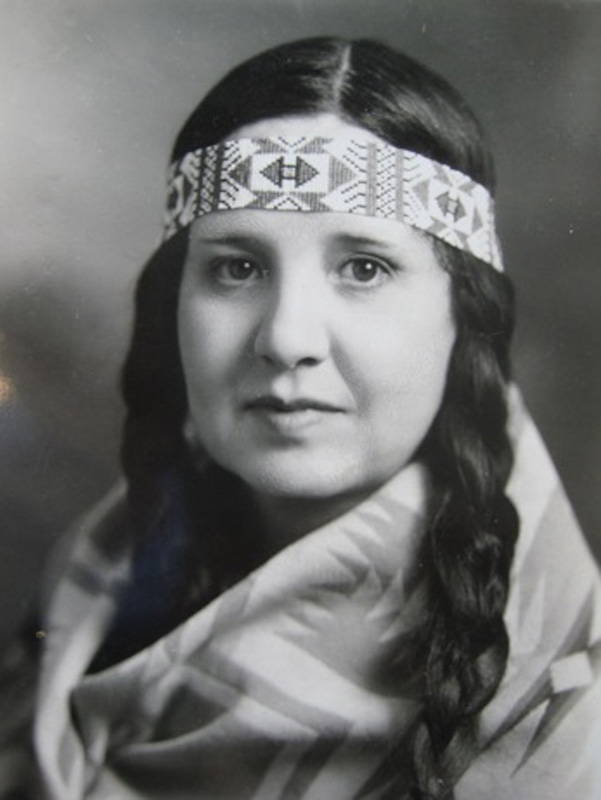 In some circles it was startling news: just last year, close readers of the New York Times learned that a cache of heretofore unknown modernist works created mostly in the third decade of the last century by an American Indian woman of Dakota descent had come to light in a handsome book-length study by her great-nephew, the prominent scholar Philip J. Deloria. This news was inevitably joined to the curious information that the artist, Mary Sully, was also the great-granddaughter of nineteenth-century portraitist Thomas Sully, whose painting is the source of “Indian killer” Andrew Jackson’s image on our twenty-dollar bill. The cultural and biographical ironies don’t stop there, but they are far less interesting and important than Mary Sully, her art, and her great-nephew Philip J. Deloria.

In 2004 Deloria published Indians in Unexpected Places and rearranged our expectations of Indian-ness by, among other things, referring to one photograph of Geronimo behind the wheel of a Cadillac and another of an Indian woman in a beaded buckskin dress sitting under a salon hair dryer to introduce five illuminating essays about Indian engagement with modernity. Two years after the publication of that book, he and his mother, Barbara Deloria, reopened a long-ignored box of Mary Sully’s art that had been passed down to her for safekeeping. Here, among some 134 sets of three-panel works done in colored pencil, or graphite, on paper, Deloria had his own encounter with an unexpected indigenous modernism unlike and apart from anything else in art history. Thus began more than a decade’s untangling of his great-aunt’s history and the reweaving of it into Becoming Mary Sully: Toward an American Indian Abstract.

Mary Sully was not her birth name. She was born Susan Mabel Deloria on the Standing Rock Reservation in 1896 to a distinguished family. Her paternal grandfather and her father were both important political and spiritual leaders in Standing Rock. Her sister, who figured more crucially in her life than anyone else, was Ella Deloria, one of the famous quartet of women ethnographers trained by Franz Boas that also included Margaret Mead, Zora Neale Hurston, and Ruth Benedict. Her nephew, Vine Deloria Jr., father of Philip, was the author of the landmark Custer Died for Your Sins: An Indian Manifesto.

Part of the story on her mother’s side is the not unfamiliar one of colonial domination. Before and after his undistinguished career in the Civil War, Alfred Sully (1820–1879), son of the painter and an occasional painter himself, was stationed on the Great Plains. In 1858 he and the Dakota woman Susan Pehandutawin had a daughter, Mary Sully (1858–1916), the artist’s mother. Notwithstanding this intimate connection, Colonel Sully later oversaw the 1863 massacre at Whitestone Hill that included women and children and the destruction of as many as five hundred tipis. He was later to boast, “I believe I can safely say I gave them one of the most severe punishments that the Indians have ever received.” By 1866 Alfred Sully was back East and married to a daughter of the Confederacy.

A dramatic family history to be sure, and yet Susan Mabel Deloria fits uneasily into its legacy by being pathologically shy and reclusive. The book offers a few theories to diagnose her condition that may not be especially persuasive, but no matter. She received a good education at St. Elizabeth’s Mission School, although she did not flourish there—or in her few brief attempts to study art and design in college. Eventually she became the constant companion of her sister Ella, moving here and there from places in the West to New York and back again as Ella did fieldwork or took jobs to support them. Money was short and always an issue. Occasionally she was left behind, but never for long. At some point in the 1920s she took her mother’s name, Mary Sully, perhaps to unlock her creative destiny, and that is where the story of her art begins.

Mary Sully was well aware of Thomas Sully’s place in American art and although her work is unlike anything else before or since, it is not wholly unconnected to that of her conventional nineteenth-century forebear. As William Keyse Rudolph and Carol Eaton Soltis pointed out in these pages, Sully was something of a celebrity hound and his portraiture “a veritable who’s who of the American and British theater over the first half of the nineteenth century.” In what she called her “personality prints,” Mary Sully was also drawn to high profile figures. She plucked hers from popular culture; many of them had appeared on the cover of Time—then arecently minted celebrity organ—and she used mainstream figures like Thomas Edison, Babe Ruth, and numerous stars of stage, screen, and music as inspiration for abstract design puzzles that tease out connections between character and culture.

At least that is one of the things they do. Exactly how they do it takes the kind of close reading that Philip Deloria excels in, though I have enjoyed decoding a few of them myself with mixed results. Her format of three stacked panels of different dimensions does not vary but how are we to read them? Perhaps it is best to try to describe them without forcing a narrative. The top panel is usually the most parsable: the rose for Gertrude Stein (Fig. 3); the gold sousaphone for John Philip Sousa (Fig. 8); diamonds and baseballs for Babe Ruth (Fig. 4). The middle panels expand the metaphor into patterned geometry; and the small bottom panels, clearly the most intriguing and with their size and placement the most emphatic, distill image and theme into an abstract that carries the influences of Plains Indian women’s art, especially quill- and beadwork.

By the time we get to the bottom panel, something dramatic has happened and here it is best to quote Deloria: “The triptychs begin in the contemporary moment, Mary Sully’s now, and look forward, beyond modern abstraction to something else, something new that emerges from the Indigenous cosmopolitanism of the bottom panels.” Another way of expressing this might be to consider how the personality prints reverse the flow of the reclusive artist’s estrangement, pulling her into the other America and then liberating her to take this America into an indigenous future. We have left Thomas Sully far behind.

We have also discarded some readymade clichés, particularly that of outsider art. Mary Sully’s work was only exhibited a few times in remote places during her lifetime and she may not have seen the work of the modernist artists that Deloria discusses in parallel with hers, but whatever she did or did not see during her years in New York, she managed to create her own form of modernism, often with a sly, sophisticated wit. You can see that quite unambiguously in Titled Husbands in the USA, an amusing visual report on the union of down-at-the-heels European nobility with American heiresses much in the news at the time (see Fig. 1); many of the personality prints have similar moments. Then, too, the illustrations she did for ethnographic works by her sister attest to her participation in one of the most central intellectual developments of the time. Message received: you can be sui generis without in any sense being an outsider. You are simply . . . unexpected.

Mary Sully lived until 1963, but by the late 1930s or early 1940s she had stopped making her panels. Before that happened she produced a trio that may be a kind of summation, perhaps even a statement that this work was done: Three Stages of Indian History: Pre-Columbian Freedom, Reservation Fetters, the Bewildering Present (Fig. 5). It is not a personality print but it is a dense and challenging work of art. The title actually only describes the top panel, which is divided into the three stages mentioned with a fourth section, the top one, depicting disembodied legs (some in denim, two in pinstripes and spats) that appear to trample the brown figures with upraised arms below it. To whom do those legs belong? Do you need to ask?

There are many reasons to read this book; Deloria’s decoding of this work is one of them. He takes us from the predominantly green pre-Columbian section of the top panel depicting a women’s world of art making and child rearing through the barbed wire of reservation life and the grim sections above it, where women seem to disappear, to the big middle panel, where the motifs in all these sections are recombined in a flowing modernist design. And then there is the small bottom panel, a glimpse of futurity, where, we know by now having read this far, colors and motifs saturated with Indian meaning overwhelm barbed wire.

I am telescoping and inevitably coarsening a nuanced description that has a great deal to do with women as the carriers of Indian culture, something central to Ella Deloria’s ethnographic work and distilled quite brilliantly in her sister’s rediscovered art. For Mary Sully, creating her own version of modernism enabled her to gather up the past while limning an Indian future, and that future, as she was able to envision it in this work at least, was female. What you carry away from this beautiful book, apart from no small appreciation of the art, is something, once again, unexpected.