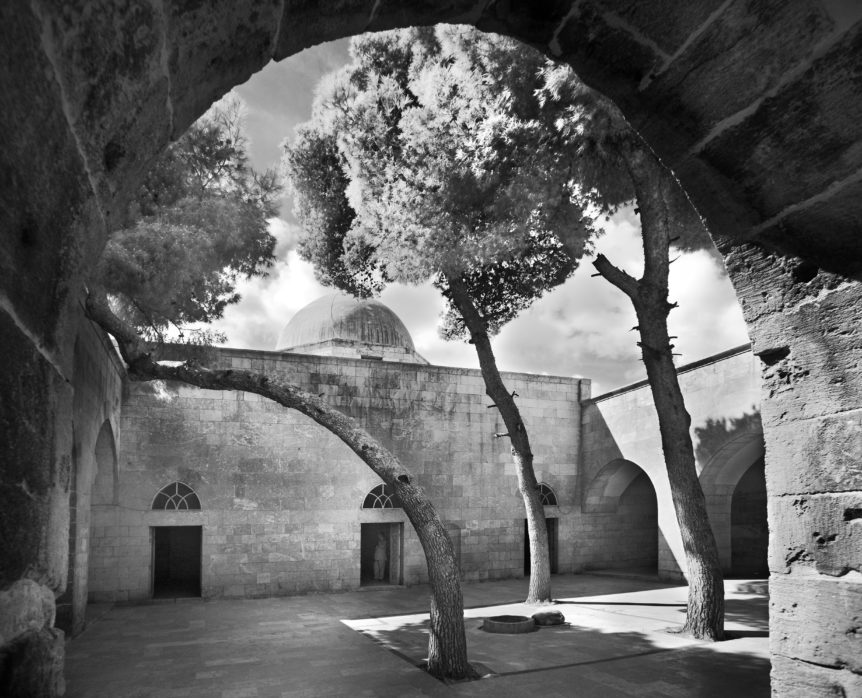 In these images, ancient stoneworks laid by Romans, Byzantines, Mamluks, and a handful of other civilizations of the remote past blend in with the dusty ground as if produced by the desert itself. Aaron learned a few tricks from his mentor, architectural photographer Ezra Stoller, and his use of infrared film increases the stone’s apparent albedo, giving many of the gleaming buildings, especially those that rose from the sand at sites like Palmyra, a haunted aspect. The film changes the look of foliage, too. A shepherd leading his flock along a highway near Damascus seems to walk through an alien landscape, where every plant is a burning bush, their leaves like tongues of white-hot flame.

Much of Palmyra, one of the archaeological treasures of early Western civilization, was of course barbarously dynamited by ISIS militants in 2015. Aaron’s captions for his photos confirm that many of the other places and lives depicted here have been irreversibly altered by the war, if not outright destroyed. The irony—that what had survived for millennia would end up testifying to the ever-increasing efficiency with which humans undo their own achievements—is heavy.