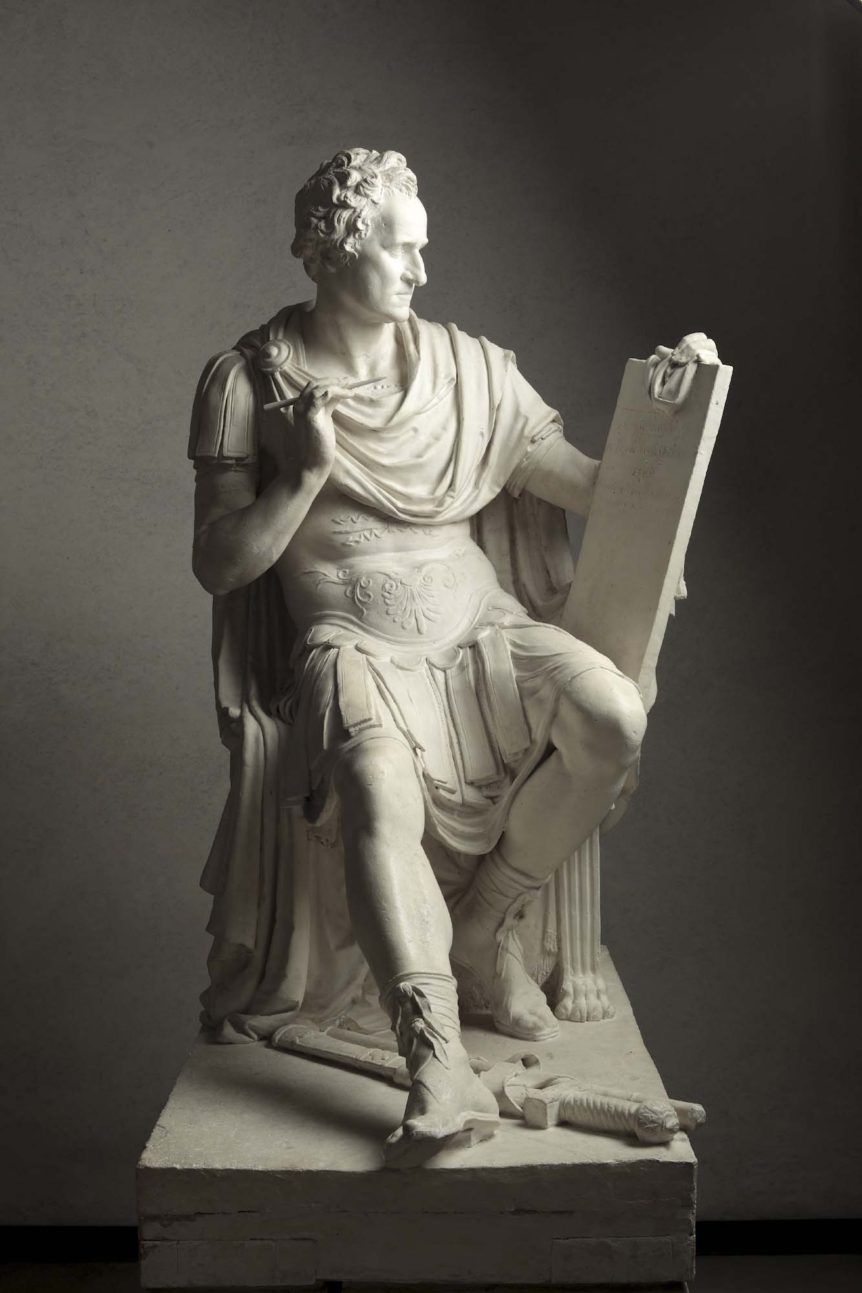 Still flushed with national pride after the War of 1812, the North Carolina legislature decided to commission a statue of George Washington for the state capitol in late 1815. An artist recommendation was solicited from Thomas Jefferson, who replied: “There can be but one answer to this. Old Canova of Rome. No artist in Europe would place himself in a line with him.”

Then as now, Antonio Canova (1757–1822), was considered the great sculptor of neoclassical style. The balance and grace of his work drew patrons that included Napoleon and the pope. Per Jefferson’s further suggestion, Canova sculpted Washington in the garb of a Roman general, in the act of writing his fare-well address to the nation. The statue arrived in Raleigh to great fanfare in 1821, but just ten years later it was destroyed when fire swept through the state house. (A marble copy was not made until 1970.)

This summer, the Frick Collection in New York is exhibiting Canova’s full-size plaster model of the sculpture, on loan from the Gypsotheca e Museo Antonio Canova in Possagno, Italy. As depictions of the Father of His Country go, Canova’s is perhaps rivaled in oddity only by Horatio Greenough’s brawny, seminude version of 1840, now in the National Museum of American History. Far from the stern and stoical leader we are used to, Canova’s Washington seems a rather sensitive figure, with his headful of tousled curls and stylus delicately poised above the writing tablet.