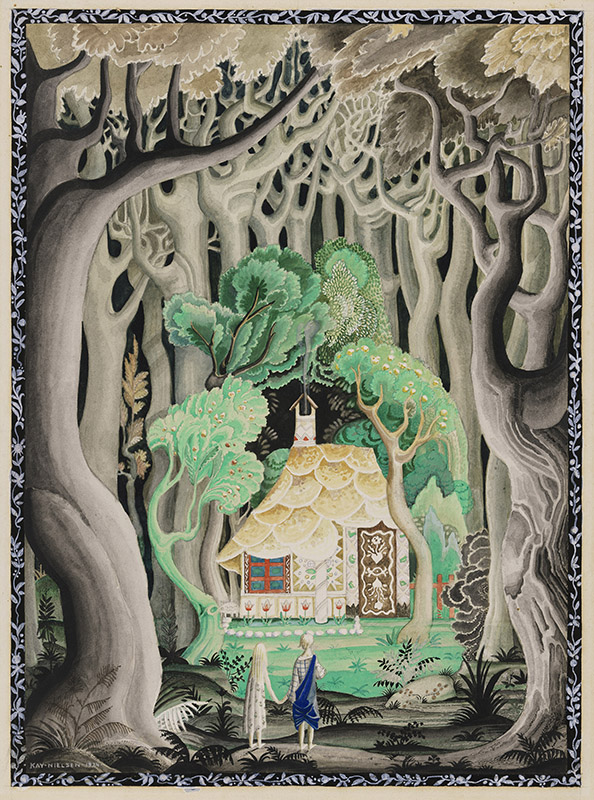 As the Brandywine River Museum surveys the art of N. C. Wyeth, the Museum of Fine Arts, Boston celebrates the work of another master from the “great age of illustration” around the turn of the twentieth century: the Danish artist Kay Nielsen.

Born in Copenhagen and the son of actors, Nielsen would study at the Académie Julian in Paris at a time when the school was moving away from starchy academicism to a looser approach in step with the art nouveau movement. Nielsen developed a style reminiscent of that of Aubrey Beardsley, depicting lush environments populated by slender figures with attenuated bodies and, often, a vaguely sinister aspect.

Nielsen received his first commission for book illustrations while living in England during the years before and during the First World War, and would win worldwide fame for his illustrations of the stories of the Brothers Grimm and Hans Christian Andersen in the 1920s. In 1936 he took a job in Hollywood for the Walt Disney company, where most notably he conceived the “Night on Bald Mountain” sequence in Fantasia. The MFA show will include more than forty-five of Nielsen’s watercolors, drawings, and illustrated books and comes as part of a mini revival of interest in the artist. In 2016, Taschen reissued his masterwork East of the Sun and West of the Moon, a collection of Norwegian folk fables.