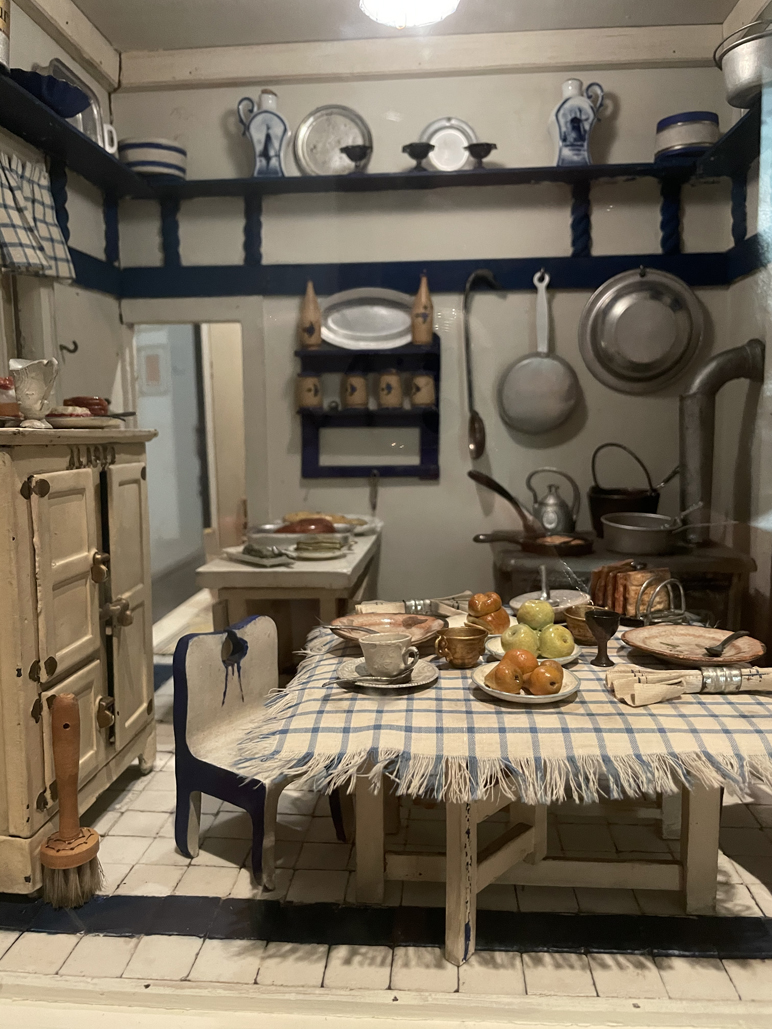 In celebration of its 75th anniversary this year, the Museum of the City of New York has reinstalled the famed Stettheimer Dollhouse in an expansive new space with an accompanying exhibition, entitled The Stettheimer Dollhouse: Up Close. The dollhouse is a treasure of the MOCNY for good reason – an impressive and precise work created over the course of almost 20 years that recreates in miniature the art-filled and artful home that Carrie W. Stettheimer and her sisters, the painter Florine and the writer Ettie, inhabited in 1920s New York.

Carrie channeled her energies into the dollhouse as a means of keeping in touch with her artistic and theatrical design interest, both of which were affected by her obligation to run the household. Among its many rooms, the ballroom is considered one of the most outstanding, featuring miniature works of art that had been given to Carrie by some of the leading names of modern art in New York in the 1910s and 1920s; the likes of Louis Bouché, Gaston Lachaise, Marguerite and William Zorach. Florine Stettheimer is represented in the exhibition with several reproductions of portraits of herself and her sisters and their party-arty milieu.

The new exhibition space is a dedicated gallery, featuring the dollhouse itself encased in a central glass pillar, numerous biographical and related works, as well as enlarged photographs of the dollhouses’ interior. Some of the rooms, such as the miniature gallery, are “layered” in such a way that a clear view is obscured from the glass – these spaces have been photographed by Ali Elai and are showcased on the far wall of the room. Features and details of the miniatures in each of the 12 rooms are explained on plaques, but an audio tour (available via Urban Archive) delves into even more exquisite detail.

Ettie Stettheimer donated the dollhouse to the MOCNY in 1945, noting: “I feel certain that no repository would have been more satisfactory to her than the museum of her own city.” There is little doubt that this treasure sits exactly where it belongs; where the artistically minded residents of New York and visitors to the city can feel the particular kinship that only truly personal art can inspire.

See more from the exhibition by watching on Instagram.