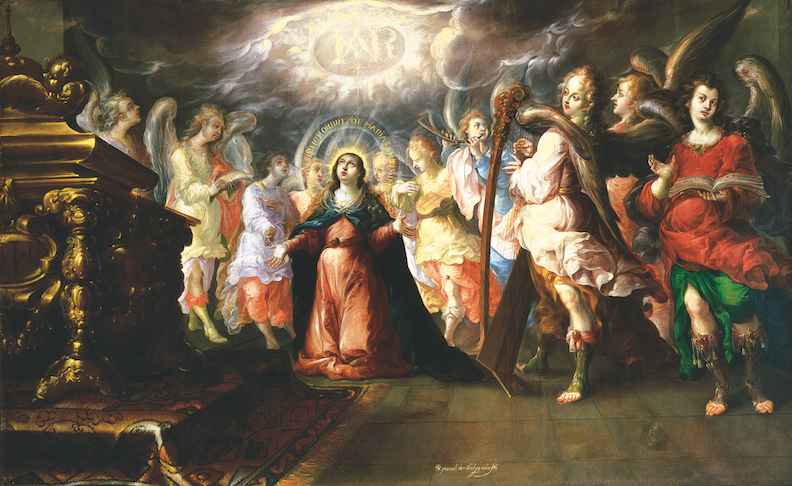 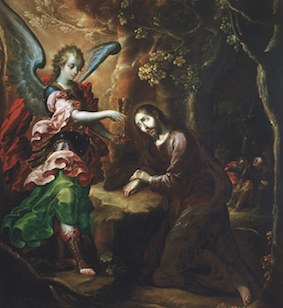 In the closing years of the seventeenth century, Cristóbal de Villalpando was, in all likelihood, the best-known painter in the New World—and most of us have never heard of him. In his native Mexico he is a little better known, but not much. Thus, a new exhibition at the Metropolitan Museum of Art (in conjunction with the Fomento Cultural Banamex, A.C., in Mexico City), which has brought together eleven of this artist’s best works, represents a most welcome act of curatorial initiative.

It would be pleasant to report that a great master now stands revealed to the larger world, but that is not the case. Like every other Eurocentric painter in the Americas—as distinct from truly indigenous artists—Villalpando (c. 1649–1714) was a servile, though wayward, follower of trends that were initiated half a world away and that, by the time they reached the shores of Veracruz, had largely spent themselves in their lands of origin. 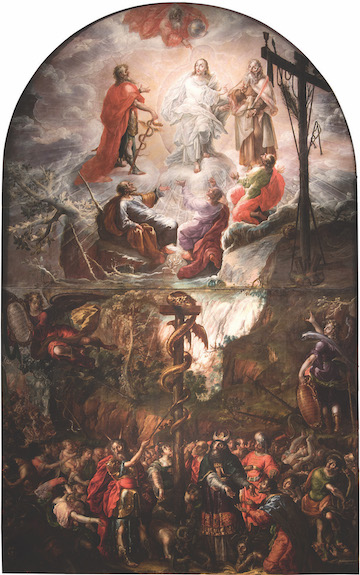 But if most of the Eurocentric painters of the Spanish empire fell short of their sources, and so provide little real aesthetic reward, the dazzling color and incident of Villalpando’s paintings often break through to the power of the originals. is is especially remarkable since the artist, who never left Mexico, may never have seen a first-rate Old Master painting in his life, and the European artists who reached the New World were decidedly second or third rate. And so, through unenviable circumstance, Villalpando was forced to conjure, from nothing more than colorless engravings, some- thing of the glory of their sources.

The result is a hybrid that looks fundamentally different from anything you will find in Europe. It is almost as though Villalpando were an outsider artist, gazing longingly into the palace of art, from which he had been debarred for life. Unlike those artists of Rome, Naples, and Seville who inspired him, Villalpando was not trained in any specific mainstream style—mannerism, Caravaggism, or anything else—and his work is an anachronistic jumble of whatever prints came his way. As a result, he can swerve at a moment’s notice from the early tenebrism of Ribera to the baroque dreamscapes of Valdéz Leal and the late mannerism of the school of Prague.

In one of his earliest and best works, The Agony in the Garden (Fig. 1), a sickly, suffering Christ is greeted by an angel, while his apostles slumber amid the darkened recesses in the painting. The angel is possibly the finest thing Villalpando ever painted, a proud presence for which few contemporary artists of Rome or Naples would disdain to claim authorship. The pale flesh of the angel’s face and outstretched arm rises against a mist of gilded radiance, while his blue wings possess a tensile force that carries in nite conviction, and his pink and green robes billow with the best draperies of the Continental baroque. Something of that charm can be found as well in the angels in The Holy Name of Mary (Fig. 2), from twenty years later. 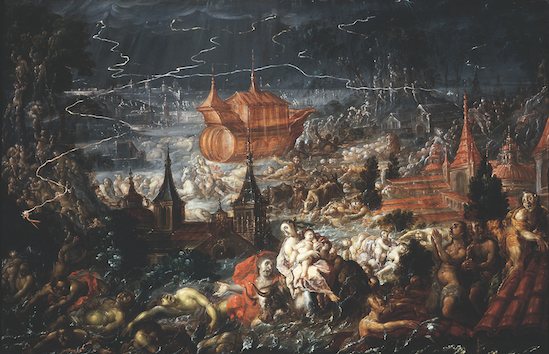 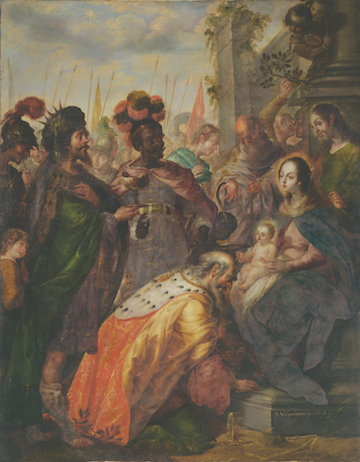 Equally compelling, but in a very different way, is the artist’s Moses and the Brazen Serpent and the Transfiguration of Jesus (Fig. 3), from 1683, which occupies the grand altar of the cathedral in Puebla, a city sixty-six miles southwest of the nation’s capital. In terms of subject matter, it is hard to find another colonial work as brazenly ambitious as this massive painting, twenty-eight feet high and fourteen feet across. There is, to be sure, a sense of episodic disconnectedness between its upper and lower halves, but that is a problem that Titian and Tintoretto encountered and resolved with scarcely greater skill. The nearly seamless linkage of the rocky outcropping on which the apostles sit in the upper zone and the hilly landscape below is deftly done. There is so much incident in this titanic canvas—the winged serpent, a clamorous crowd, an airborne Christ sitting atop a cloud—that we almost forget how skillfully the parts have been integrated. Even though the figures in the crowd below betray the woozy distortions of international mannerism, other details, like the darkened cross that oats in the upper right, reveal a startling realism. 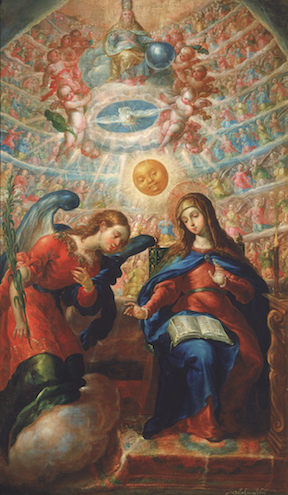 For his depiction of The Deluge (1689) (Fig. 4), Villalpando has clearly gotten his hands on a print of a late sixteenth- or early seventeenth-century mannerist landscape from the Netherlands. Darkness covers the flooded earth, shrilly illuminated here and there by serpentine ashes of lightning. With the ark rising in the rear, the spires of a medieval town are already partially submerged. As most of the inhabitants head for the tall timbers, a woman in the center of the composition sits atop an ox, clutching her infant children to her breast. The Deluge is a study in darkness and disaster. By contrast, Villalpando’s late Annunciation (Fig. 6) is a depiction of radiant bliss. As the archangel Gabriel appears before Mary, whose figure owes much to both Raphael and Titian, the upper reaches of the image are arrayed in tiers of seraphs that encircle God the Father and the Holy Ghost. Between them and the virgin oats an unlikely image of the sun, beautifully painted with a jovial and all too human face.

The average museum-goer who is even glancingly acquainted with the art of the baroque will surely have seen better and more compelling works than the eleven included in this show, whether in reproductions or in the flesh. And yet, Villalpando is without doubt a painter of energy and charm. It takes only a small act of sympathy and imagination to understand how, for his seventeenth-century compatriots in the Viceroyalty of New Spain, each of these Mariolatrous paintings would have seemed not only to depict, but quite possibly even to incarnate, a miracle.

Cristóbal de Villalpando: Mexican Painter of the Baroque is on view at the Metropolitan Museum of Art through October 15.