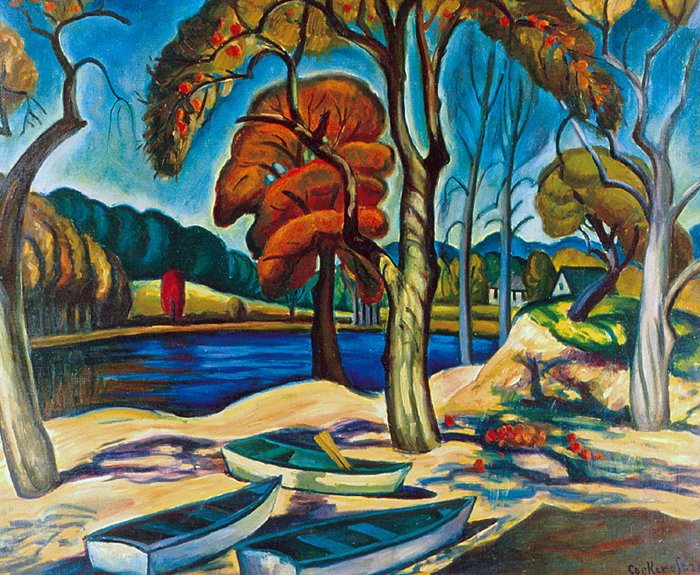 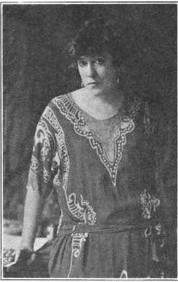 Edith Varian Cockcroft wearing one of her silk blouses, published in The Woman’s Journal, 1921. Photograph by Tornello, courtesy of Eve Kahn.

Back in January, a painting at Skinner Auctions’ sale of American and European Works of Art caught the eye of journalist and historian Eve M. Kahn. It was striking: a seated, semi-nude woman wearing a long, flowing train, tightly cropped and rendered with deft, impressionistic brush strokes. Kahn was eager to learn more about the artist, Edith Varian Cockcroft (1881–1962), but the facts of the Brooklyn native’s life proved elusive. “When I first researched her name online, I realized that every source seemed to be quoting or misquoting one another,” writes Kahn. To remedy the situation, she tracked down the artist’s former acquaintances and dug up long-form published interviews and reviews of Cockcroft’s work. What she discovered is a Renaissance woman—a painter, couturier, textile designer, inventor, and ceramicist; a world-traveler and pupil of William Merritt Chase—who’d very nearly been lost to the ages.

Kahn is writing a feature article on Cockcroft that will appear in the November-December issue of The Magazine ANTIQUES, and will also present a summary of her research in a lecture at Harmony Hall in Sloatsburg, New York, on October 14. Visit Friends of Harmony Hall’s website for details.