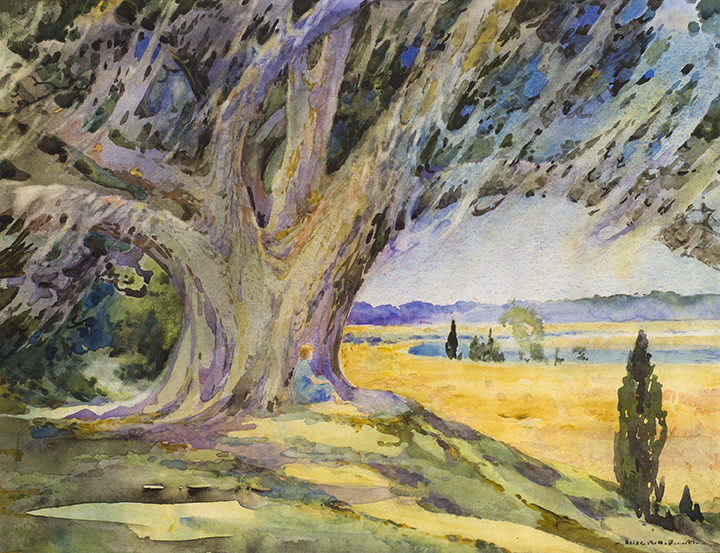 Alice Ravenel Huger Smith wrote in her Reminiscences that Middleton Place, the family seat of her Middleton ancestors, reminded her of “a jewel thrown down in the green woods.”

Over time she filled three sketchbooks and created more than a dozen watercolors depicting life on the plantation, today a National Historic Landmark near Charleston, South Carolina. This year marks the 275th since Henry Middleton began the landscaped gardens there, the oldest and perhaps most important in America, and to celebrate the anniversary, a two-part exhibition of Smith’s work will open this fall at Middleton Place and at the Edmonston-Alston house in Charleston.

Born in Charleston in 1876, Alice Smith maintained strong ties to Middleton Place throughout a lifetime of writing, painting, and drawing—a career instrumental in fueling the cultural renewal later called the Charleston Renaissance. Her art served to preserve the past and record the present with an eye to the future. Her watercolors of the plantation and depictions of herons and egrets in the swamps and marshes of the Low Country also prompted her passion for conserving natural habitats.

The combined exhibition will feature forty-six paintings, including three family portraits, as well as three sketchbooks, a children’s book, and other publications illustrated and/or written by Smith, and archival photographs illustrating her personal and family life.