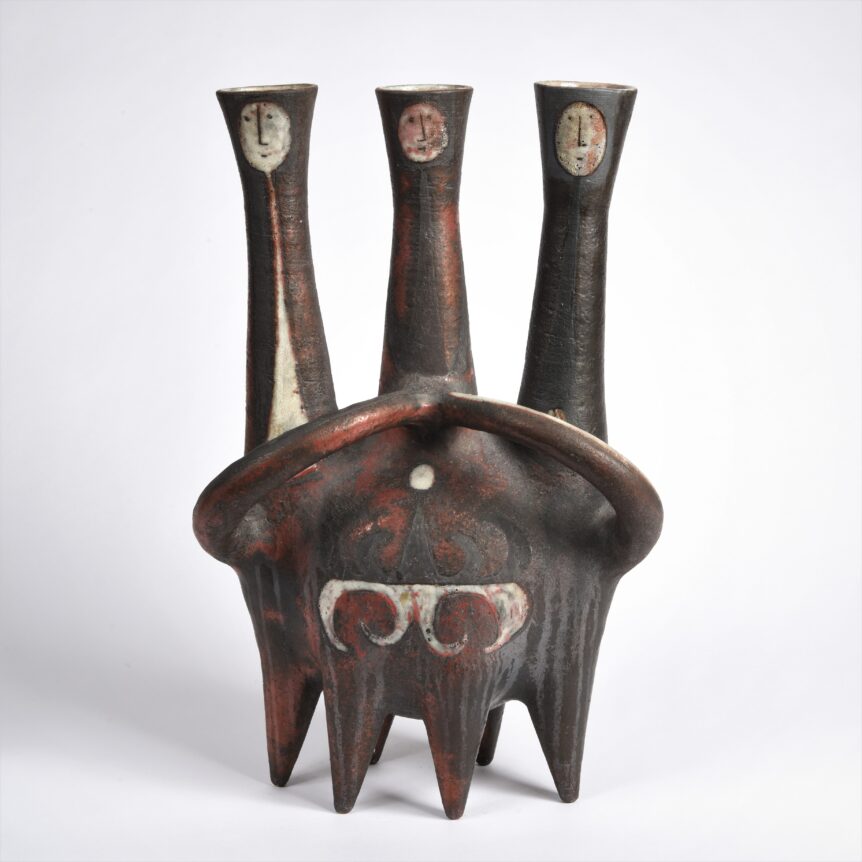 The first design fair in New York this year returns with a bang for its tenth-anniversary. A full complement of special exhibitions will be installed throughout the opulent reception and company rooms designed by Tiffany, Stanford White, Herter Brothers, and Pottier and Stymus. In the library, which contains one of two extant interiors by Tiffany in the world, the Brazilian jeweler Silvia Furmanovich (see below) will display recent work that takes its cue from the Amazon Rainforest; New York–based furniture and lighting manufacturer Avoirdupois will show sculptures from the firm’s new “Maleficence of Man” collection; and Didier, of London, which specializes in artist jewelry, will devote significant space in the South Hall to jewelry made by women. All that, of course, is only a sampling.

Alongside the exhibitors and special exhibitions, a pair of special events has been scheduled to divert visitors to the fair. Interior designer Valerie Name Bolaño will debut her clothing brand Spoliā with a line of designs made from recycled fabrics, and NYC Jewelry Week (which opens in multiple venues across the city on November 15) presents a conversation about Wallace Chan’s gem-studded butterfly jewelry.

Below are some of our favorite items to be shown at this year’s edition of the fair:

Jean-Marie Fiori’s Sumer cabinet is fronted with patinated bronze animals in bas relief; on top perches a bird of prey.

Steen Ipsen’s Ellipse 3, 2021, is one of several amoebic design items on offer at the fair.

The classic swept-back style of the Seagull chair by Gosta Berg and Stenerik Eriksson for Danish firm Fritz Hanson, 1960s, seduces us every time.

If we were to wager which piece at Salon would be most likely to make visitors gasp, our money would be on this coffee table by Paul Evans. Extremely rare, the table’s welded panels were originally intended for cabinet faces or as stand-alone sculptures before Evans repurposed them.

A pair of deceptively simple mid-century side chairs by Carlo Mollino, 1953, finely crafted out of solid oak.

This three-and-a-half- by five-foot tapestry, c. 1975, was one of six designed by Alexander Calder for the 1976 American bicentennial, and was woven by Pinton Freres in France.