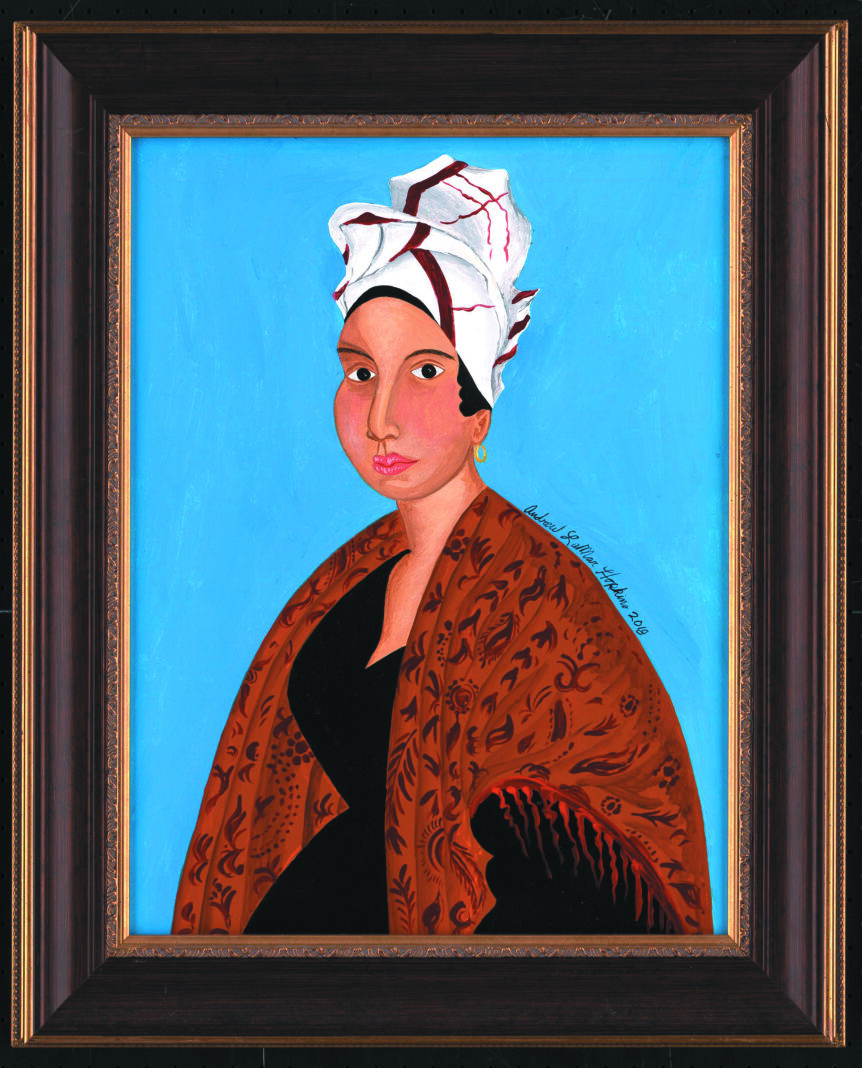 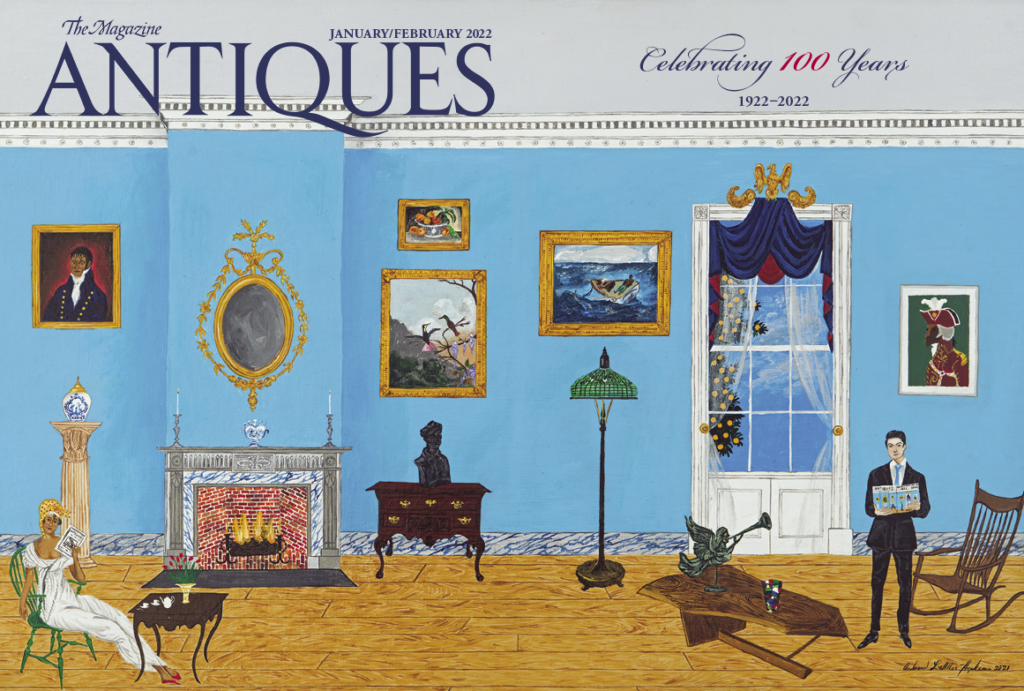 The Magazine Antiques, The First One Hundred Years by Andrew LaMar Hopkins (1977–), 2021. Photograph by Alister Alexander/Camerarts, New York, courtesy of the artist.

The self-taught painter Andrew LaMar Hopkins has enjoyed a remarkably rapid rise to prominence in the contemporary art world. Having made a name for himself in his hometown of New Orleans, he came to national attention when his work was offered at the 2020 edition of the Winter Show art and antiques fair in New York. Glowing profiles in such publications as the New York Times, the Wall Street Journal, and Architectural Digest followed, and last year the National Gallery of Art accepted one of his portraits into its collection. Now comes a new mile- stone: Hopkins’s first museum retrospective. Creole New Orleans, Honey! The Art of Andrew LaMar Hopkins opens in November at the Cabildo, the one-time seat of Spanish colonial power in New Orleans that is now part of the Louisiana State Museum system. 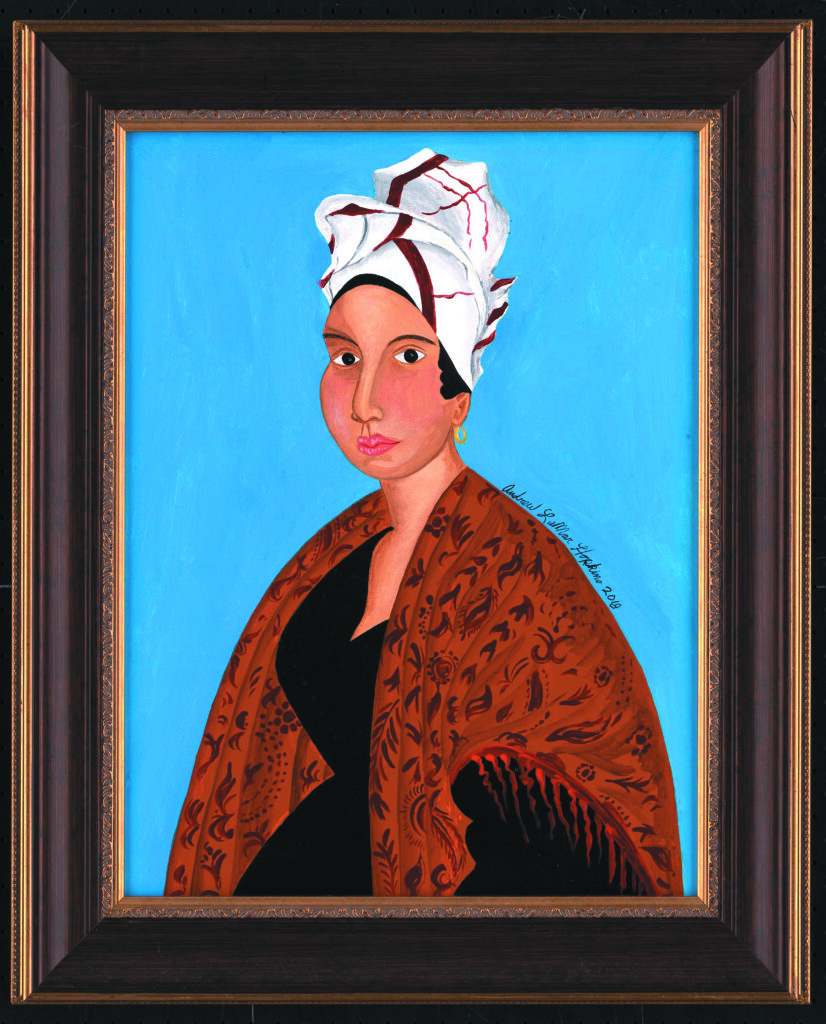 The reasons for Hopkins’s swift success are clear and many. His idyllic depictions of Creole life in nineteenth- century New Orleans have an engaging narrative quality. The works are executed in vibrant colors in an appealing faux-naïf style, but Hopkins couples this with fastidious attention to period architecture, furniture, and costume. “Hopkins has single-handedly breathed new life into an all-but-forgotten corner of American art and culture—that of the free Creoles of color in antebellum New Orleans and its environs,” John Berendt, author of Midnight in the Garden of Good and Evil, wrote in a profile of Hopkins that appeared in our pages earlier this year. “Hopkins’s Creole paintings depict a sunny Utopia of ease and refinement. Top hats and cutaways are typical garb for his somewhat dandified gentlemen, exquisite robes and gowns for the ladies. Rain clouds never darken his skies.” (See “Conjuring a Creole Past,” January/February 2022.)

Hopkins’s painting The Magazine Antiques, The First One Hundred Years* provided the cover art for that issue, the first of our centennial anniversary year. We are pleased and proud to note that the painting will be among the artworks on view at the Cabildo. 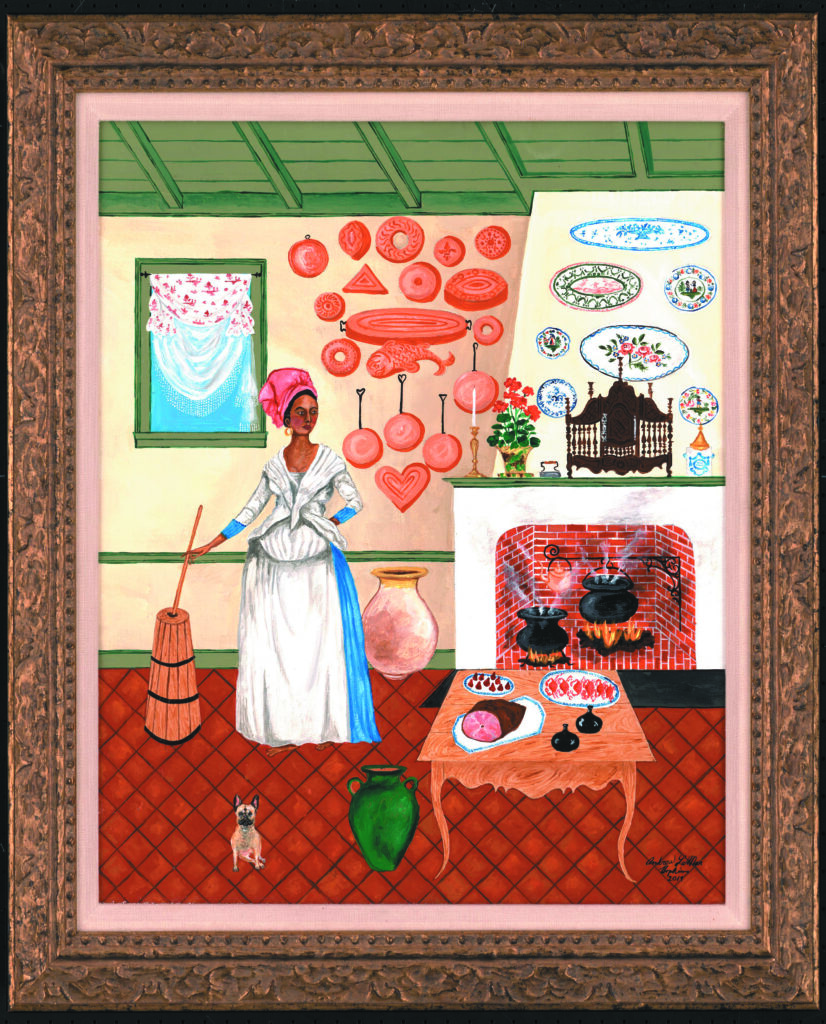 *A few fine art prints of the painting from a limited edition of twenty-five, signed and numbered by the artist, are still available. The print is accompanied by a key that identifies the artworks and furnishings depicted. If interested, contact our publisher, Don Sparacin, at don@themagazineantiques.com