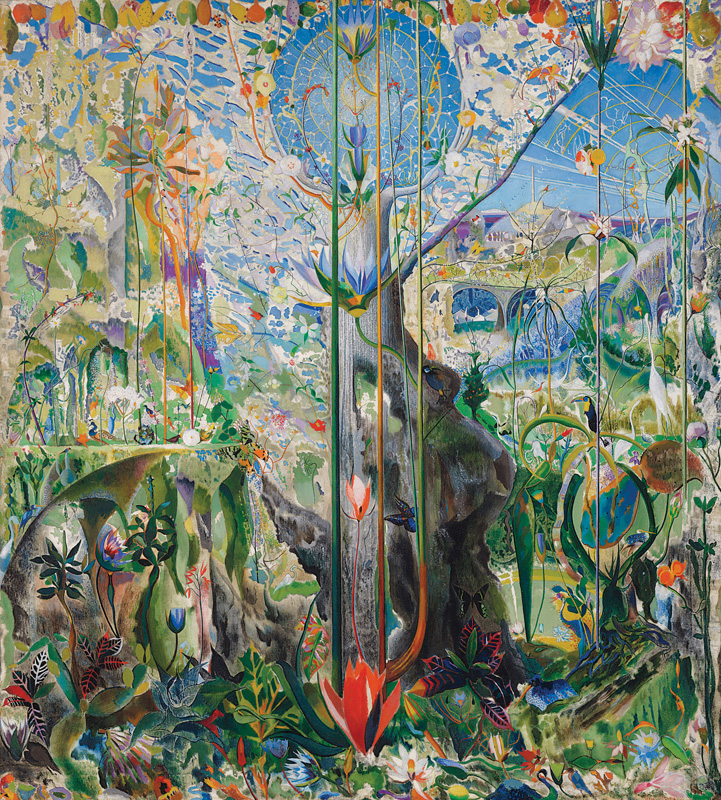 A common complaint in the art world is that museums stockpile artworks only to hide them. A survey conducted by Quartz in 2015 found that among major museums in the US and abroad, most only display approximately 5 percent of their holdings.

How to get more eyes on art that would otherwise sit in storage? One way is offered by institutions like the venerable American Federation of Arts, which for more than one hundred years has been organizing touring exhibitions of works on loan from museums. Similarly, since 1984 the Broad Art Foundation has loaned art and objects from its own collection and that of its founders, Eli and Edythe Broad. The most significant addition to the ranks of these art-sharing organizations is Art Bridges, the brainchild of Walmart heir Alice Walton, who launched the nonprofit foundation in 2016.

Something of a hybrid between the Broad Art Foundation and the AFA, Art Bridges loans objects from its own collection (separate from that of Crystal Bridges Museum of American Art in Bentonville, Arkansas, also founded by Walton), while also producing exhibitions from other institutions’ collections. Art Bridges’ model is project-based. Institutions are encouraged to apply to the foundation’s staff of museum professionals for help in developing ideas for exhibitions, ranging from single objects to full-scale traveling shows. Art Bridges handles a good deal of the dirty work (contracting with curatorial advisors, collections-care experts, and exhibition producers, networking with loaning institutions, etc.). Ordinarily, the foundation will also fund a percentage of associated costs—for crating, shipping, insurance, printing wall texts, and installation—traditionally borne entirely by borrowing institutions.

The foundation currently has nine shows in development or “available” (ready to travel when suitable venues are found), including an exhibition of some sixty artworks from the American Folk Art Museum; a show of works on paper by early North American artist-adventurers like George Catlin and Peter Rindisbacher; and a sampling of contemporary photography from the Whitney Museum’s deep holdings of prints by the likes of William Eggleston, Cindy Sherman, and Robert Mapplethorpe.

Art Bridges is keenest to collaborate with small regional museums, “where the ambitions are quite a bit greater than the operating budget,” as William Coleman, director of collections and exhibitions at the Olana State Historic Site in Hudson, New York, puts it. With the help of Art Bridges, his institution is co-curating an exhibition of paintings by Martin Johnson Heade, Frederic Edwin Church, and Thomas Cole—as well as work by daughters of the latter two Hudson River school painters—with the cross-river Thomas Cole National Historic Site. The show is slated to go on view at Olana in May and then will travel.

While Art Bridges’ CEO Paul Provost admits that it generally makes more fiscal sense for the foundation to borrow works than to purchase them, Art Bridges has accumulated a small but diverse collection of American art. About eighty pieces strong, it encompasses paintings, sculptures, and photographic prints from the 1830s to 2019 by artists who range from Childe Hassam to Jeff Koons and Kerry James Marshall. Highlights include Joseph Stella’s hallucinatory Tree of My Life—acquired from Christie’s for $5 million in 2018—a 1930s work that combines American modernism with the futurism and surrealism that the artist encountered in Europe; Horace Pippin’s first Holy Mountain painting, dated June 6, 1944, D-Day; as well as In Exaltation of Flowers, a series of seven panels painted by Edward Steichen for Washington Post publisher Eugene Meyer, recently deaccessioned by the Museum of Modern Art and on view at the Mennello Museum of American Art in Orlando, Florida, until January 12.

It’s still early, but if the busyness of the foundation—and a board that lists such eminences as MoMA director Glenn Lowry and Ford Foundation president Darren Walker — is any indication, its future is bright. “Art wasn’t accessible to me as a child,” Walton told CBS at the time of Crystal Bridges’ opening in 2011. She ensured that the kids of Arkansas can grow up visiting Rosie the Riveter and Asher Durand’s Kindred Spirits, and now, through Art Bridges, she’s created a conduit by which masterpieces may soon arrive in a regional museum near you.