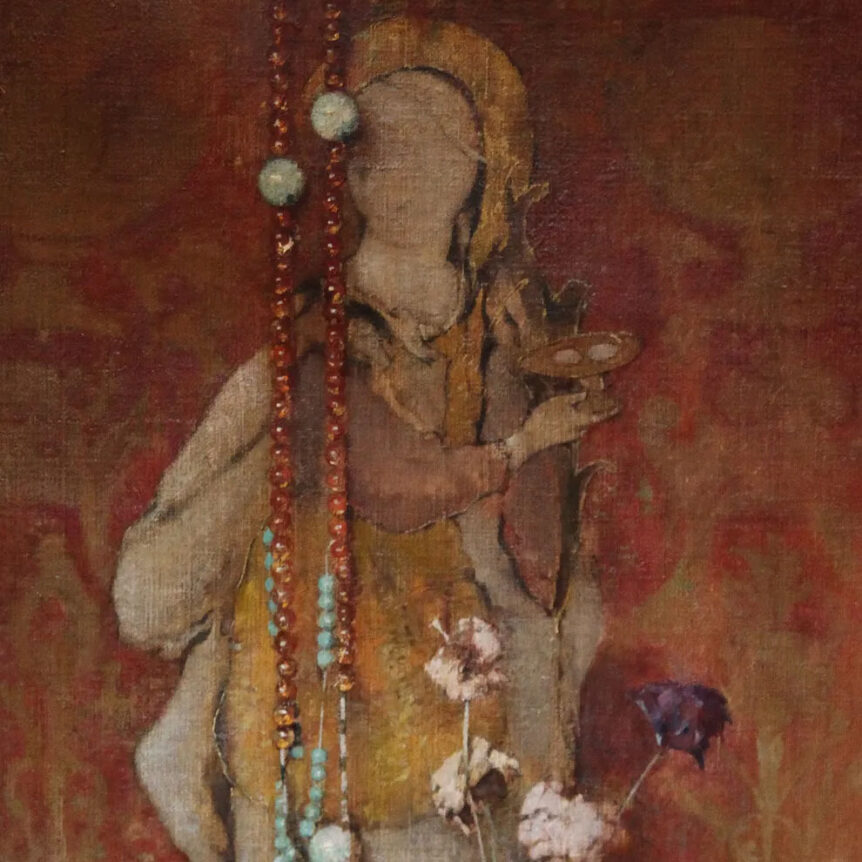 The art of Emil Carlsen (1848-1932), a brilliant, yet today under-sung, member of the American Impressionist school of painting in the decades bracketing the turn of the 20th century, is being celebrated in an exhibition at the Salmagundi Club in New York, the first significant show of Carlsen’s work in decades. Emil Carlsen: Private Collections presents some 36 of his paintings, highlighting both his landscapes and the still lifes for which Carlsen is best known.

Carlsen was born in Denmark and studied architecture in Copenhagen before emigrating to the United States in 1872. He lived a peripatetic life for decades, working at jobs as various as draftsmanship, etching, and teaching while he tried unsuccessfully to establish himself as a full-time artist. He worked constantly to refine his technique, and along the way developed lifelong friendships with fellow artists such as William Merritt Chase, Julian Alden Weir, and Childe Hassam.

Carlsen’s landscape painting reached full flower in the first decade of the 20th century—creating rich, pastel-toned plein air scenes full of clouded skies and dappled sunlight. But he made his name and, at last, his fortune with still lifes. He was “the greatest American still life painter of the 20th century,” says William Indursky, curator and executive director of the Salmagundi Club.

The late art historian William Gerdts concurred, writing of Carlsen’s still lifes: “What makes the paintings beautiful is Carlsen’s sensitivity in arrangement—large shapes are juxtaposed with small flat forms and tall ones, their outlines are often united in refined harmonious curves. and are placed backward and forward on their limited support surface to allow for ‘breathing room,’ for slow movement in space.”

What’s more, Indursky says, Carlsen was “an artist’s artist”—constantly striving to perfect his methods, and, as a teacher, offering thoughtful prescriptions on the approaches one can take to painting. Carlsen’s strengths were “the beauty and integrity of his paint application and his sensitivity to color,” says Thomas Colville, a fine art dealer who has been a Carlsen aficionado since the 1970’s. “He was an artist able to take an otherwise ordinary subject and make it poetic.”

The Salmagundi Club is located at 47 Fifth Avenue (at 12th Street) in New York City. Please visit salmagundi.org for further information about the exhibition.