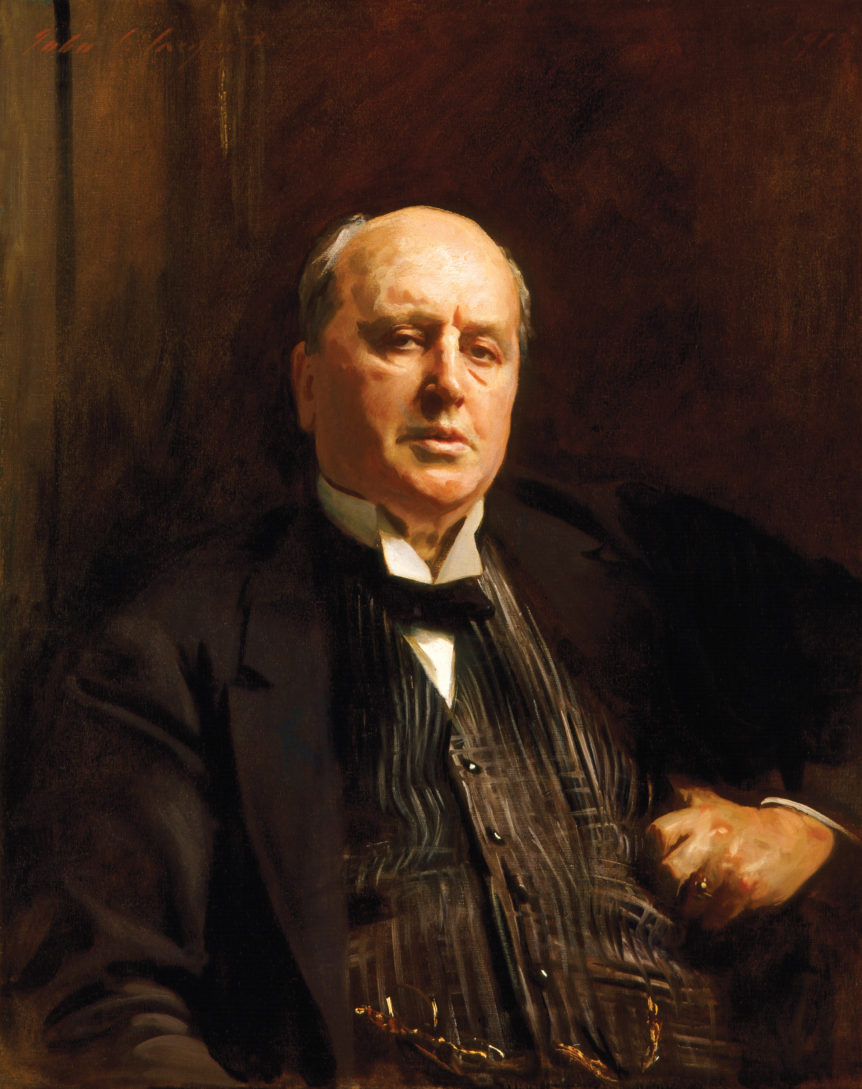 Like everything having to do with Henry James, the Master’s relationship with his native country cannot be expressed in words any less nuanced than those in the most ornate sentence of a late novel such as The Golden Bowl; in other words, it cannot be encapsulated at all. James’s long association with American art, as exhibited in the Morgan Library’s Henry James and American Painting, is probably one way for an observer to understand how James saw himself as an American and as an artist whose ambitions, themes, and methods were allied with some few painters, friends mostly, who worked as he did, abroad: John Singer Sargent, Frank Duveneck, Elizabeth BoottDuveneck, and, to some extent, James McNeill Whistler among them.

Still, the exhibition will come as a surprise to many readers familiar with those pivotal Jamesian scenes set in European museums or centered on a European work by an artist such as Bronzino or Titian. Although there are not many American works of art here amid the Morgan’s manuscripts, letters, and photographs, they are supplemented by a solid catalogue with important essays by the novelist Colm Tóibín (who, with the Morgan’s Declan Kiely, is one of the show’s two curators) and art historian Marc Simpson that will point readers to many more. Both the exhibition and the catalogue should send readers back to the books with a keener sense of what Henry James wanted the novel to do.

I went back to his late autobiographical work, A Small Boy and Others, a fond account of his early years, to discover that Thomas Cole’s immense View of Florence from San Miniato (1837, now in the Cleveland Museum of Art) hung in the front parlor of the James family’s Manhattan house. I learned also that this work was eclipsed for the boy by one of the most thrilling moments of his childhood: being allowed out past his bedtime with his brother William to see—“as if going to the theatre”—an exhibition of Emanuel Leutze’s Washington Crossing the Delaware. Leutze! He loved it. How American but how un-Jamesian! And, yes, the mature James has nothing good to say about the melodrama of this gigantic canvas (“lividly dead,” he called it), and yet it points the way toward what, by contrast, he did value in the artistic creations of his countrymen and women.

Sargent was Henry James’s ideal painter, and the portrait, his ideal form. But long before James saw his sensibility as somehow completed by or united with Sargent’s, he was to find his master in John La Farge. As young men, Henry and William James studied art in pre–Gilded Age Newport, where they met La Farge—eight years Henry’s senior—whose handsome portraits of the brothers are in this exhibition (Fig. 3). William was a talented artist who thrived under the instruction of William Morris Hunt; Henry was not, but he may have benefited more than his brother from this interlude. For one thing, he absorbed La Farge’s view that all the arts are one—a belief to which the painterly aspects of his novels owe so much.

It was La Farge, moreover, who introduced James to the works of Balzac, a writer whose complete immersion in his characters and their social milieu taught him a great deal, despite the two writers’ evident differences in sensibility. (James’s late tour of America recounted in The American Scene was financed, in part, by his lectures on Balzac.) Tóibín, the author of The Master—a keenly observed novel about James—points out that La Farge was also a great talker, whose sentences poured forth, according to Henry Adams, with infinite shades and refractions of light and with color toned down to its finest gradations.” That has a familiar ring. 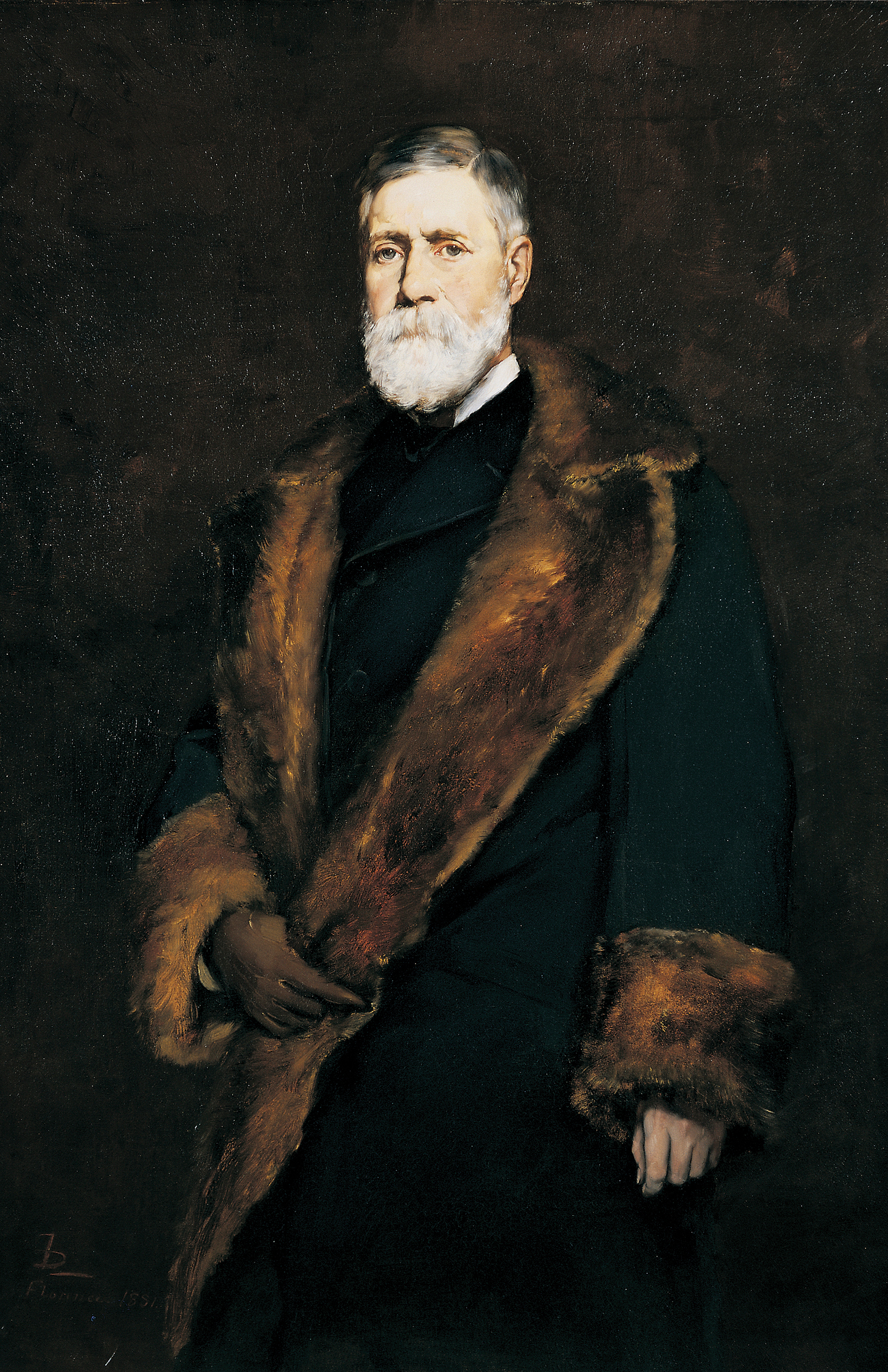 As Henry James’s work matured, it became more painterly. The primal scene in which Lambert Strether discovers the truth about Chad Newsome and Madame de Vionnet in The Ambassadors actually is a word painting, as is the description of Milly Theale’s Venetian palazzo in The Wings of the Dove. Earlier on, James had been an art critic for The Nation and a few other American publications, writing some sixty articles. He was the sort of critic who was looking for what he was looking for, often without accepting works of art on their own terms. Eventually, he was able to acknowledge this shortcoming in comments on, for instance, Winslow Homer—who disappointed him by going in for “perfect realism” and who presented things “already modelled to his eye.” Homer’s paintings of “barefoot urchins” were, quite obviously, successful in their own terms, but those terms were not James’s. He got nothing from them. They were, in his view, incomplete by being too complete.

What James sought he found in portraits like Sargent’s Daughters of Edward Darley Boit (Fig. 2), which he admired for the way the figures “detach themselves, and live with a personal life.” In other words, the way in which they open the possibility of being characters in fiction. Portraits for him succeeded to the degree that they suggested both outer and inner life. In pursuit of the ineffable in fiction he found that a good portrait reached further in that direction than words could. The long sentences in the last three great novels wind on, qualifying, refining, and shading his perceptions. Tóibín is particularly astute on this aspect of Sargent’s appeal. The following passage might just as well be James himself talking, if only the Master were so direct: “He [Sargent] developed a way of making his subjects seem both close and distant. His way of painting a face appeared to capture a vivid sense of life while also managing to depict a fine detachment. . . .Th us his portraits had both clarity and mystery; his subjects seemed on display while maintaining a masked inner life and an alluring sense of remoteness. . . . Part of his appeal was that sitting for him was risky.” 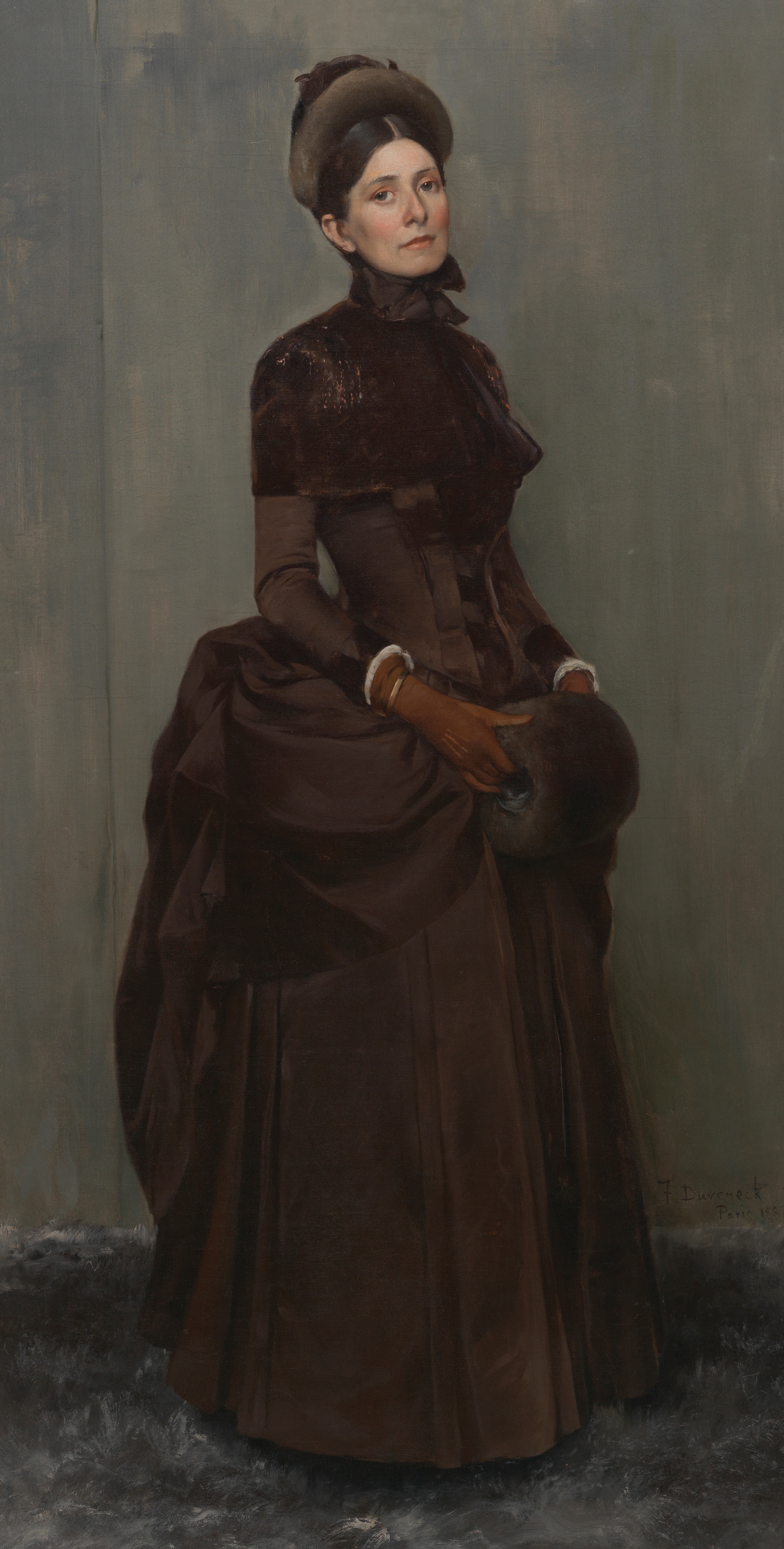 I’m not sure this excellent analysis is altogether applicable to Sargent’s 1913 portrait of James (Fig. 1), done for his seventieth birthday and commissioned by some three hundred admirers, but the portrait does “capture a vivid sense of life.” James sat for it twelve times, during which the painter invited friends to stop by and distract him with talk. He loved the portrait, describing his likeness with some amusement to the novelist Rhoda Broughton as “all large and luscious rotundity—by which you can see how true a thing it is.” When the canvas was first exhibited he placed himself beside it and “put myself on exhibition.” (Not long afterward, the painting was slashed by Mary Wood, an angry suffragette who had never heard of the novelist but who objected to the high value, £700, placed upon a work of a male artist. It was quickly and successfully repaired.)

The Morgan exhibition also displays some works by Duveneck, a rough American who studied in Munich and brought to portraiture an American vigor and naturalness that both James and Sargent welcomed. Duveneck’s portraits of his father-in-law, Francis Boott, and of Elizabeth Boott Duveneck (Figs. 4, 5)—Francis’s daughter and Frank’s wife—show this, though he was not to fulfill his promise after Elizabeth died.

Whistler amused and baffled James, who eventually grew to admire his work, especially compositions such as Arrangement in Black and Brown: The Fur Jacket (Fig. 7), where there is no whiff of the impressionism James deplored and about which he wrote some silly though revealing sentences: “The Impressionists . . . abjure virtue altogether and declare that a subject which has been crudely chosen shall be loosely treated.” It was too easy, he thought, to create an “impression” without fighting through to the greater expression of a moral truth.

I wish there were some Hudson River paintings in the exhibition because, for James, the beauty of that landscape and the paintings it inspired were tremendously important. He recalls those paintings and the Hudson of his childhood in A Small Boy and Others and revisits them in The American Scene of 1904–1905. Toward the end of that book, he laments the region’s transformation in “the general conquest of nature and space” that was America. In one of his strangest passages, he approaches the end of his travelogue with an imaginary address to his country and the despoiling of its landscape: “You touch the great lonely land—as one feels it still to be—only to plant upon it some ugliness about which, never dreaming of the grace of apology or contrition, you then proceed to brag with a cynicism all your own.”

He goes on in this vein for a while longer, until the passage winds down into an oblique valedictory explanation of what has drawn him back to his country, and what would send him away forever.

Henry James and American Painting is on view at the Morgan Library and Museum in New York from June 9 to September 10.