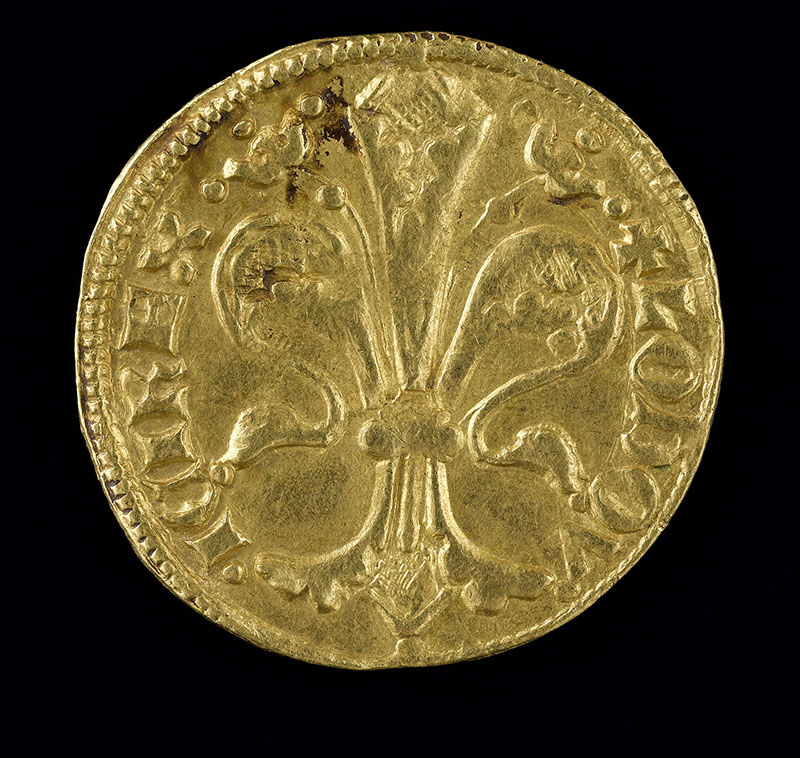 It is the nature of art history to bring to light beautiful objects that have long lain hidden from sight. This is true of almost every ancient artifact, and many a medieval one, that we admire today. But there is something special about the discovery of the objects to be seen in The Colmar Treasure: A Medieval Jewish Legacy, now on view at the Metropolitan Museum of Art’s satellite location, the Cloisters. These artifacts were discovered in 1863, after remaining hidden—that is, intentionally concealed—for more than five hundred years, since the middle of the 1300s. Comprising bejeweled rings, brooches, and more than three hundred coins, this hoard was concealed in the walls of a house in Colmar, a city in the province of Alsace in northeastern France. A ring with the words mazel tov indicates that they belonged to a Jewish family that was likely among those persecuted at the time of the Black Plague, for which the Jewish minority was apt to be blamed. Among these objects one finds a parcel-gilt cup, a silver key, and a gold and enamel wedding ring, as well as rings of onyx, gold, and Ceylon sapphire. They are now part of the collection of the Musée de Cluny, in Paris’s 5th Arrondissement. The museum, which is undergoing renovations through 2021, is one of the foremost French museums devoted to the art of the Middle Ages. Although the original owners of these objects did not live to retrieve them, the artifacts themselves go some way to revive the memory of those nameless victims of long ago.