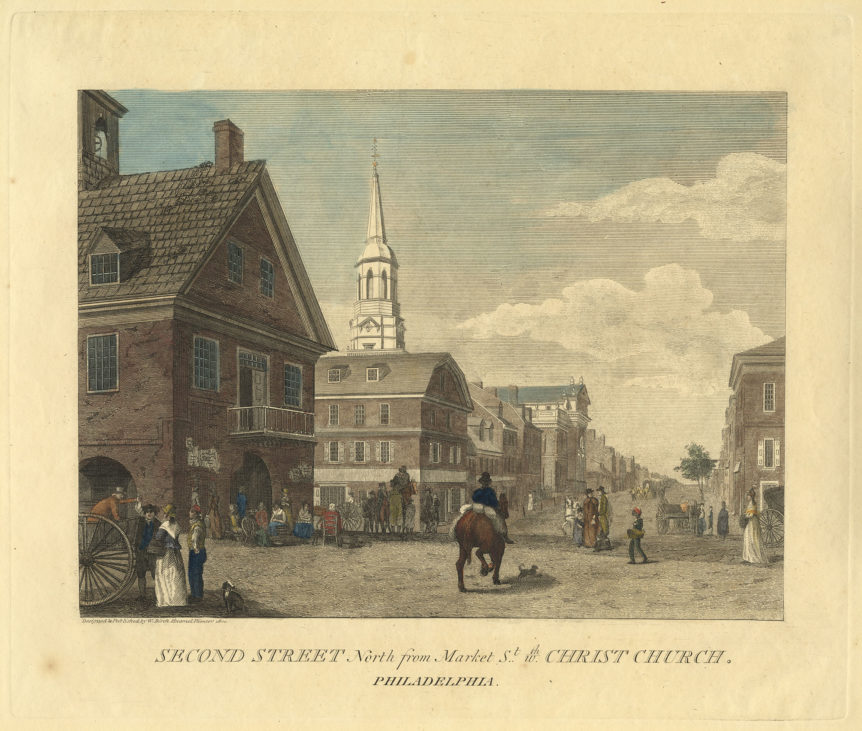 We have an idea of life in Philadelphia during the early years of independence thanks, not to an American, but to the English artist William Birch. In 1794 the London-born miniaturist and engraver moved to the city, then the national capital, and set about capturing scenes of the cultural and political hub in engravings, paintings, and books such as The City of Philadelphia in the Year 1800. Considered America’s first coffee-table book, it featured twenty-seven illustrations, or “views,”of the town, from its busy ports and markets to such landmarks as the statehouse and waterworks. 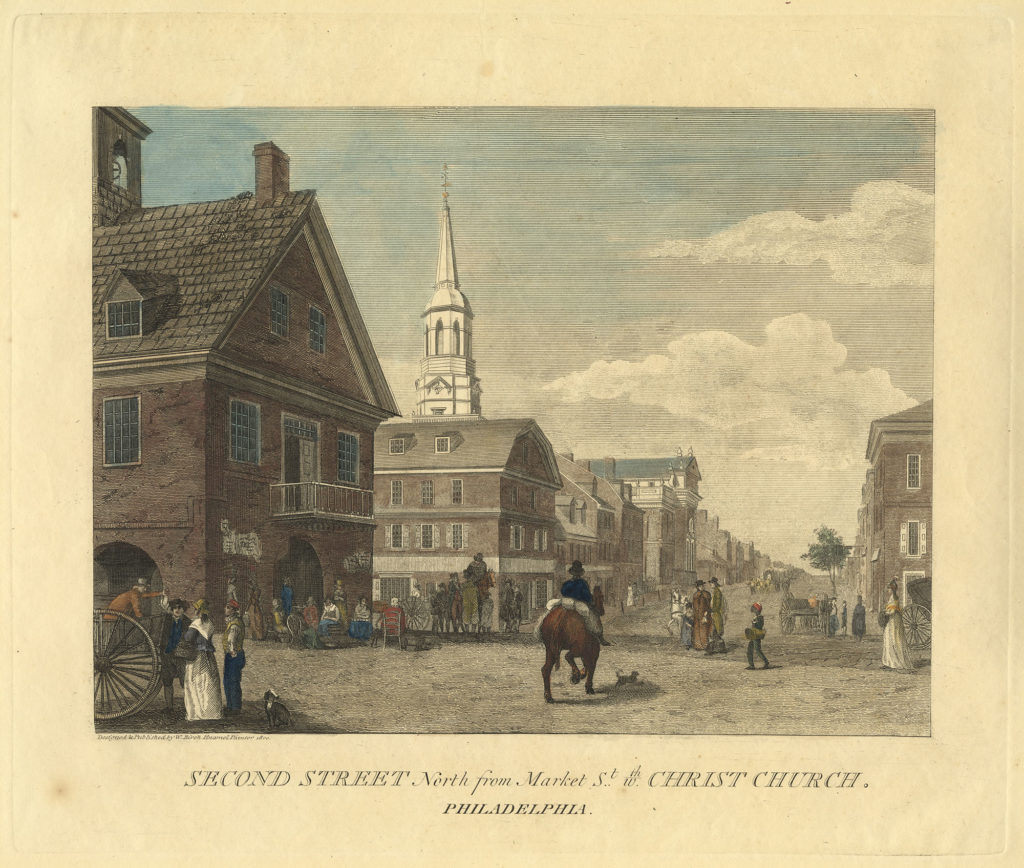 One important edifice represented was the library (as seen in Library and Surgeons Hall, in Fifth Street Phila­delphia), the first permanent home of the Library Company of Philadelphia, which is now staging an exhibition of Birch’s works and artifacts drawn mainly from the institution’s exhaustive collection. Sarah J. Weatherwax, curator of prints and photographs at the LCP, says the show is organized into seven sections— including Birch’s “early years in England” and “the highs and lows of his American experience”—and features everything from the artist’s personal paint box and supplies to a never-published, expanded edition of his Country Seats, his second view book, presenting prominent houses of the eastern United States.

William Birch, Ingenious Artist: His Life, His Philadelphia Views, and His Legacy • Library Company of Philadelphia • to October 19 • librarycompany.org