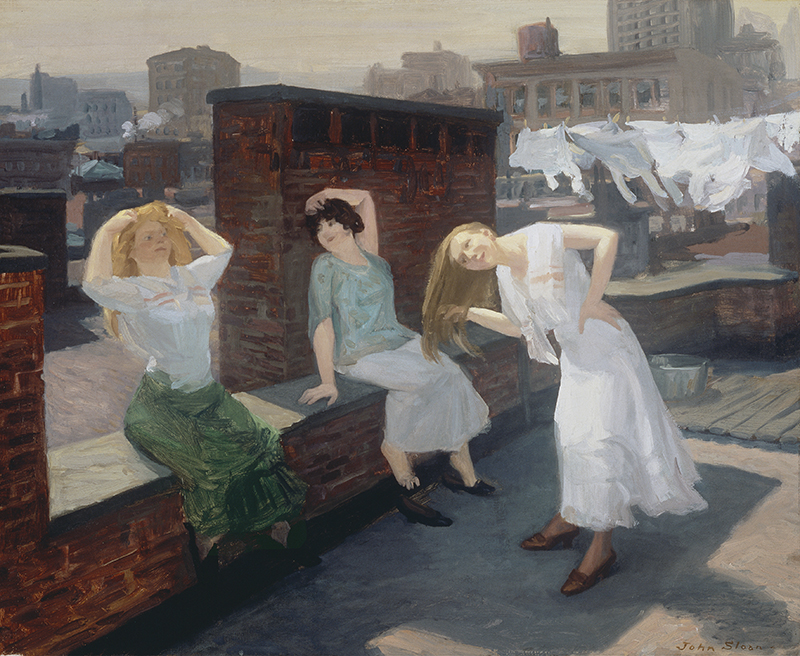 The term “Ashcan school” is applied to artists as varied as Robert Henri, William Glackens, and Everett Shinn, and yet it was most likely coined in response to one particular member of their circle and his work: John Sloan, with his warm and sympathetic depictions of the life of the common man in New York in the decades after the turn of the twentieth century. Sloan’s art took in bars like McSorley’s, the Sixth Avenue el train, and the teeming sidewalks that were the daily stages on which the average working stiff’s existence played out. Yet one of Sloan’s favorite urban settings was far above the ashcans and areaways, on the rooftops of Manhattan’s tenements. “It is all the world,” the artist said of the roofs he could see from his painting studios on high floors in Chelsea and, later, Greenwich Village. “Work, play, love, sorrow, vanity, the schoolgirl, the old mother, the thief, the truant, the harlot. I see them all down there without disguise. These wonderful roofs of New York bring to me all of humanity.” 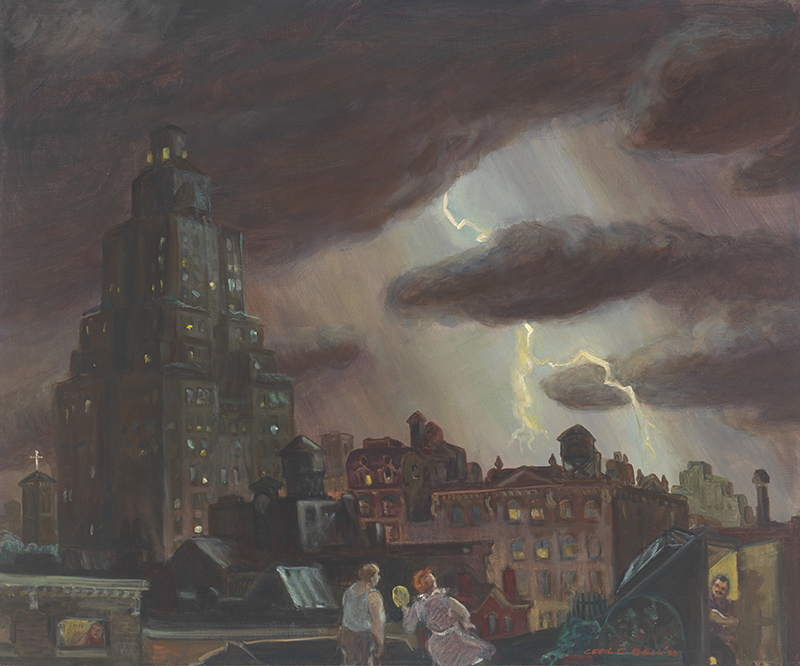 Sloan’s paintings of life atop New York’s apartment houses are the focus of a new show at the Palmer Museum of Art entitled From the Rooftops: John Sloan and the Art of a New Urban Space. The show promises a literal breath of fresh air. Sloan came by his empathy for the working class the hard way— the son of an artistic, but feckless father, he took a job in a bookstore to support his family at age sixteen and taught himself etching to earn more—and understood how the rooftop was a practical as well as liberating oasis. Paintings in the exhibition such as Red Kimono on the Roof—which depicts a woman hanging out laundry on a rooftop line—and Sunday, Women Drying Their Hair suggest the invigorating and social, along with utilitarian, aspects of the urban roof. 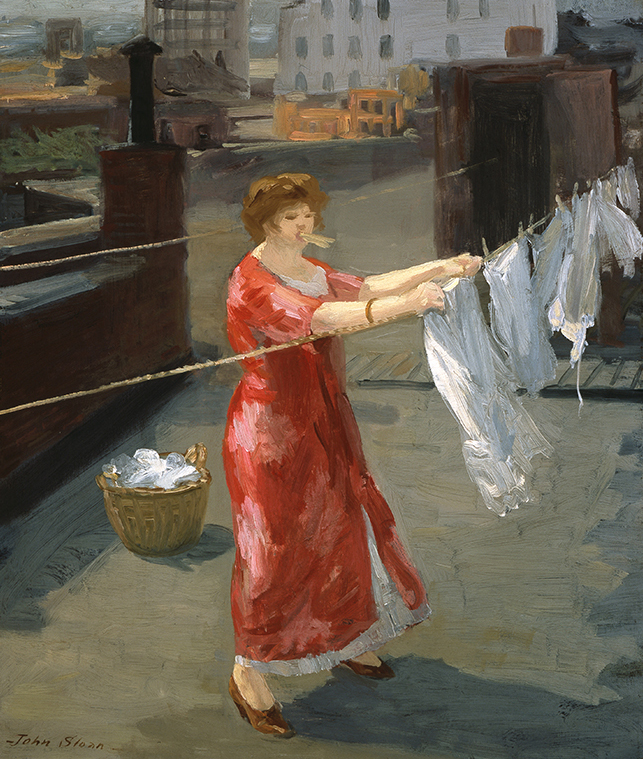 Some thirty Sloan paintings, etchings, and drawings featured in the show are accompanied by thirty works by other artists of the period, including several of Sloan’s pupils at the Art Students League—among them Reginald Marsh, Louis Ribak, and Cecil Bell, whose painting Summer Electric Storm is a standout. They, too, understood the significance of life at the bottom—and at the top.

From the Rooftops: John Sloan and the Art of a New Urban Space • Palmer Museum of Art, Pennsylvania State University, University Park, Pennsylvania •  to May 12 • palmermuseum.psu.edu