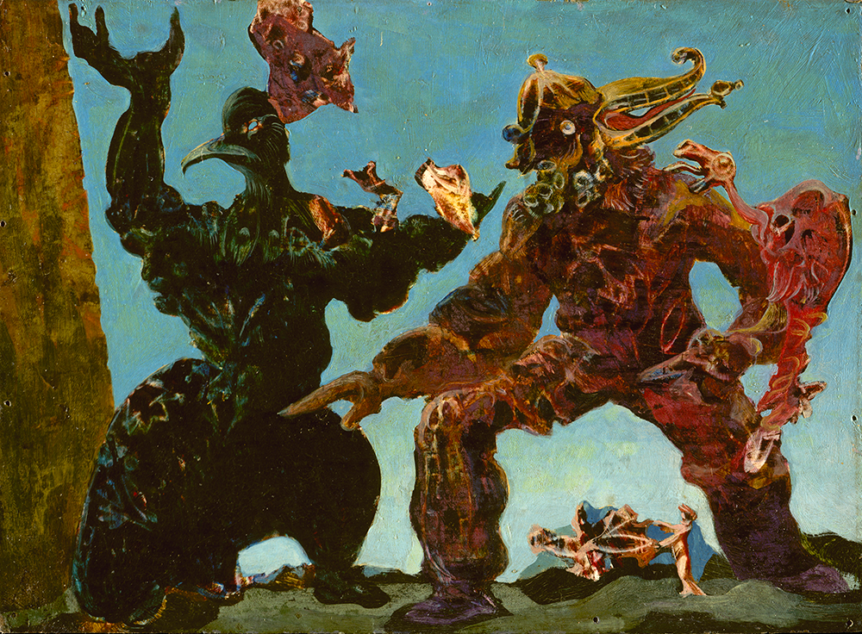 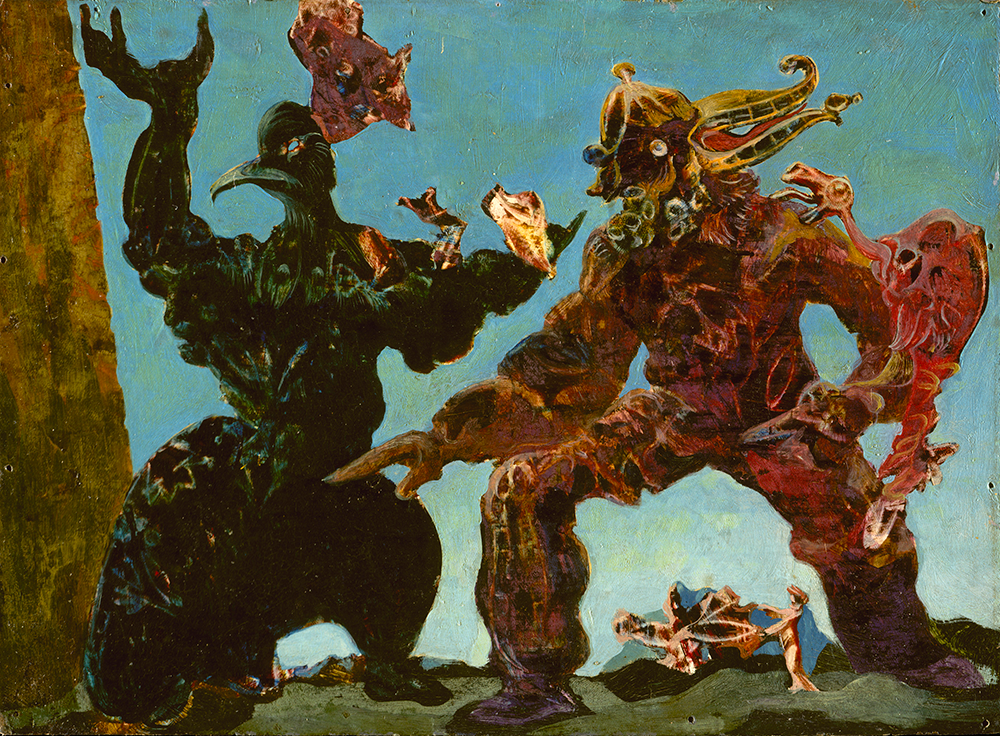 In 1931 the Wadsworth Atheneum became the first American museum to present an exhibition of surrealist art. If not as influential, the Wadsworth’s current show is likely to be just as unsettling. Monsters & Myths: Surrealism and War in the 1930s and 1940s examines the effects of fascism and conflict on the work of artists and writers of the surrealist movement, many of whom had firsthand experience of combat in World War I, or later found themselves living under the threat of persecution or exile.

As a starting point, the curators demonstrate that monstrous forms—distortions of human or animal bodies, uncanny landscapes—became central to surrealist iconography as a means to deal with the geopolitical upheavals of the era by severing familiar forms from their traditional associations. In Max Ernst’s painting The Barbarians, two gargantuan figures, swirling composites of humans, birds, and other animals, engage in something resembling dance or battle. Despite the title, their lumbering scale and coronal headpieces suggest soldiers or nobility. The painting’s oneiric blurring of categories endows them with qualities of oppressors and oppressed at once. 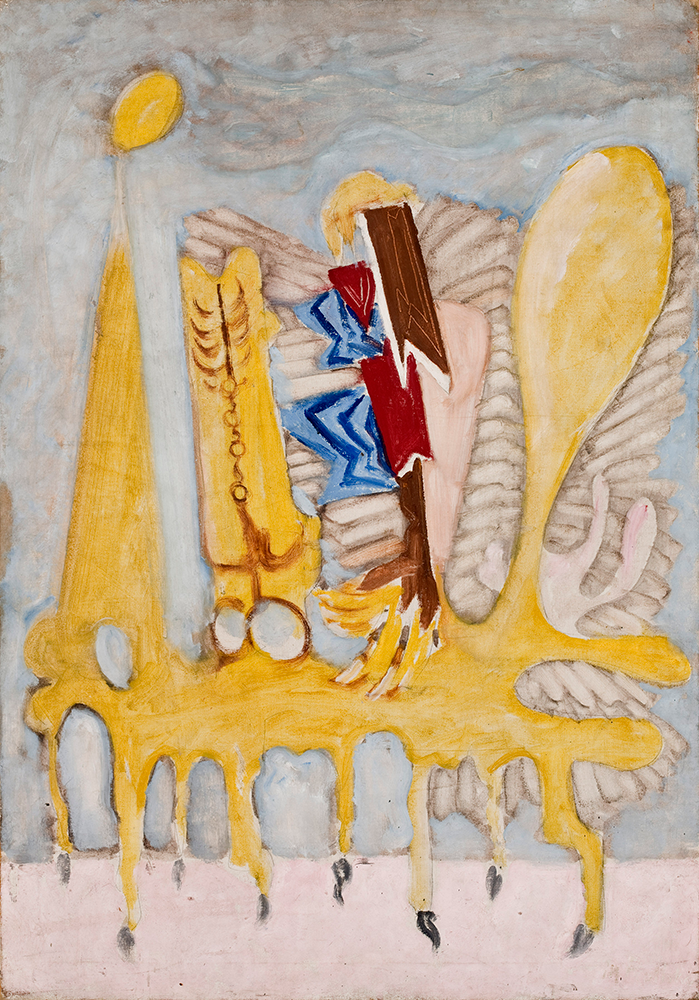 The historical and political context adds significance to works that often resist meaning, such as those of Yves Tanguy, whose simultaneously abstract and figurative forms come to resemble ruins, limbs, or perhaps the shattered remains of the prewar era’s optimistic rationalism.

Monsters & Myths also draws attention to the influence of surrealist artists on their American peers. The closeness of surrealism and abstract expressionism is made apparent by the inclusion of a painting from Mark Rothko’s surrealist phase, as well as works by David Smith, whose 1941 print Women in War, depicts a group of woman-machine hybrids with aircraft-like birds swooping overhead.

With the international rise of authoritarian politics today, Monsters & Myths casts a fascinating light on a response to times with disturbing resonances to our own.