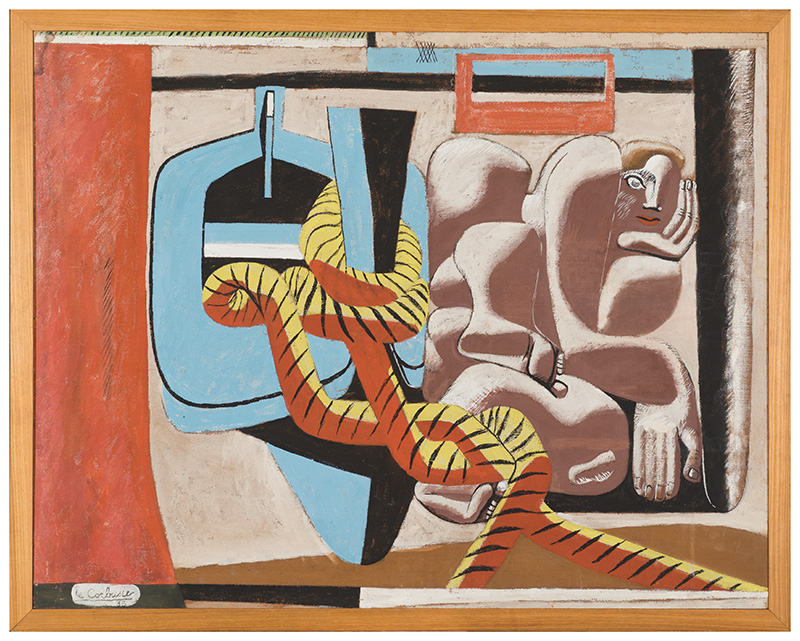 Through the work of Henri Matisse, Joan Miró, and others, tapestry has become a familiar medium for modern art. Yet that might not be the case had it not been for the efforts of Marie Cuttoli (1879–1973), a Parisian entrepreneur and art collector who in the early decades of the twentieth century almost singlehandedly breathed new life into the venerable French tapestry-weaving industry by persuading avant-garde painters to make the loom another vehicle for their creative expression. Largely overlooked in recent decades, Cuttoli and her work are the subjects of a current exhibition at the Barnes Foundation in Philadelphia that offers, says curator Cindy Kang, both “a reconsideration of her contribution to modern art” and an examination of “a businesswoman among artists.”

Throughout her mature life, Cuttoli demonstrated an equal interest in both the traditional and the cutting-edge—and an aptitude for commerce. Married in 1920 to a wealthy lawyer and politician from Algeria—then a French colony—she discovered the weaving craftsmanship of North Africa and commissioned rugs in au courant styles inspired by cubism and the geometric forms that would become known as art deco. By 1922, she had opened a fashion boutique in Paris and the first designer she hired was the Russian émigré artist Natalia Goncharova, who had once designed costumes for the Ballets Russes. Her husband was also a modern art collector, which gave Cuttoli entrée to Pablo Picasso, Fernand Léger, Raoul Dufy, Jean Lurçat, and others of their circle.

When the Great Depression struck France in the early 1930s, the makers of tapestry—a painstaking and highly skilled field, always dependent on the patronage of the rich and aristocratic—were hit particularly hard. Cuttoli saw both an opportunity to revive an ancient industry through the idiom of modern art and the makings of a new business venture. The first artists she commissioned to create cartoons—models or road maps, of a sort—for tapestries were Lurçat and Georges Rouault.

For artists, tapestry offered novelty—a chance to work in a new medium, and to explore new and old techniques. “When Picasso designed tapestry cartoons for the first time, he went back to his papier collé practice”—cut-paper collage—“something that he had virtually abandoned after World War I,” says Kang. For him, making a tapestry design “was a very playful, witty, and self-referential project.” Perhaps no small part of the attraction of tapestries to artists was that, at their wall-sized scale, tapestries could dominate an environment. “A set of Miró tapestries was acquired by Philip Johnson for the Seagram Building—so they were integrated into the international style of modernist architecture,” says Kang. “They were there to add a sense of warmth—human warmth—to the cold, glass-and-steel architecture that Johnson and Mies van der Rohe designed.”

Miró’s Rhythmic Figures (Personnages rythmiques), or Woman and Birds, is one of the tapestries that can be seen from both sides in the exhibition; a rare opportunity, as most are lined to aid in their preservation. The subjects—dancing, and abstracted—are lovely; the whimsy of the form and composition make it a delight to behold from either side. Some forty other works are on display at the Barnes, including tapestries by the above-named artists as well as Georges Braque, Le Corbusier, and Man Ray, along with paintings, drawings, photographs, and clothing. The exhibition honors not only Cuttoli and her approach to art and business but also the collecting sensibilities of Albert Barnes, who was among her earliest and most vocal patrons and advocates in the United States.

Marie Cuttoli: The Modern Thread from Miró to Man Ray • Barnes Foundation, Philadelphia • was originally scheduled to run to May 10 • barnesfoundation.org