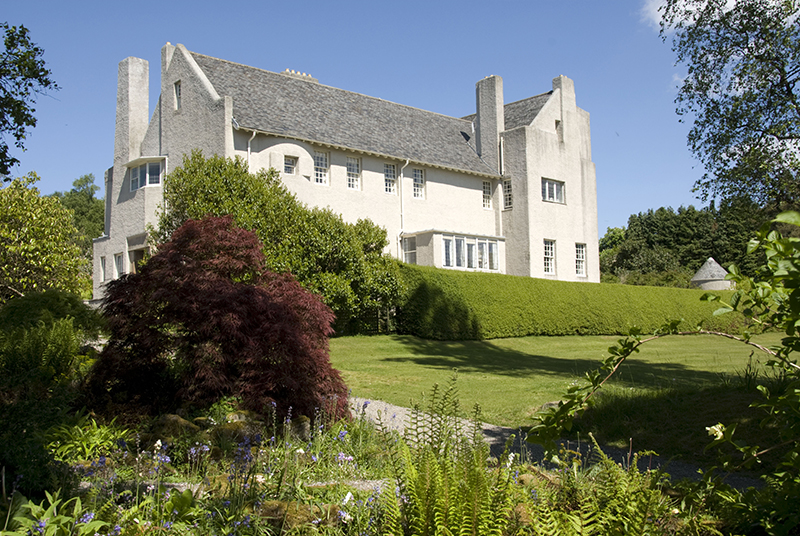 Architect Charles Rennie Mackintosh’s Hill House for Glasgow book publisher Walter Blackie in Helensburgh, Scotland, was completed in 1904. All images are courtesy of the National Trust for Scotland.

Hill House, architect Charles Rennie Mackintosh’s proto-modernist masterpiece on the Firth of Clyde, is about to undergo a strange transformation. Beginning in June, translucent steel-mesh walls will rise around the structure, to be topped by a gabled, waterproof roof—encasing the building like a caterpillar in a chrysalis. Designed by London architecture firm Carmody Groarke at the behest of the National Trust for Scotland, which has owned Hill House since 1982, the “Box,” as it’s called, will protect the residence from suffering any further water damage like that it has endured on this wet western lip of the Highlands since its completion in 1904. 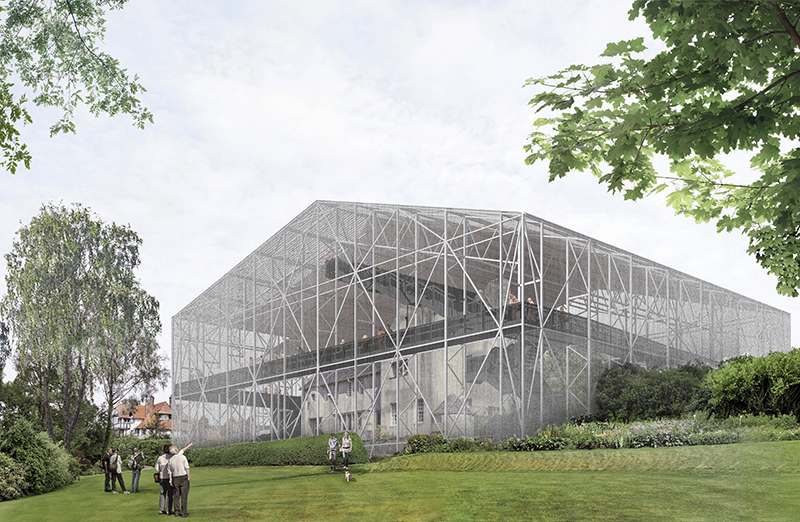 Not a moment too soon. In his commission for Glasgow book publisher Walter Blackie, Mackintosh took the brooding Scottish baronial tradition as a starting point and pursued an effect of austere modernity. He dispensed with such fripperies as coping and window sills and clothed the building’s sandstone mass with a render of unpainted Portland cement. This unprotected, semipermeable facade has proved a great vulnerability in a region that’s seen approximately twenty-two thousand days of rain since the house was built. (The area gets approximately sixty-three inches a year, according to the UK’s Met Office, more than twice as much as London.) Moisture has penetrated the sandstone and even the house’s interior, where it has progressively harmed the bespoke detailing—from stencil work to furnishings—designed in a sui generis mix of arts and crafts, art nouveau, and japanesque styles by Mackintosh and his wife, Margaret Macdonald. 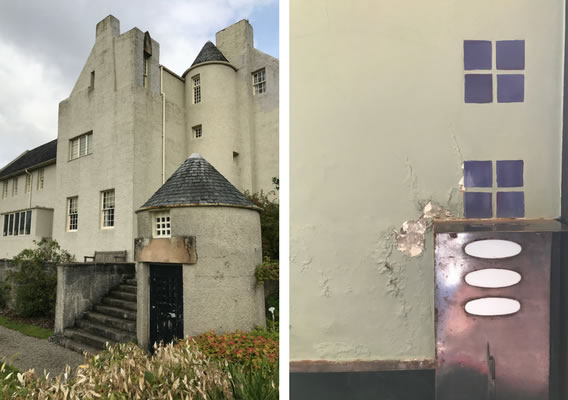 On the left is Hill House, built in a modern variation of the Scottish baronial style, as viewed from the garden. On the right is a detail of Hill House’s dining room fireplace shows plaster peeling as a result of water damage.

The Box, which is engineered to block 87 percent of ambient moisture, will allow the building to dry out gradually over the course of several years. Meanwhile the NTS will work with the Getty Conservation Institute to research and develop “what could potentially be a new material that will replicate the aesthetic of the Portland cement render but will work,” according to Kirstin Bridier, executive director of the National Trust for Scotland Foundation USA. 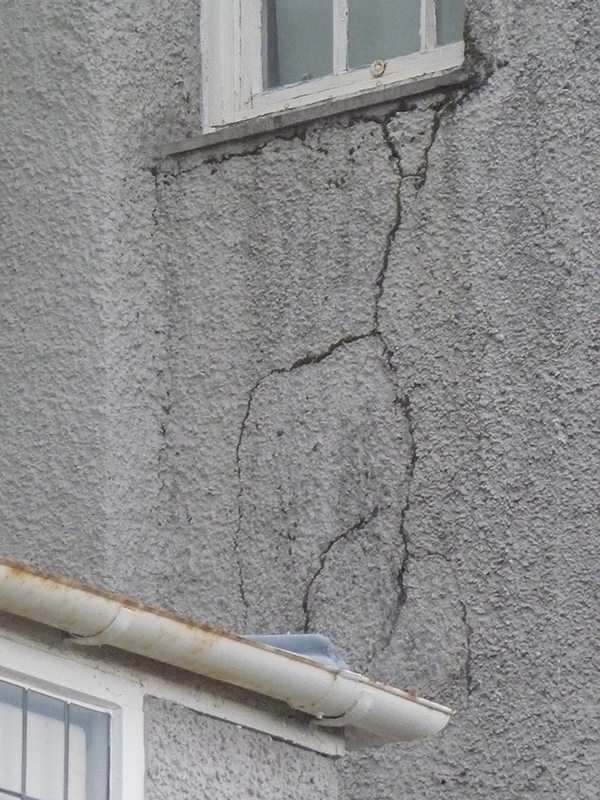 Evidence of water damage on the exterior of Hill House.

During the process, the house will remain open to visitors, who will be able to visit a café, shop, interactive exhibitions, and gardens inside the Box. They’ll also be able to examine the house from stairs and walkways that will be built around and over it. Visitors will “be seeing views of the house that have never been seen before,” Bridier says. “The whole building becomes almost a museum object or artifact.”