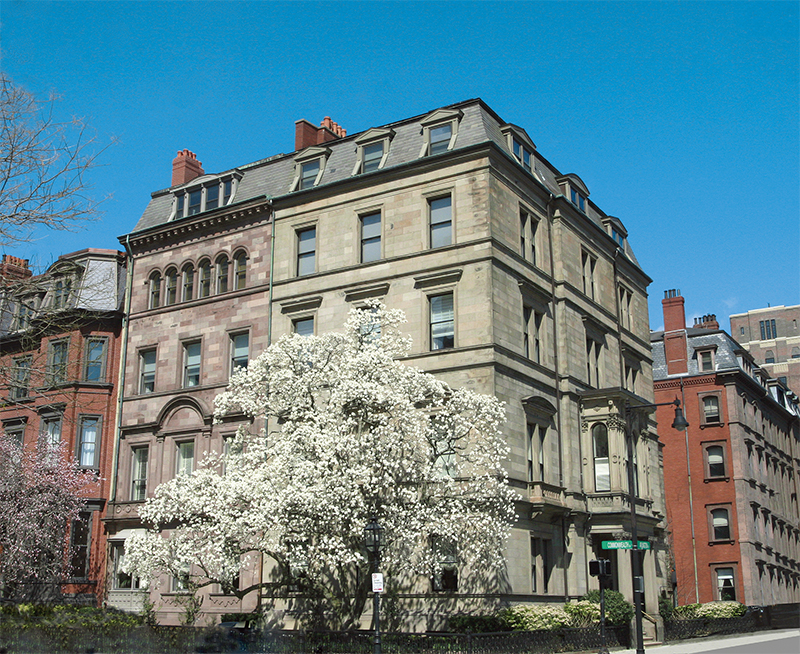 The famed investments manager Peter Lynch and his late wife, Carolyn, began collecting works of American art more than fifty years ago. Though its foundation is in the classics—New England regional furniture by such late eighteenth-century craftsmen as Nathaniel Gould and sophisticated Federal pieces from the workshops of city cabinetmakers like Thomas Seymour, along with landscapes, maritime scenes, and narrative paintings from the middle decades of the nineteenth century by the likes of Winslow Homer and Martin Johnson Heade—their collection embraces a commendably wide range of expressions of the nation’s creative spirit. It includes numerous noteworthy pieces from the titans of the American studio crafts movement: several works commissioned from the great furniture maker Sam Maloof, ceramics by the masters of form and glaze Gertrud and Otto Natzler, and exuberant art glass by Dale Chihuly. As well, the Lynch home in Arizona boasts a notable group of Native American art that includes rugs, baskets, and Pueblo ceramics.

Highlights from the Lynch collection will be on view at the Peabody Essex Museum in Salem, Massachusetts, from early May to the start of December. In this excerpt from the catalogue for that exhibition we see some of the Lynches’ acquisitions in situ at their home in Boston, an upper-floor duplex in joined 1860s mansions that overlooks the Public Garden.

The Lynches creatively transformed a nondescript internal fire escape into an elegant Regency-style staircase (previous page) connecting the fourth and fifth floors. Fine architectural details include an arched interior window copied from one in their 1743 Marblehead home and a gilded shallow oval fluted dome set into the ceiling.

The staircase connects to the entry hall, which is illuminated by a crystal chandelier from about 1840. Some of the Lynches’ finest pieces of Federal period furniture are displayed here, including a c. 1804 tall case clock with works by Aaron Willard. Winslow Homer’s Grace Hoops (1872) hangs above a c. 1805 lyre-base card table attributed to the Boston shop of Thomas Seymour, on which rests a late nineteenth-century workbox from Vizagapatam, India. The collection’s most important piece from Marblehead Pottery, a “Stalking Panther” bowl designed in 1920, is displayed on top of a Philadelphia maple worktable.

Beyond the entry hall, the largest room has been furnished for both entertaining and dining. The sitting area toward the front of the house features multiple period sofas and a Sam Maloof rocking chair made in 2005. The massive double window overlooks the Boston Public Garden, while the large single side windows provide dramatic views of the grand allée running down the center of Commonwealth Avenue. One corner of the room is dominated by a c. 1762–1775 Philadelphia high chest made by William Savery, flanked by John Singer Sargent’s Olive Trees, Corfu (1909) and Frederick Carl Frieseke’s On the River (1908). An antique Bidjar carpet covers the floor.

The opposite end of the room has been designated for dining and has a Cumberland-action extension table made in Boston around 1810, which is used with a set of Massachusetts Chippendale mahogany side chairs. On either side of this grouping stand important Beekman family card tables from New York, made between 1760 and 1780, one of which displays a large 1895 silver soup tureen in the shape of a diamondback terrapin or turtle made by the Gorham Manufacturing Company in Providence, Rhode Island. On the wall above hangs one of the finest paintings in the collection, Martin Johnson Heade’s Orchid and Hummingbirds near a Mountain Lake (c. 1875–1890). In remodeling the room, the Lynches installed a pair of late eighteenth-century British marble mantels acquired from a London dealer. The finely carved swags of bellflowers and side urns are in keeping with the other classical details in the room, notably the bold ornamented ceiling cornice. Near the fireplace is Sanford Robinson Gifford’s Study of the Ruins of the Parthenon (1869).

The Lynches composed their own arrangements of furniture and art, creating balanced and pleasing groupings of often diverse materials. In the dining area, a splendid inlaid New York sideboard dating from about 1800 displays a twentieth-century hand-wrought Tiffany and Company six-piece silver tea and coffee service, a rare c. 1785 blue-and-white Chinese export “Society of the Cincinnati” plate, and an English Coalport soup tureen in an Asian-inspired “Money Tree” pattern, part of a large dinner service from about 1820. The blue and gold accents on the ceramics echo the predominantly blue colors in Childe Hassam’s East Headland, Appledore, Isles of Shoals (1911) and the bright gilding on the painting’s wide carved frame.

On the fifth floor of the Boston mansion, the Lynches used the largest room as a music room and a place to play cards. Carolyn was an internationally known master bridge player and won five US national championships and one world championship during her career. A grand piano is positioned before an Irish mahogany breakfront bookcase that houses a large portion of their blue-and-white Chinese export porcelain collection, and to the right are two small mid-nineteenth-century paintings, Frederic Edwin Church’s New England Landscape (1849) and Jasper Francis Cropsey’s Winding River (1870). Fitz Henry Lane’s important View of Gloucester Harbor(1858) hangs between the windows. In the center of the room, Dale Chihuly’s Aphrodite Blue Persian Set with Carnelian Lip Wraps (2002) is displayed on an eighteenth-century Irish side table; its undulating glass shapes echo the table’s curvaceous apron.

A Passion for American Art: Selections from the Carolyn and Peter Lynch Collection is on view at the Peabody Essex Museum to December 1. This article is excerpted and adapted from the exhibition catalogue edited by Dean Lahikainen (© 2019 Peabody Essex Museum, distributed by the University of Massachusetts Press).