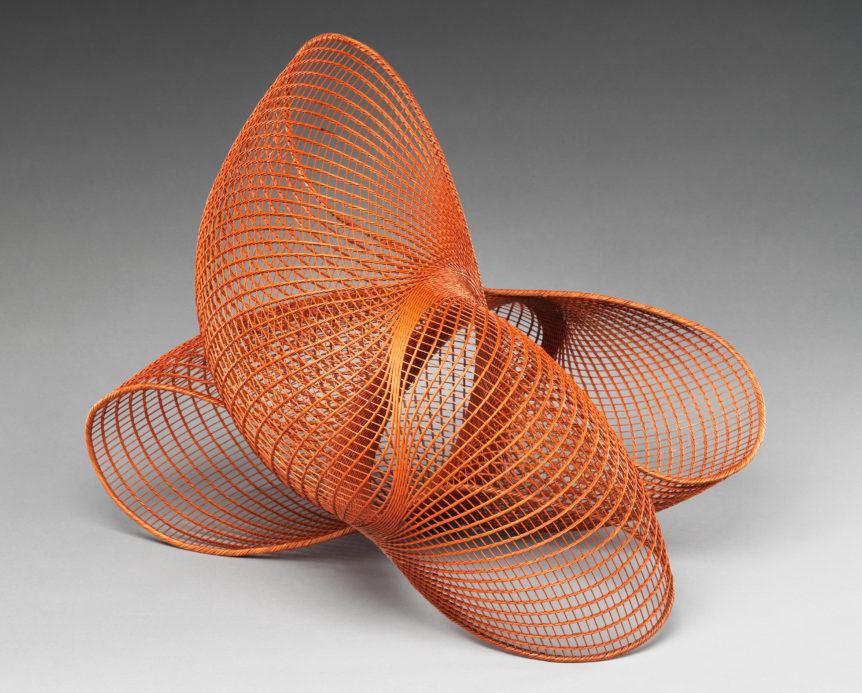 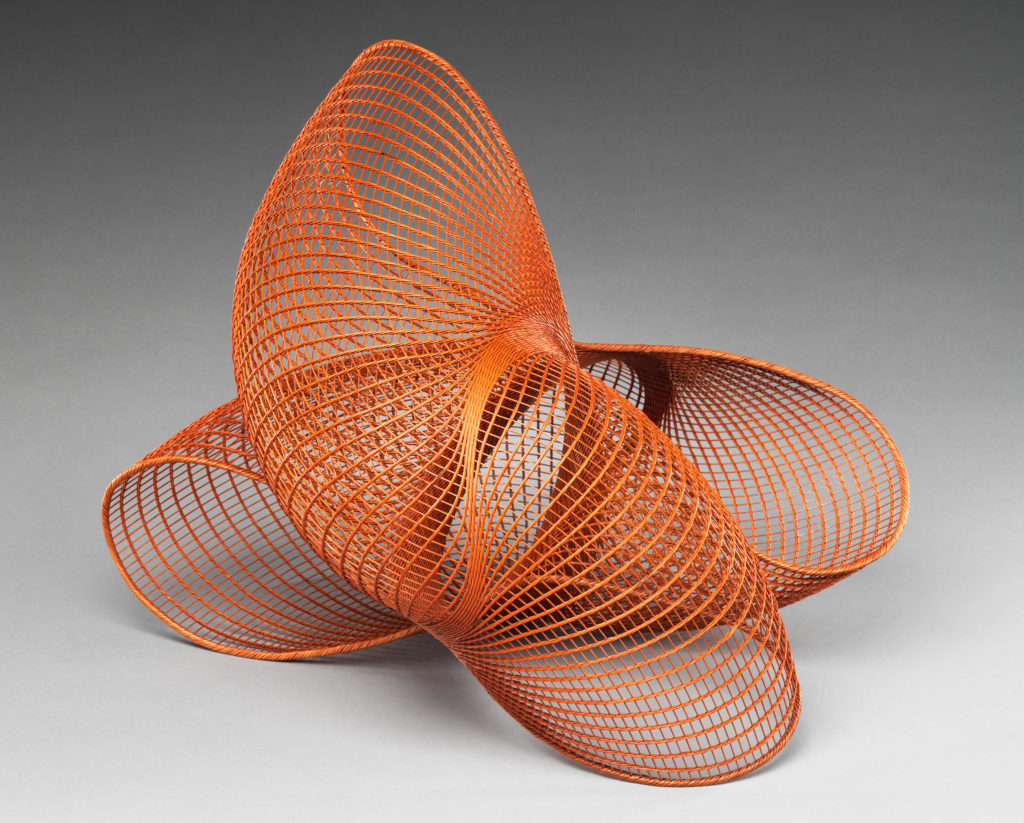 As a symbol of fortitude and flexibility, bamboo often appears in Japanese art depicting rough weather—bearing up under high winds or the burden of snow, bending yet refusing to break.

For an impressive practical demonstration of bamboo’s strength and elasticity, visit the exhibition Japanese Bamboo Art: The Abbey Collection at the Metropolitan Museum of Art in New York.

During the late nineteenth century in Japan’s Meiji period, the working of bamboo rose in status from domestic craft to high art form, and the Met exhibition includes the work of six artists who have been named Living National Treasures. The more than ninety works on display date from the 1870s to the present day, and range in form from the useful—baskets, boxes, and trays—to the purely sculptural. 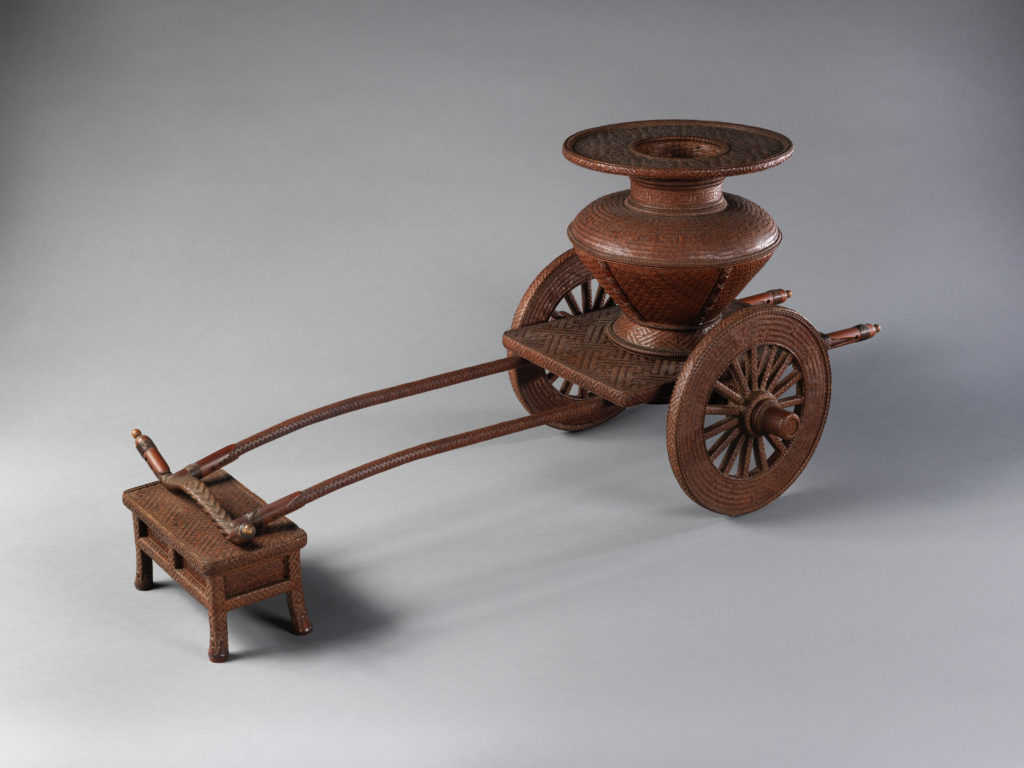 Noteworthy pieces include Kato Tōshōsai’s winsome Basket in the Form of a Flower Cart (c. 1920–1930s) and Dance, Honda Syōryū’s elegant sculpture made in 2000. But for sheer drama, it is hard to top Tanabe Chikuunsai IV’s site-specific sculpture The Gate, which looks like two tornadoes having a fistfight.