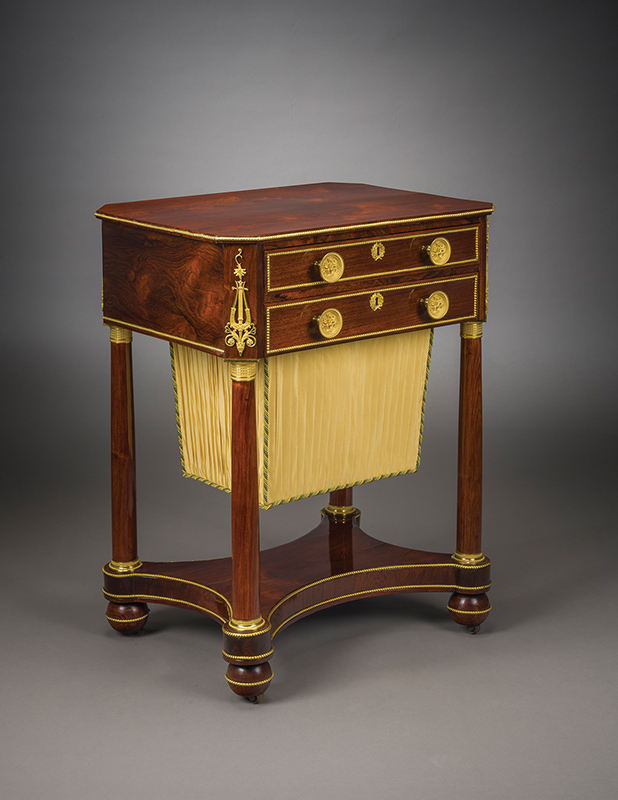 The rise of the neoclassical style in American decorative arts in the early decades of the nineteenth century coincided with a collective national sigh of relief. The country was no longer worried for its very survival. It could, in fact, begin to enjoy its freedom and prosperity. Great new houses were built in the major cities along the Eastern Seaboard, and cabinetmakers such as Duncan Phyfe in New York, Thomas Seymour and Isaac Vose in Boston, and Joseph Barry in Philadelphia were happy to fill them. These designer-craftsmen also seemed borne along by the confident new American zeitgeist. Their furniture became at once brawnier and more elegant; simpler in form, yet bolder in effect. 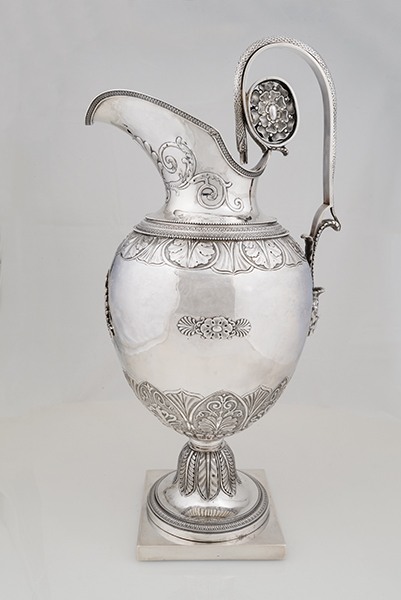 The New York fine and decorative arts gallery Hirschl & Adler—at its new home in the splendid art deco Fuller Building—is presenting Augmenting the Canon, an exhibition that adds to the body of knowledge surrounding the neoclassical work by those makers and others. Several pieces in the show have never been illustrated in a scholarly context. These include two pieces attributed to Duncan Phyfe—a secretaire à abattant made of impressively figured mahogany and a rosewood box sofa with ormolu mounts, both circa 1820—and a lavish worktable from about 1819 to 1824 attributed to the Isaac Vose and Son workshop under Seymour’s direction. The show also features two vibrant examples of painted furniture from Baltimore: a circa 1815 chair in bright red with a little trompe-l’oeil flourish on the crest rail, and a more than usually elaborate “fancy” chair, made about 1830. 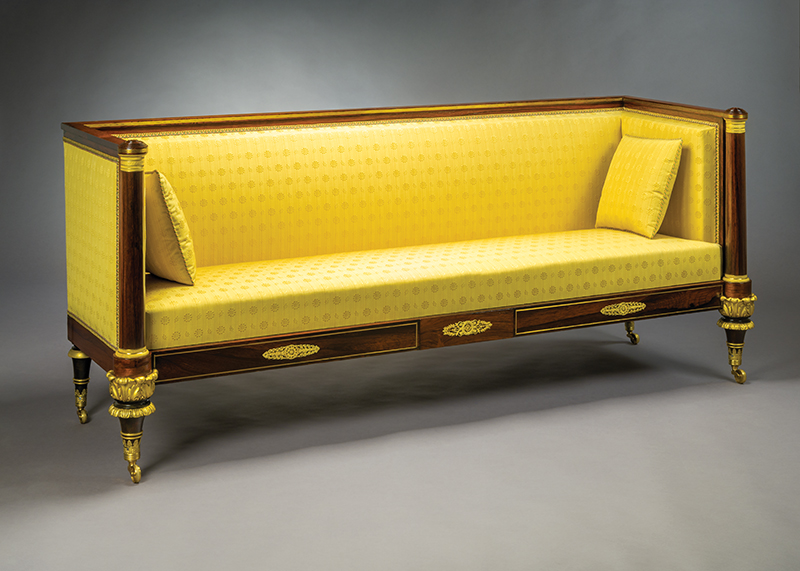 The exhibition is rounded out with a selection of period porcelain, glass, lighting, and silver. A pair of tall fluted amethyst vases made about 1835 to 1845 by the Boston & Sandwich Glass Company is particularly eye-catching, as are two ewers made by silversmith Simon Chaudron between 1807 and 1812, working on one of them in partnership with Anthony Rasch.

Worktable attributed to Isaac Vose and Son, with Thomas Seymour as foreman, c. 1819–1824