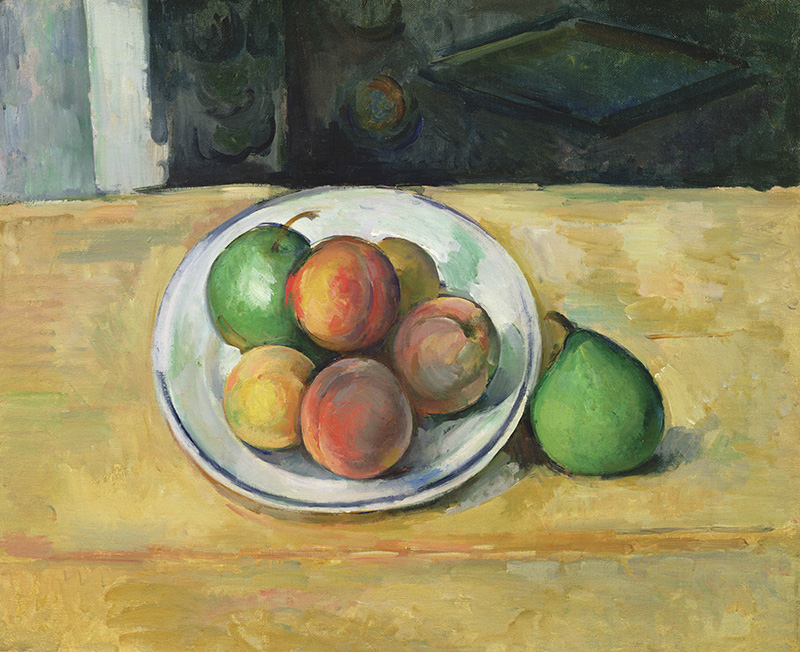 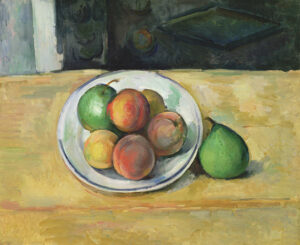 “Others abide our question,” Matthew Arnold said of Shakespeare, “thou art free!”1 Arnold meant that the Bard, in his sublime universality, soared above those petty reckonings that critics apply to all other cultural figures. Which makes one wonder whether Paul Cézanne abides our question. One suspects that he would—if we ever asked it. But we do not. For we haven’t really thought much about Cézanne in over a hundred years. Perhaps we have not even looked at him very much. In place of such probing inspection stands the calcified residue of what once was a living aesthetic response. Even worse, that response is apt to be borrowed from others long dead, men like Clive Bell who, in 1913, called Cézanne “one of those figures that dominate an age and are not to be fitted into any of the neat little pigeon-holes. . . . [He] is the Christopher Columbus of a new continent of form.”2 We have heard this and similar testimonials for generations now. But, do they still stand up? Did they ever? 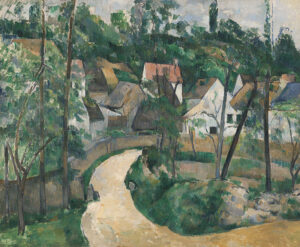 Few artists over the past two centuries have enjoyed the uncritical reverence that has been Cézanne’s posthumous mead, in stark contrast to the indifference and contempt that marked his career while he lived. Reviewing an exhibition of his late work at the Museum of Modern Art in 1977, Hilton Kramer wrote that: “For the large public nowadays interested in modern painting, there is one name above all that reverberates with a special power—one name that sounds with an almost religious resonance—and that is the name of Paul Cézanne.”3 Kramer’s assessment of this devotion, in which he fully shared, seems entirely accurate even forty years on: despite the cultural upheavals that, in recent decades, have called into question so many received ideas, Cézanne’s primacy has never been seriously contested or even addressed. Although few younger artists learn anything from him today, that implicit faith in his greatness endures, rivaled only, perhaps, by their even greater enthusiasm for Warhol and Duchamp.

Certainly interest in the artist never wanes. In addition to the exhibition Cézanne: In and Out of Time, on view at the Museum of Fine Arts in Boston until February 28, there is a new book that accompanied an online show from the Princeton University Art Museum, Cézanne: The Rock and Quarry Paintings (edited by John Elderfield), which focuses on the painter’s interest in the rock formations of the Bibémus Quarry in Provence, as well as in similar formations near Fontainebleau and Aix-en-Province, where Cézanne was born in 1839 and died in 1906. Cézanne’s many admirers will find much to appreciate in the twenty-five paintings discussed in the book. That blur of foliage, formed from the artist’s sharp jabs of paint, or taches, is everywhere in evidence: it reinforces one’s sense both of the beauty that was unique to Cézanne at his best and of his essential role in moving art toward that pure abstraction that was the twentieth century’s greatest single contribution to the history of art. 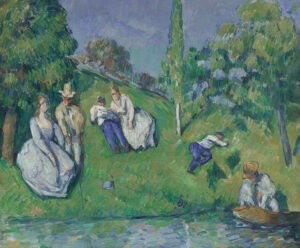 But in the intensity of its focus, this book forces us to confront the painter’s almost tyrannous limitations: far from embodying any transcendent universality, Cézanne’s formal and thematic ambitions are among the most constrained—and in that constraint, among the most legible—of the nineteenth century. Was it not Cézanne, after all, who enjoined painters “to use only the three primary colors and their direct derivatives” and “to see nature in terms of the cone, the cylinder and the sphere”4

Obedient to these constraints, Cézanne retreated from the larger world into self-imposed exile. His fiefdom occupied the humblest corner of creation, one in which all of art and most of human experience were reduced to fruits, flowers, and rocks, a series of inscrutable portraits, and a few schematic figures. That “painting of modern life” that was so central to the impressionists’ brief meant little or nothing to Paul Cézanne. Undoubtedly there is beauty in his Nature morte de pêches et poires (Still Life with Peaches and Pears) and this beauty was new to art (Fig. 1). The tactile richness of the green pears exhibits a realness— in the purest etymological sense of that word— that succeeds, despite the skewed perspective and simple contours, in conveying an experiential truth that is rooted in Courbet’s realism, but that surpasses it. Equally new to painting was that hint of movement within matter that we encounter in Turn in the Road (Fig. 2), through whose blurred trees the wind seems to pass as they rise above the tiled roofs of a provincial hamlet. 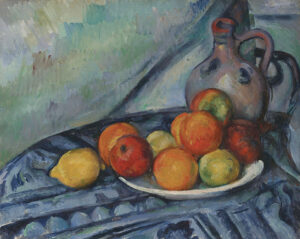 But even in that painting, the insistent verticals of the thin trees in the foreground point to a weakness in the art of Cézanne. His power arises from his use of pigment and from his composing of painted passages, but never from the pure power of line itself. In this he is not only different from Picasso, his most eminent follower, but diametrically opposed. One finds this weakness in some of the paintings in the Princeton show, among them Mont Sainte-Victoire Seen from Bibémus (Fig. 3), where the contours of the peak are crudely inert. Sometimes even color and composition collapse from want of energy, as in The Red Rock (Fig. 6): despite the excellence of the trees, the titular rock at the top right weighs the composition down with its crippling ballast. Although Cézanne was apparently a man of volcanic emotions—a proud, passionate son of the south who never adjusted to the cool drizzle of Paris—the emotive dryness of his art is the logical consequence of all of his formal and affective constraints. Even the strong impastations of his palette knife period (from his youth in the 1860s) awaken no real passion in the paint itself, much less in what the paint depicts. And while Cézanne occasionally painted nudes and generic figures in repose, such as we find in The Pond (Fig. 4), and although he tried his hand at mythological themes, one wonders whether, in all of art, there have ever been depictions of the human figure, male or female, clothed or nude, as purged of erotic valence as those of Cézanne. This essential dispassion is not to be confused with his extreme reduction of forms: such artists as Piet Mondrian, Ad Reinhardt, and Robert Ryman manage, precisely through their severe reductivism, to attain an affective power that is entirely absent from Cézanne.

That terminal lack of affect extends to his portraits as well. Although the colors and composition of Madame Cézanne in a Red Armchair (Fig. 7) are admirable, the face itself, entirely through want of art, instantly deflects all human warmth and engagement. Even Cézanne’s Self-Portrait with a Beret (Fig. 8) is marred by the cadaverous, mishandled face no less than by the poorly formed and delineated hat of the title. Is it not curious then that Pablo Picasso, the most passionate painter of the twentieth century, should have claimed this pallid master as his mentor and declare him the “father of us all”?

It is only by engaging with this painter in a more critical and less religious manner, only by recognizing that a certain dullness, even drabness, hovers about the edges of his art, that we can begin to reconstruct the reverence that he surely deserves, for his inarguable service to the cause of modern art and for those passages of painterly beauty that occur, more often than not, in his completed works. 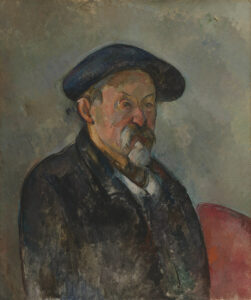