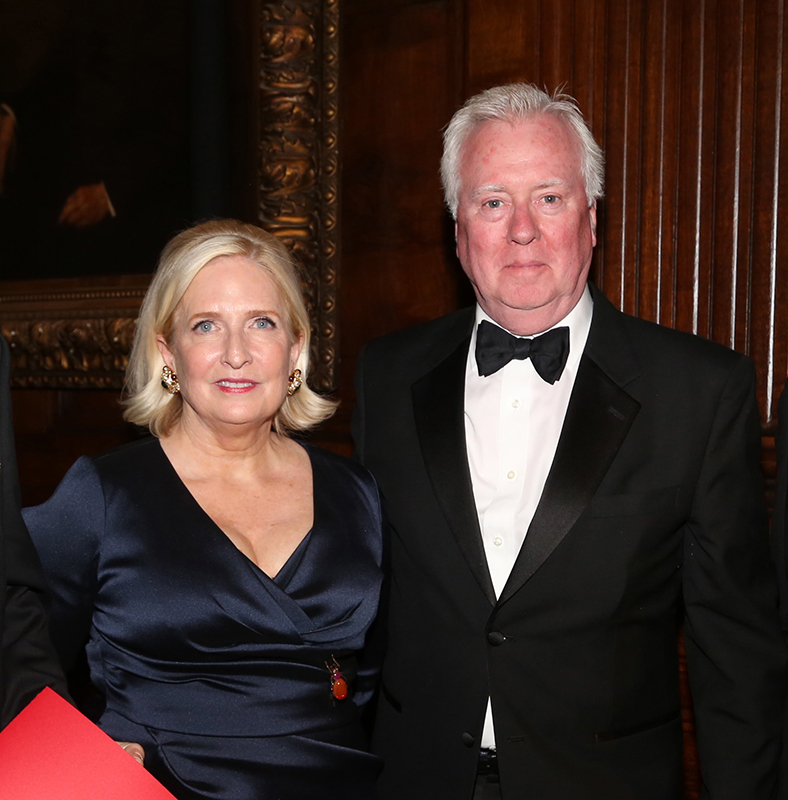 Readers of our magazine will know the Classical American Homes Preservation Trust as an organization we admire greatly. The trust was founded in 1993 by Richard Hampton Jenrette, the art collector and Wall Street legend who passed away in 2018, to maintain a group of historic houses and estates that he owned and restored and furnished with period appointments. The five properties overseen by the trust all date to the early nineteenth century, and are in locations that range from New York’s Hudson River valley to South Carolina. (A sixth property, the estate Cane Garden on the Caribbean island of St. Croix, is now for sale.) You can read all about the houses and the trust here.

There’s been a lot of news out of the trust lately, some of it rather bittersweet. That would be word that Margize Howell and Peter Kenny have both retired as co-presidents of the trust, a post they shared since 2015. Margize and Peter are not only two of the most knowledgeable people we know, they’re also among the warmest and most engaging. We are fortunate to have them both as members of the magazine’s editorial Board of Advisors.

In the announcement of their retirement, each spoke fondly of the trust’s founder. Margize worked with Dick Jenrette for nearly forty years. Their association began when she went to work in 1984 as curator of the corporate collection of his investment firm, Donaldson, Lufkin and Jenrette. “He was an extraordinary mentor with whom I shared a mutual love of history, preservation, architecture, and decorative arts,” she said. “The New York Times called him ‘the last gentleman on Wall Street,” which was true, but he was much more than that, too. Dick was as generous and kind an individual as you will ever meet, and a teacher at heart.”

This is, in a sense, the second retirement for Peter, whose 2011 book on the furniture of early nineteenth-century New York cabinetmaker Duncan Phyfe is considered definitive. He first retired in 2014 after a thirty-year career as a curator and administrator in the American Wing of the Metropolitan Museum of Art. The following year, Jenrette lured him to the trust. “Dick was the consummate gentleman who maintained throughout his lifetime incredible enthusiasm for the things that mattered most to us both: history, beauty, extraordinary objects that embodied the stories of the past, and the best in American design and craftsmanship,” he said. “My five years here have been a very special experience.”

Both Peter and Margize will remain active with the trust, so thankfully we’ll all be seeing a good deal of them. On the first of May, the trust announced its new president: Robert Leath, most recently the chief curator of the Museum of Early Southern Decorative Arts in Winston-Salem, NC. By a happy coincidence, Robert is another member of our magazine’s Board of Advisors. We look forward to having a chat with Robert, soon and at length, about his plans and goals for the future of the Classical American Homes Preservation Trust.