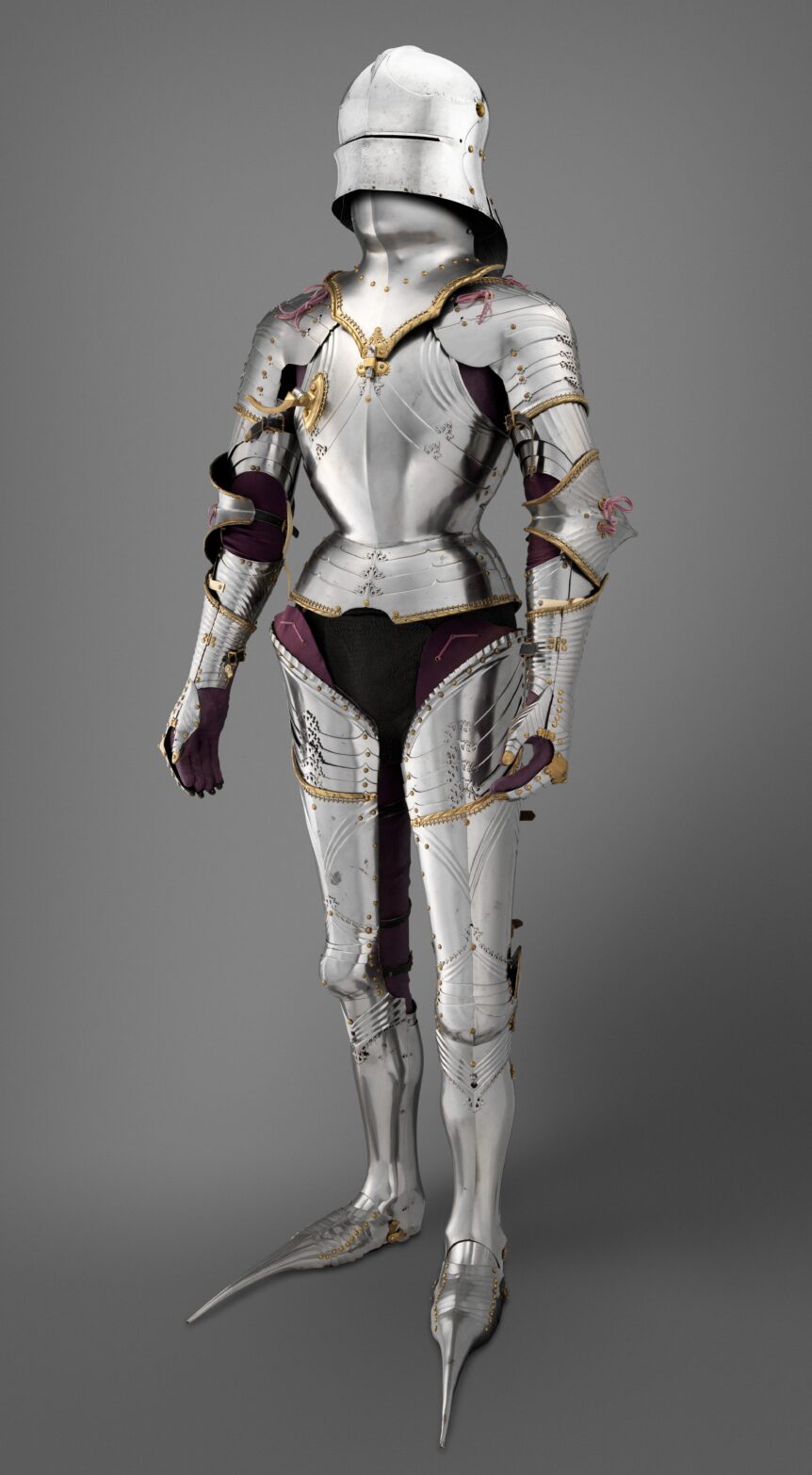 Holy Roman Emperor and builder of the Habsburg dynasty, Maximilian I (1459–1519) adored pageantry and the trappings of power. Known today in his native Austria as “The Last Knight,” Maximilian reigned at the dawn of the Renaissance, but his mind was firmly on the courtly manners of the Middle Ages. He published verse and books about his exploits in love and war, held jousting tournaments, and patronized armor makers with the same gusto with which the aristocrats of another place and era would employ Savile Row tailors. Maximilian’s enthusiasm for elaborate suits of armor was such that today a style of body armor—characterized by fluted breastplates and ornate helmets, among other details—bears his name.

On the five hundredth anniversary of the year of Maximilian’s death, the Metropolitan Museum of Art in New York will host The Last Knight: The Art, Armor, and Ambition of Maximilian I. Featuring more than 180 objects selected from some thirty public and private collections in Europe, the United States, and elsewhere—including weapons, paintings, sculpture, prints, drawings, stained glass, tapestry, and even toys—it is billed as the most comprehensive loan exhibition of European arms and armor in decades.

Maximilian ruled with an eye on posterity. Among other projects, he commissioned a design for a mammoth triumphal arch—never built, but Albrecht Dürer completed a multi-panel woodcut of the plan that, in its total size of some ten-by-eleven feet, is one of the largest works of its kind ever made—and outlined a scheme for an extravagant tomb that was finally completed by his grandson in 1572. Flanked by twenty-eight larger-than-life bronze statues of Maximilian’s ancestors and personal heroes, such as King Arthur of Britain, the cenotaph—Maximilian’s remains are interred near Vienna—stands in the Hofkirche in Innsbruck, Austria. Most mortals would regard an exhibition at the Met mounted in their name a sufficient tribute. Maximilian—maybe not so much.

The Last Knight: The Art, Armor, and Ambition of Maximilian I • Metropolitan Museum of Art • October 7 to January 5, 2020 • metmuseum.org