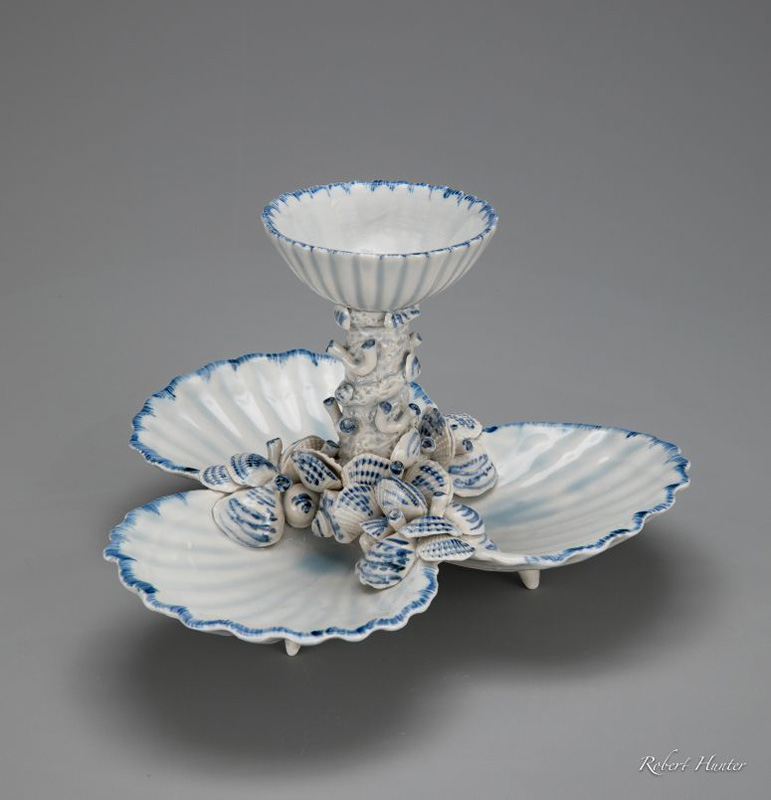 Virginia-based sculptor Michelle Erickson has made her career offering artistic comment on the present via the ceramic forms of the past, from Colonial-style dishware cheekily stamped with the rubric “MADE IN CHINA”—which draws attention to the changing ways exports from China have been treated through the centuries—to coffee mugs bearing the image of Colin Kaepernick kneeling, which quote and update Josiah Wedgwood’s famous “Am I Not a Man and a Brother?” medallion from the early abolition movement.

Erickson’s work begins with the close examination of a historical object. In a new video produced by Philadelphia’s Museum of the American Revolution, Erickson recreates an intricate soft-paste porcelain pickle stand—a tiered dish for serving sweetmeats—produced between 1770 and 1772 by the American China Manufactory of Philadelphia. Reverse-engineering is a process of discovery—Erickson learned that the stand was made from more than seventy-five different elements only after trying to build it herself. To imitate the lifelike quality of the scallops, cockleshells, tubeworms, and seaweed forms on the original, she made plaster molds using real shells and weeds, just as the manufacturers of the original stand would have done. As she explains, her “practice of re-creation is to discover the secrets held within the form.” See the whole process below.