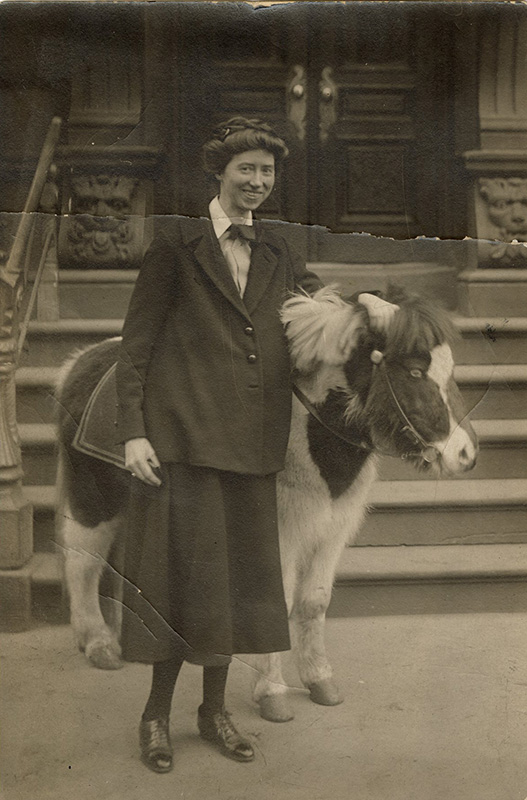 No ideas but in things. This famous line comes not from a museum curator—though more than a few have quoted it—but a poet, William Carlos Williams. It was a sort of mantra for him, and for the other American modernists of his time. Forcefully rejecting symbolism, they insisted on a direct encounter with the world.

Hence Williams’s famous untitled poem from his 1923 collection, Spring and All:

It’s a marvel of concision, giving the reader an extraordinarily palpable experience, not just of the object at the poem’s heart—the wheelbarrow—but also of qualities as such. Redness, whiteness, even glazed-ness. Reading it, the critic Cleanth Brooks observed, “is like peering at some ordinary object through a pin prick in a piece of cardboard. The fact that the pin prick frames it arbitrarily endows it with a puzzling, and exciting, freshness that seems to hover on the verge of revelation. And that is what the poem is actually about: ‘so much depends’—but what we do not know.”

This effect, in which concreteness is combined with profound mystery, was common in the work of Williams and his circle. Think of Wallace Stevens’s Anecdote of the Jar (also 1923), beloved of many a potter:

I placed a jar in Tennessee,

And round it was, upon a hill.

It made the slovenly wilderness

The wilderness rose up to it,

And sprawled around, no longer wild.

The jar was round upon the ground

And tall and of a port in air.

The jar was gray and bare.

It did not give of bird or bush,

Such a physical poem, this: the rough stoneware in the hand, the southern landscape falling away on every side. You can almost hear the cicadas. Its core precept is that of object-oriented poetry itself: if we give an object sufficient attention, the whole world will be reorganized around it, if only for a moment.

Antiques specialists don’t typically think of poetry as part of our patch. But maybe we should, for the concerns that animate our collecting and study are also present in writing like this. How could they not be? For poetry is an especially sensitive barometer of anything it alights upon. American modernists did draw on some purely literary sources: the elliptical compression of Japanese haiku; Rainer Maria Rilke’s “thing poems” (Dinggedichte); and the imagism championed by Ezra Pound. (“The natural object is always the adequate symbol,” he wrote. “Go in fear of abstractions.”) But they were also responding to changes in the life of things.

As literary scholar Douglas Mao argued in his 1998 book Solid Objects, modernist poetry in America was a direct response to the “aesthetic of abundance” of the early twentieth century—a literary counterpart to the arts and crafts movement of the same period, which had an equally complex relationship to consumerism. Rather like Gustav Stickley or the art potter Adelaide Alsop Robineau, poets like Williams and Stevens achieved a remarkable focus in their work—that pinhole camera effect—while also remaining fascinated by incidental aesthetic qualities. As Williams put it drily in a commentary on his poem about the red wheelbarrow, “there is no end of detail that is without significance.” The challenge was to cut through that accumulation, and get to the heart of the matter: “In any civilized society everyone should know EVERYTHING there is to know about life at once and always.”

This breathtaking aspiration was itself the product of new ways of looking. The department store, the public library, and the art museum—which developed in tandem, and borrowed from one another’s methods of storage and display—combined to encourage the new phenomenon of “browsing”—the ancestor of the internet search, with its sensation of endless freefall. Already a century ago, people dealt with the glut of commodities that surrounded them by devoting cursory attention to each thing, on the assumption that one still better might come along.

It was this noncommittal attitude that the modernist poets wanted to challenge. Rather like the precisionist paintings of Charles Sheeler—a close friend of Williams— they wrote in order to bring objects into a lapidary intelligibility. Often, their work has been described by literary critics as “craftsmanlike,” and they would not have objected to that. “There is a special place which poems, as all works of art, must occupy,” Williams once wrote, “quite definitely the same as that where bricks or colored threads are handled.”

That comment came in a text that Williams wrote about a third modernist poet, Marianne Moore. She is something of a special case, for not only did she study objects and write about them, but also avidly collected them, living in a collage of her own creation. Moore’s living room is preserved intact, along with her papers, at the Rosenbach, a museum and library in Philadelphia. Simply by virtue of its miscellany, this domestic space is a reminder of what happens when one attends to one object, then another, then another. They tend to pile up. And that effect is also present in Moore’s poetry. One of her earliest, aptly titled Critics and Connoisseurs (1916), begins like this:

There is a great amount of poetry in unconscious fastidiousness. Certain Ming products, imperial floor coverings of coach wheel yellow, are well enough in their way but I have seen something that I like better . . .

The breezy erudition on display here, which recurs throughout Moore’s oeuvre, is quite different from Williams’s plainspoken verse. Stevens perhaps fell somewhere between the two, writing in a single stanza of one poem (The Comedian as the Letter C, 1923) of “honest quilts” and “simple salad-beds” but also “silentious porpoises, whose snouts/ Dibbled in waves that were mustachios.” It’s quite a range, tonally, again recalling the arts and crafts movement, which likewise traversed the spectrum from unaffected vernacular to refined aestheticism.

Ultimately, though, poetry belongs in The Magazine ANTIQUES not because it presents a certain stylistic affinity or period sensibility. True, it would be equally interesting to look at rococo decor through the verse of Denis Diderot (“poetry must have something in it that is barbaric, vast and wild”), or at art deco through Langston Hughes’s perceptive eyes:

Of a dream deferred?

Or, why not Elizabethan artifacts in the all-illuminating light of Shakespeare, who managed to sum up all of aesthetics in eight words of Love’s Labour’s Lost: “Beauty is bought by judgment of the eye.”

More than the accumulation of such unlooked-for correspondences, though, there is a still greater purpose to approaching objects via poetry. It helps us to see them in their full dimension. William Carlos Williams wasn’t wrong, but turn his thought around and it might be even more useful. Things in ideas. Now we’re talking.