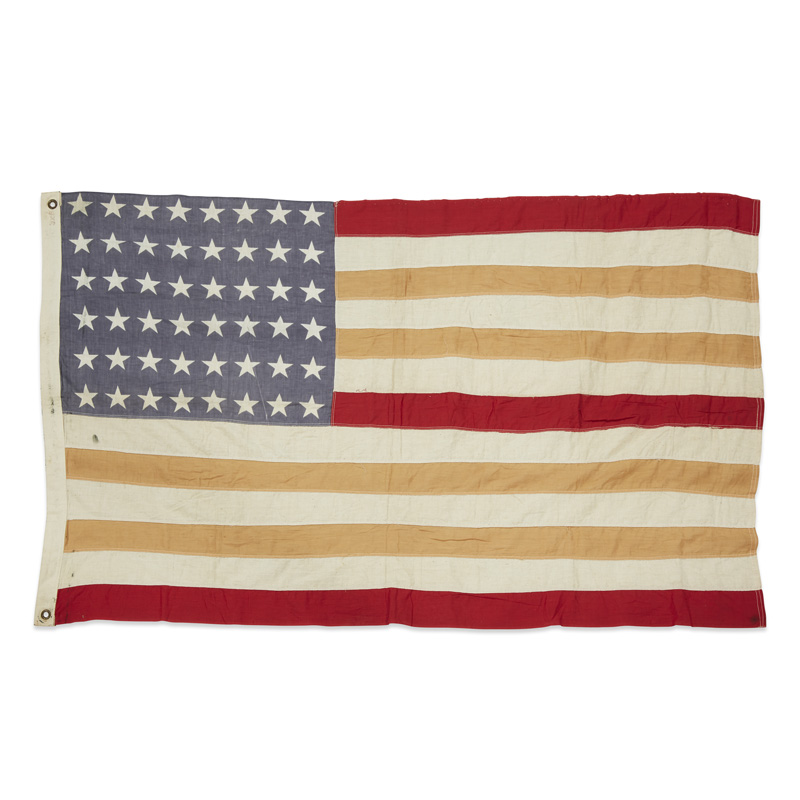 The first American flag Peter Keim collected was a thirteen-star specimen that he found poking out of a paper bag at a farm sale. Not even bothering to take a closer look, he bought the lot on a lark for $40. Happily for Keim, the flag turned out to be a hand-sewn beaut from 1862, worth $10,000. Keim now owns approximately four hundred American flags, in an impressive array of shapes, sizes, and—perhaps surprisingly—colors, each spangled with one of the thirty-eight permutations of between thirteen and fifty stars. This month on Curious Objects, as the collector prepares to part ways with his passion project—Keim’s flag collection goes on sale this Sunday at Freeman’s in Philadelphia—we bring you a conversation keyed to the red, white, and blue.

For forty-five years Peter J. Keim has been an avid collector of historic American flags, and has exhibited his collection in various museums and other venues across the US. He serves on the Board of Directors of the National Flag Foundation, and served in the same capacity at the National Civil War Museum. In 2007 Keim co-authored the book A Grand Old Flag, published by Dorling Kindersley, with his son, Kevin.