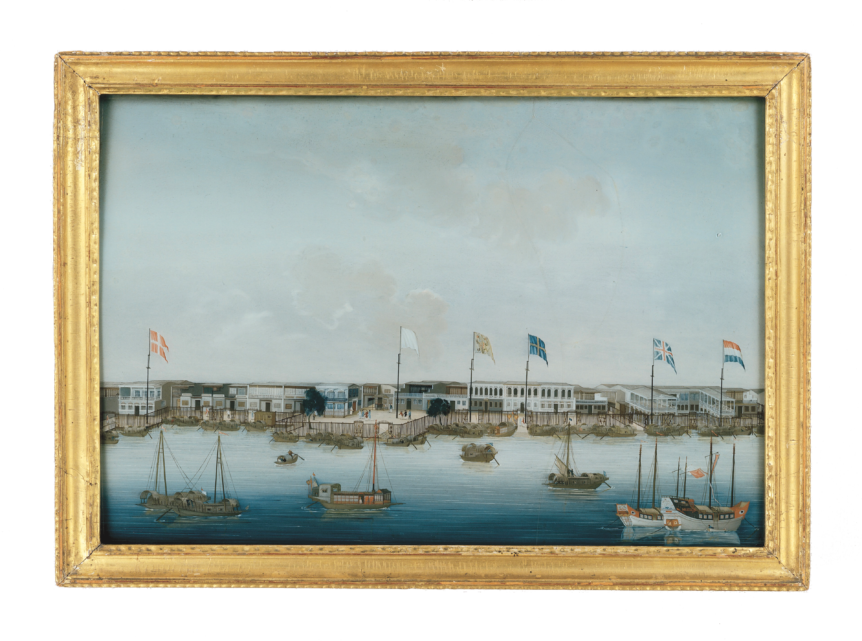 The technique of reverse-painting was introduced to China in the late 1600s by its European trading partners, who manufactured and shipped the plate glass necessary for its production. By the middle of the following century artists specializing in producing images for foreign markets were well-established at China’s primary international port, Guangzhou, or Canton, as well as the capital of Beijing. In this episode, Corning Museum of Glass curator Christopher Maxwell introduces a superlative example of this transnational art. The circa 1784–1785 painting depicts a bullish scene on the Zhujiang River, with junks and sampans crowding the wharf in front of the famous “hongs” (warehouses) flying the flags of Denmark, Sweden, Great Britain, and the Netherlands.