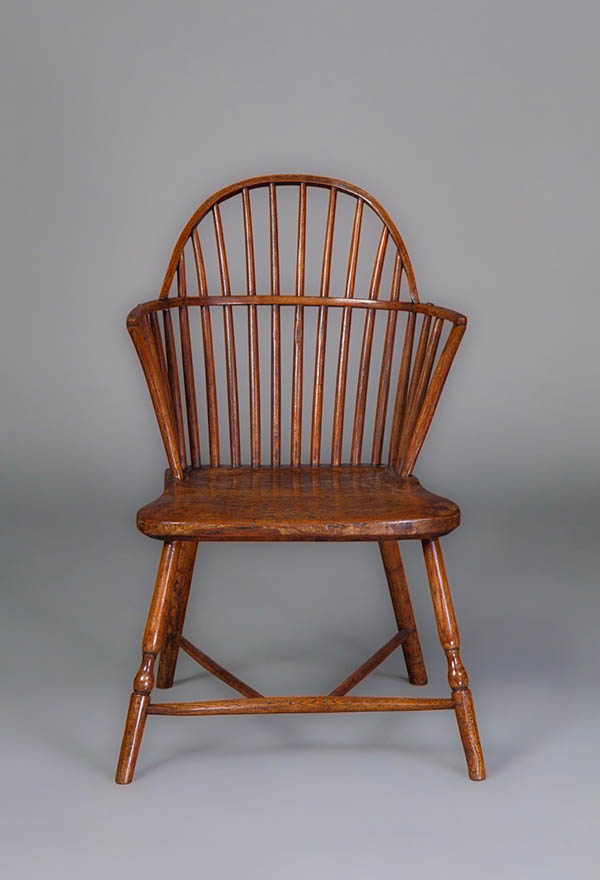 Benjamin Miller, host of The Magazine ANTIQUES’ podcast Curious Objects, interviewed Michael Pashby of Michael Pashby Antiques about a Windsor chair with interesting history. Made about 1790 by Gillows, it’s composed primarily of ash and has a sycamore seat. In this excerpt, Miller and Pashby discuss how the Internet has affected collectors and buyers.

Benjamin Miller: The Internet has had some serious ramifications for the way that art dealers and antique dealers do business. How has that changed your business over the last ten or twenty years?

Michael Pashby: I mean I would say that it’s more in the last, actually, five, five to seven years that it’s had any real impact because that really has been the growth of the number of websites. I mean the first thing is there is huge transparency now.

Michael Pashby: Price transparency, and you can see, virtually, how many pieces there are of any type of item out there. What someone once said was rare, you just type that in now and you find that there are 127 of those being offered for sale around the world. A good analogy with that is, I remember, many years ago after Andy Warhol died the thought was they’re going to produce the catalogue raisonné of the Warhol work and people were very worried about it because Warhol was incredibly prolific, second only to, I guess, Picasso in the twentieth century. The worry was [that] if you knew that there were 126 similar paintings of Marilyn Monroe, the one you’ve got sitting on your wall doesn’t seem so special anymore. But when the catalogue raisonné was produced it actually had the opposite effect because what it did was it gave people certainty, saying “I know there’s 126 and I know there will be no more coming on the market.” So it gave people a certain amount of certainty and it was—

Michael Pashby: I mean, you’re always going to have the catalogue raisonnés out there for an artist. It didn’t damage his market. In fact, the Warhol market actually went up.

Benjamin Miller: Now it can make it more difficult for a dealer to buy well.

Benjamin Miller: But someone put a picture of it on the Internet.

Michael Pashby: Someone put a picture on the Internet, it’s an auction happening there, or a person’s . . . I see an image of someone’s house in one of those places and I see a piece of furniture which I think I would like—I can go out and I can contact those people. So everyone can do that. There’s more transparency in pricing, which is good and it’s bad. Ultimately, what dealers do is they add value to the piece in the end. Because, when the dealer will sell something the dealer is always going to ensure that they’ve edited. I mean, I see hundreds and hundreds—as you do—I see hundreds and hundreds of pieces all the time. I’m choosing one, two, or three out of those hundreds. And they have to be the best. They have to be the best. So I’m not offering people a wide range of quality. It’s all of a similar quality. So the work has been done. That’s, in the end, where we make our profits. We make our profits by providing that value and editing for the collector and for the customer.