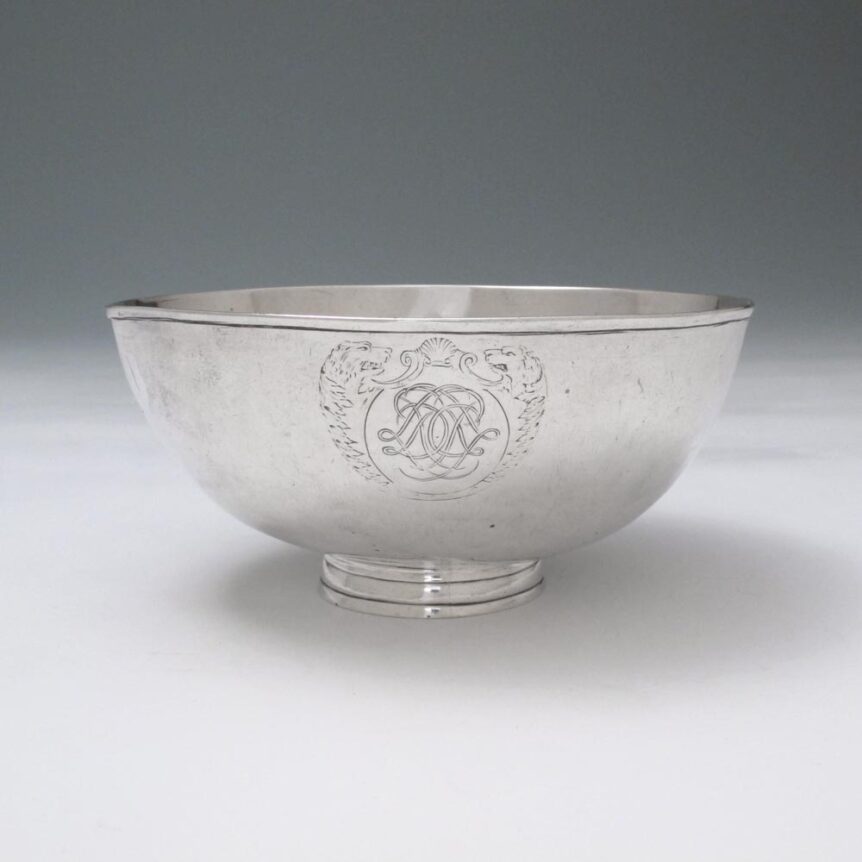 Everybody’s got that object in their life: something that’s been around for awhile, maybe since you were a kid, maybe you got it from your parents, maybe they got it from theirs, and somewhere along the line everyone kind of forgot where it came from in the first place.  Wouldn’t it be nice to know? Don’t you wish someone had kept a receipt?

This is the story of that once-in-a-lifetime moment when an object whose origins appeared lost suddenly got its history back. And since that object’s history concerns the grandees of early New York City, we all got our history back, too.

Debra Schmidt Bach, PhD, is the curator of decorative arts and special exhibitions at the New-York Historical Society. She has curated and collaborated on many popular and social history exhibitions, including Beyond Midnight: Paul Revere, Life Cut Short: Hamilton’s Hair and the Art of Mourning Jewelry, Celebrating Bill Cunningham, First Jewish Americans: Freedom and Culture in the New World, Stories In Sterling: Four Centuries of Silver in New York, and Beer Here: Brewing New York’s History. Bach lectures widely, has written numerous essays, articles, and blogs, and has contributed to exhibition catalogues and popular culture anthologies.

Daniel Ayers retired from a forty-year career as an architect in New York, California, and Florida.  His work specialized in institutional buildings, including schools, hospitals, libraries, and a large urban county courthouse.

Alice L. Ayers retired after a career of public service that included seventeen years as executive director of the Connecticut Trial Lawyers, member/president of the chapter in the Association of Trial Lawyer Executives, member/State Board member of the Daughters of the American Revolution, and member/chapter and state president of the Connecticut League of Women Voters. She also spent twelve years as an elected local and state committee member in Wilton, Connecticut, under Governor Ella Grasso.

Tim Martin is the president of S. J. Shrubsole. He started working for his stepfather, Eric Shrubsole, immediately after college, thinking that sitting around a shop would be a good way to figure out whether he wanted to go into journalism or academics. But because he spent so much time staring at silver—in particular, a magical tankard in his stepfather’s apartment—he fell in love with the medium and began to take the job seriously. He is on the vetting committees at the Winter Show, the International Antiques Show, and TEFAF Maastricht, and he is the first American member of the Antique Plate Committee at the Goldsmith’s Hall in London.


photo courtesy of Antiques and the Arts Weekly