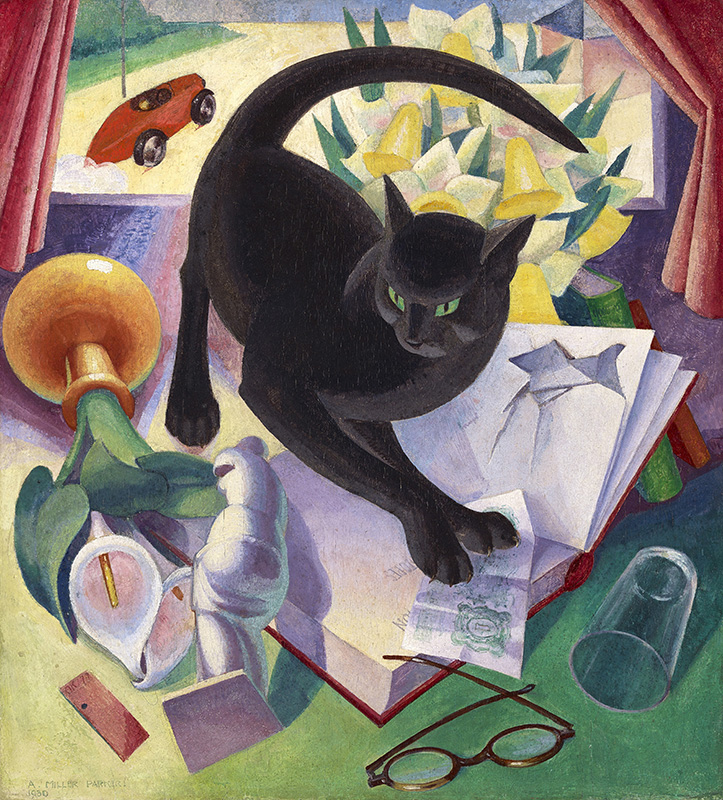 Around 1930, two British artists, Agnes Miller Parker and Jessica Dismorr, went to work on a pair of paintings—one a modernist Madonna and Child, the other a portrait of a rampaging cat that’s steeped in symbolism—that are now on view at the Fine Art Society’s galleries in London and Edinburgh. FAS principals Emily Walsh and Rowena Morgan-Cox explain to Ben how two women painters made their mark during a time when the art world was still male-dominated.

Emily Walsh specializes in Scottish art across the centuries, with a particular interest in the late eighteen hundreds to early nineteen hundreds, as well as the twentieth century. She has managed the Fine Art Society’s Edinburgh gallery for the last decade and a half, and now oversees the new London operation as well. During her time in charge, Emily has staged annual exhibitions of both Scottish and British paintings in Hong Kong and intermittently in New York. Emily began her career at Bourne Fine Art in 1997, having graduated from the University of Edinburgh with a joint honors degree in the history of art and English literature.

Rowena Morgan-Cox specializes in late-nineteeth and early-twentieth century fine and decorative arts. During her first stint at the Fine Art Society from 2012 to 2017, Rowena curated several exhibitions, including Gerald Laing (2016) and Modern British Women (2017), and managed the sale of the John Scott collection of decorative art and sculpture (2014–2015). She re-joined the FAS team in 2018, after helping to set up 8 Holland Street, the London art and design store founded by interior designer Tobias Vernon. Rowena holds an MA from the Courtauld Institute of Art, where she studied nineteenth-century European painting and sculpture. She has given many talks and chaired panel discussions on design, female artists, and the FAS’s history; in 2015 she became the youngest committee member of the Decorative Arts Society.