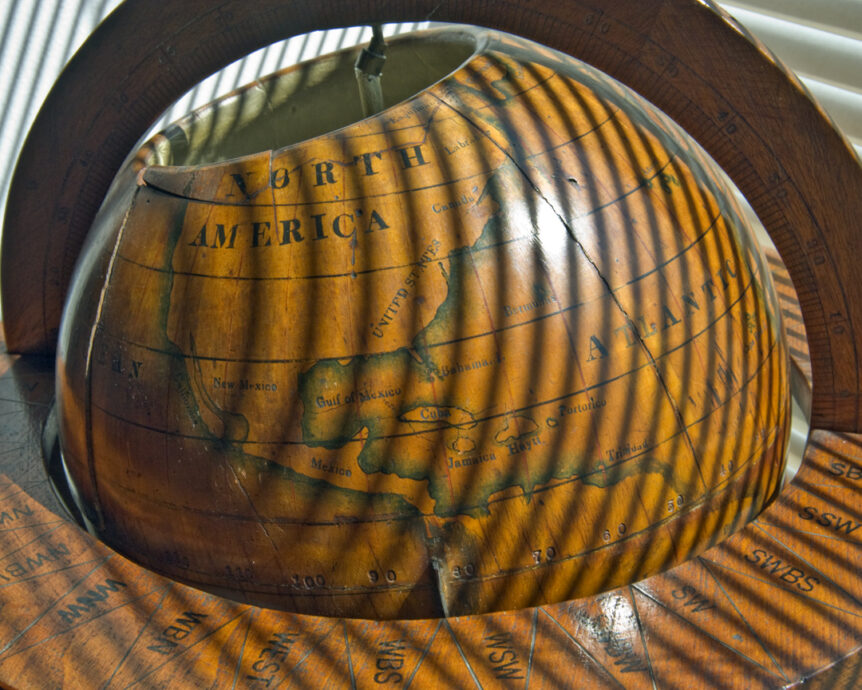 According to some, underneath our feet is a second, inverted world, home to strange beasts, the Lost Tribes of Israel . . . maybe even Hitler. In the nineteenth century, a booster for the “hollow earth” theory was one John Cleves Symmes of St. Louis. Accompanied by a perforated wooden globe, between 1818 and 1827 Symmes crisscrossed the United States delivering lectures on the existence of portals to the underworld located at the poles, and urging that an expedition be undertaken to discover them. Drexel University’s Robert McCracken Peck comes on the podcast to talk about the theory and the globe in this episode of Curious Objects.

Robert McCracken Peck, senior fellow of the Academy of Natural Sciences of Drexel University, is a writer, naturalist, and historian who has traveled extensively in North and South America, Africa, Asia, and Europe.  He served as special assistant to the academy’s president and director of the academy’s Natural History Museum before being named fellow of the academy in 1983. The author of numerous books and articles on natural history and the history of science, Peck is frequently called upon to provide commentary for NPR, PBS, BBC, AP, UPI, Reuters, the New York Times and other news outlets.