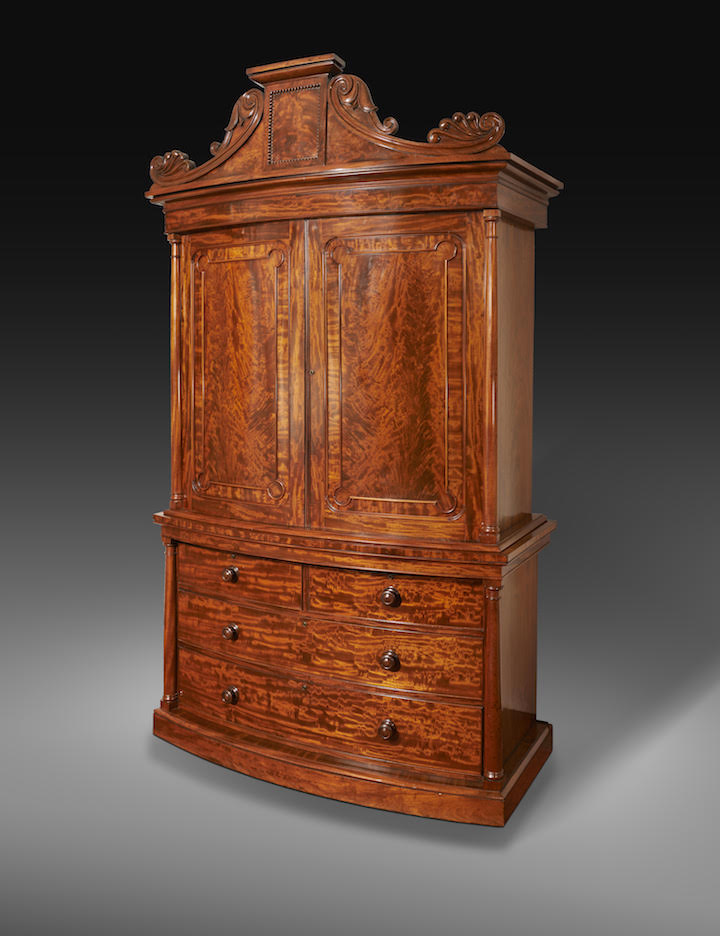 In the upcoming episode of our new podcast, Curious Objects,  Benjamin Miller interviews Stuart Feld of Hirschl & Adler. The star of the show is a masterfully carved mahogany linen press, but their wide-ranging conversation delves into the crucial role research plays in antiquing, auction trends, and Feld’s own august resume.

Benjamin Miller: What’s a piece of advice that you would give to a young collector just starting out in this field—maybe someone who’s listening now and is intrigued by the idea of this linen press? What would you tell someone who was just thinking about dipping their feet into this world?

Stuart Feld: In all aspects of the material that we deal in, the pieces that are the best of their kind have held their value, or have become more valuable, whereas the more generic objects, whether they be decorative arts or fine arts, have really kind of lingered, and there’s a lot less interest in them right now. Wearing my hat not as a dealer but as a private collector—and I was a private collector long before I became a dealer—I’ve always tried to seek out objects that I thought were really extraordinary, that were a little bit below the radar, because I could not economically compete with the person buying the great Philadelphia Chippendale highboy, or the Goddard-Townsend shell-carved kneehole desk—or whatever—dressing table. And I settled years ago on American neoclassical furniture, which was not, at that point, of great popular interest. And that turned out to have been a very nice decision. One of the areas in the picture world that we have personally collected is the “American”—so-called—”pre-Raphaelites,” and we have collected extensively in that area, and, as a matter of fact, are significant lenders to a show of that material will be at the National Gallery in Washington in the summer of 2018.

My advice, in brief, would be that you want to buy the absolute best that you can at any given moment.

Miller: So our listeners ought to seek out areas that are under the radar, areas of collecting that are maybe out of vogue but where they can afford to buy really excellent examples.

Feld: Unfortunately, having given this sage advice, I have to say that there are fewer areas now that are under the radar than there were when I was getting started. But there is still the occasional beautiful thing that can be bought that is really great quality that is not necessarily wildly expensive.

But the best advice I would give is that if you yourself don’t know what you should be buying, then seek advice from somebody who does have a sense of where the market has been and where it’s going, and what the right things to be buying are at a given moment. 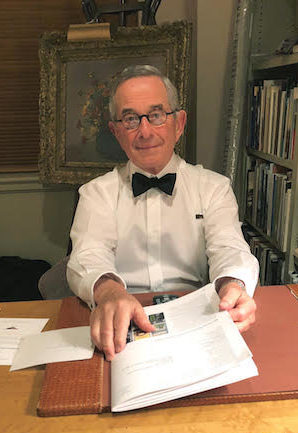 Stuart Feld graduated from Princeton University in 1957 with an A. B. in the Department of Art and Archaeology. He completed his graduate studies at the Fogg Art Museum at Harvard University in 1961. From 1962 to 1967 he worked in the Department of American Paintings and Sculpture at the Metropolitan Museum of Art, during which time he co-authored American Paintings: A Catalogue of the Collection of The Metropolitan Museum of Art. In 1967, Stuart left his post as Associate Curator in Charge of the Department and joined Hirschl & Adler Galleries as a partner, becoming its sole proprietor in 1982. Stuart has authored many articles and catalogues in the field of American Art—both fine and decorative arts—and is a frequent lecturer around the country. He is currently working with Kathleen Burnside on the definitive catalogue raisonné of the work of the American impressionist painter Childe Hassam.