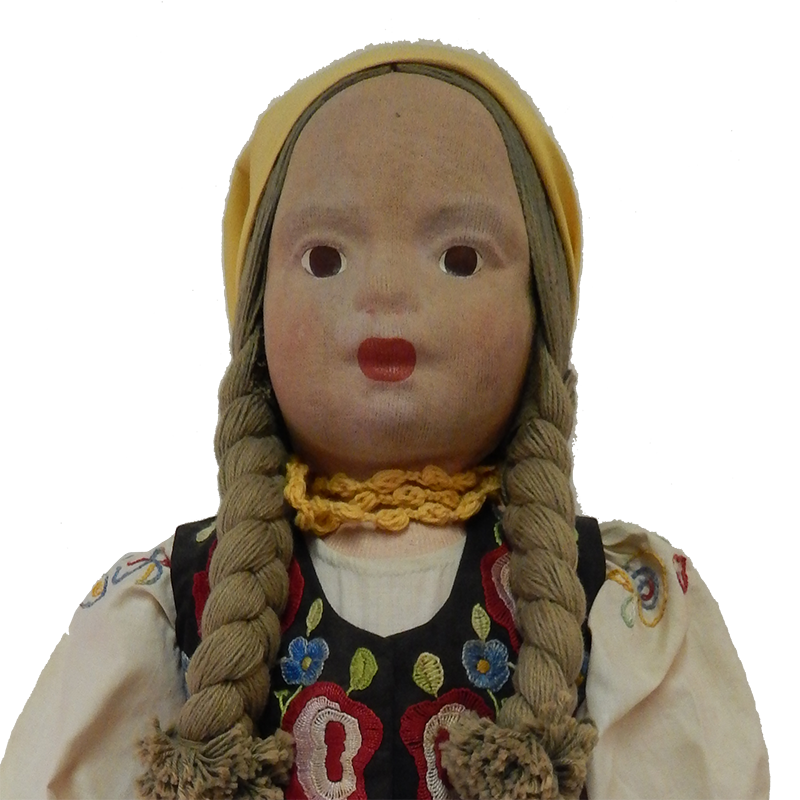 During the Great Depression, the Works Progress Administration funded an interracial labor program in Wisconsin that employed over five thousand women to craft handmade goods: the Milwaukee Handicraft Project. Especially noteworthy among the rugs, quilts, costumes, and books that the women produced is a run of exquisitely crafted and clothed toddler-sized dolls. Host Benjamin Miller learns from scholar Allison Robinson about how these dolls—made to represent different ethnic groups both foreign and domestic—provide insight into New Deal–era debates over women’s labor, race, and cultural nationalism . . . and into the origins of Barbie and American Girl.

Allison Robinson is a doctoral candidate in the Department of History at the University of Chicago. She has a decade-long passion for public history, having worked at Thomas Jefferson’s Monticello, James Madison’s Montpelier, and the Historic New Orleans Collection. Allison has two master’s degrees, one from the Winterthur Program in American Material Culture and another in history from the University of Chicago. Currently, she is a Smithsonian Institution Predoctoral Fellow at the National Museum of American History and the Archives of American Art. Allison looks forward to joining the New-York Historical Society this September as the Andrew W. Mellon Postdoctoral Fellow in Women’s History and Public History.