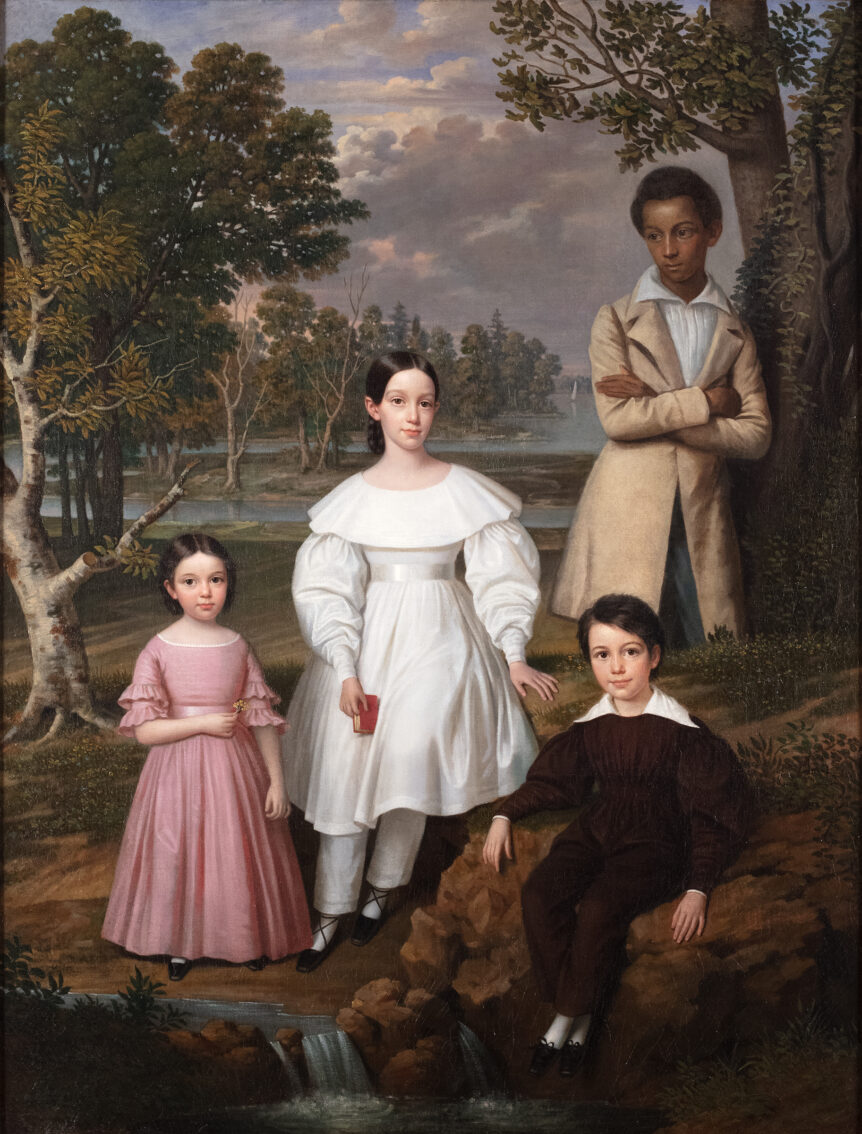 In 1837 a family group that flew in the face of convention was committed to canvas, presumably by portraitist Jacques Guillame Lucien Amans. It showed four children. Three were white, dressed in their Sunday best and gazing placidly at the viewer. The fourth, standing behind them in a Brooks Brothers livery coat, was a Black teenager. This is Bélizaire, and at some point around the turn of the twentieth century—for reasons unknown—his portrait was covered up. Now, thanks to the sleuthing of scholars Jeremy K. Simien and Katy Morlas Shannon, and the efforts of conservationist Craig Crawford, Bélizaire has re-emerged. You’ve seen him on ANTIQUES’ cover (September/October), and read about him in our pages. Now comes the most in-depth portion of our coverage: a three-part Curious Objects episode about Bélizaire and the Frey Children, releasing every Thursday over the next three weeks. Today: Bélizaire’s biography, or what we know of it.