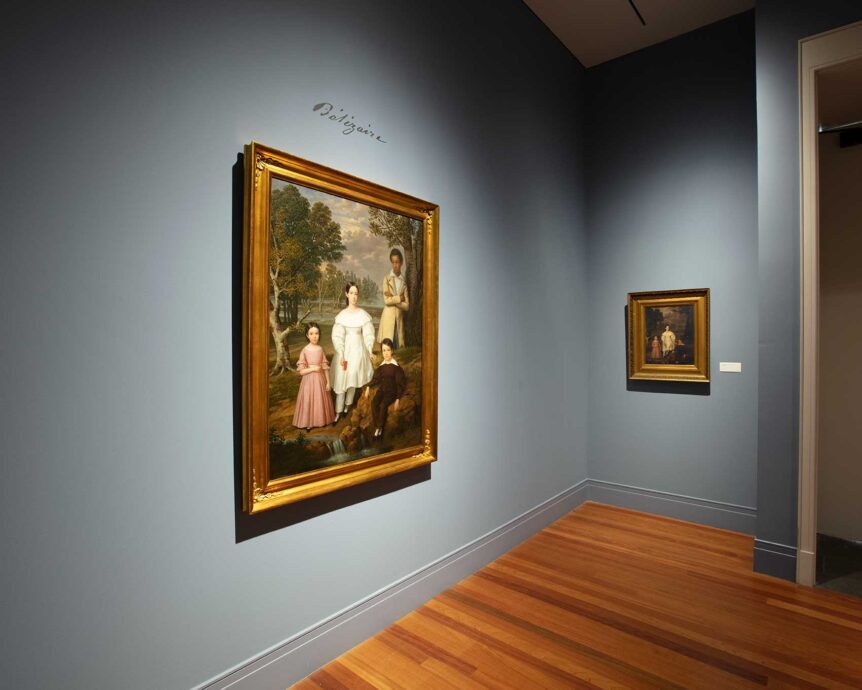 In 1837 a family group that flew in the face of convention was committed to canvas, presumably by portraitist Jacques Guillame Lucien Amans. It showed four children. Three were white, dressed in their Sunday best and gazing placidly at the viewer. The fourth, standing behind them in a Brooks Brothers livery coat, was a Black teenager. This is Bélizaire, and at some point around the turn of the twentieth century—for reasons unknown—his portrait was covered up.

In this final installment of the trilogy we consider Bélizaire’s legacy and that of his portrait. Does the debonair boy of 1837 have an afterlife ahead of him? Will Bélizaire and the Frey Children prove to be, as Taylor Thistlethwaite puts it, “one of the more significant paintings that has been rediscovered in American history”?