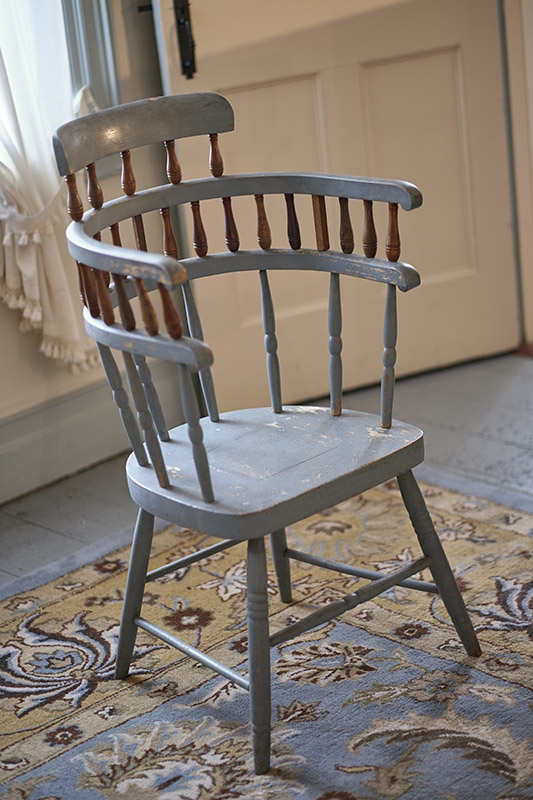 Ben speaks with Ellery Foutch, assistant professor of American studies at Middlebury College, about a “relic Windsor chair” assembled by Henry Sheldon (founder of the Middlebury museum named in his honor) in 1884. This unique piece of furniture was built with fragments of wood salvaged from structures with local or national significance—such as the warship Old Ironsides, the William Penn House in Philadelphia, and a colonial whipping post. (Look here for a full list of the chair’s components.) And thanks to Foutch’s and her student’s efforts, the nineteenth-century chair now has a twentieth-century twin.

Ellery Foutch is an assistant professor in the American Studies department at Middlebury College, Vermont, where she teaches classes on the art and material culture of the United States. She completed her BA at Wellesley College and an MA at the Williams College Graduate Program in the History of Art. After earning her PhD in the History of Art from the University of Pennsylvania, she held postdoctoral teaching fellowships at the University of Wisconsin-Madison and The Courtauld Institute of Art (London). She is currently at work on a book that investigates fascinations with perfection and its preservation in art and natural history museums of the nineteenth century.

Image: Ellery Foutch with the relic chair reconstructed by her students to incorporate meaningful objects from Vermont history and their own lives: copper sheathing from the Vermont State House, a spindle from Robert Frost’s Ripton, Vermont, farm, and handlebars from a Middlebury bike shop, and much more. Photograph by Colin Boyd, courtesy of Ellery Foutch.