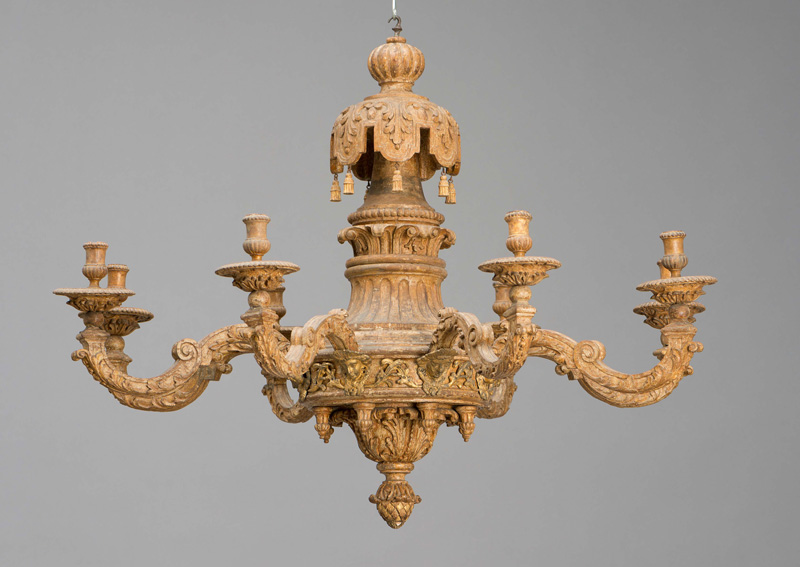 In this episode of Curious Objects, Michael Diaz-Griffith treks to Colonial Williamsburg in Virginia to talk with chief curator Ron Hurst about a new exhibition at the DeWitt Wallace Museum of Decorative Arts: British Masterworks, opening February 15. Gilded chandeliers, a colossal Chippendale bookcase, and an armchair upholstered with an image of a parrot and a basket of fruit were collected by curators in the early twentieth century to flesh out their conception of the 1700s. But these objects tell a different story today from they were bought to support. As Michael explains, “re-presenting the past shows us that it’s often not what we expect.”

Ronald L. Hurst has been vice president for museums, preservation, and historic resources, as well as chief curator, at the Colonial Williamsburg Foundation since 1998. He holds degrees in history and American studies from Virginia Tech, George Mason University, and the College of William and Mary, and is a graduate of the Museum of the Early Southern Decorative Arts Summer Institute and the Attingham Summer School. Following positions at Gunston Hall Plantation, Preservation Virginia, and other institutions, Hurst joined the Colonial Williamsburg staff as curator of furniture in 1983. His book Southern Furniture, 1680–1830: The Colonial Williamsburg Collection (co-authored with Jonathan Prown), received the Charles Montgomery Prize as the best American decorative arts publication of 1998.