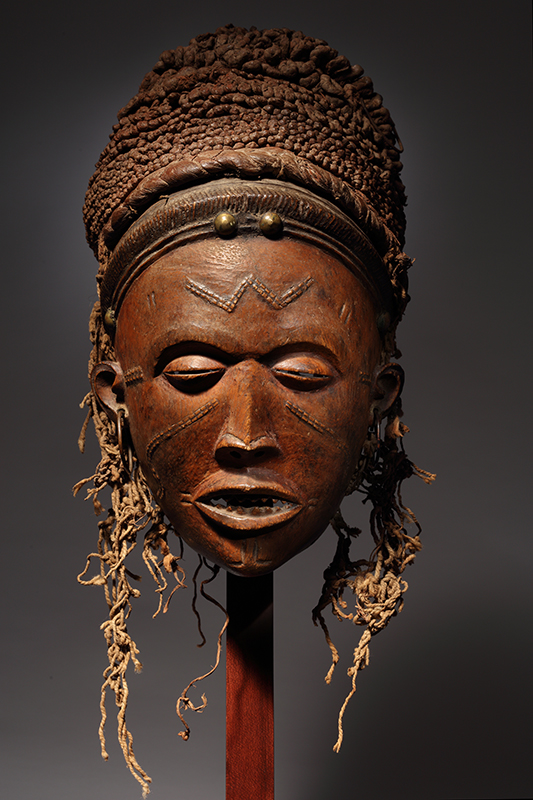 In America and Europe, the arts and artifacts of Africa are often viewed at a cultural remove. We understand what they are—religious objects of veneration; objects used in social rituals; treasures of royalty and the ruling elite; the coinage of commerce; tools and weaponry—but not their intrinsic meaning.

Many Western art historians survey African art mainly in light of its pivotal influence on Picasso and others, who were astounded by what they saw when the plunder of colonial dominions came on view in the great European capitals. Still other scholars like to focus on the foundational influence of African art on early modernist abstraction. But the artworks of Africa are rarely examined from one simple, yet fundamental point of view: that of their makers, who had their own notions of beauty and usefulness.

A current exhibition at the Kimbell Art Museum in Fort Worth, Texas, does much to rectify that lapse. The Language of Beauty in African Art features more than two hundred works of art—including masks, carved figures, large-scale sculptures, and utilitarian objects—drawn from public and private collections worldwide. Uniquely, this exhibition parses the artworks using the words their creators used to describe them. For example, the show demonstrates how a wooden male figure from the Chokwe people of today’s Angola manifests both the term utotombo—meaning that which is executed with skill and care—and the concept of cibema, which describes an object that blends formal beauty with moral integrity.

“This exhibition is important because it reverses the past Eurocentric perception of African art, focusing on indigenous perspectives on beauty and ugliness as expressed in these art forms, and the language that these varied cultures used to describe it,” says Kimbell curator Jennifer Casler Price. “In taking this approach, the exhibition recognizes that beauty and ugliness have meaning and are related to the purpose and function of art, and that despite wide cultural diversity, there are shared features of beauty and goodness, as well as shared values of aesthetics and morality.”

The exhibition was organized by the Art Institute of Chicago (which has lately been sharing quite a few of the shows it puts together with other museums) and will go on view there in November, accompanied by a scholarly catalogue published for the Art Institute by Yale University Press.

The Language of Beauty in African Art • Kimbell Art Museum, Fort Worth, Texas • to July 31 • kimbellart.org