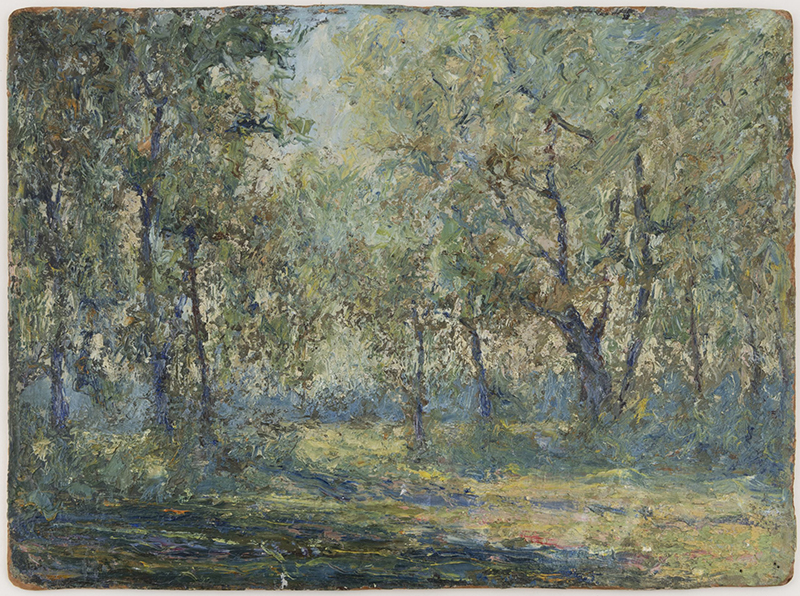 The late New York Times art critic Hilton Kramer once declared that Milton Avery “had the finest eye for color in the entire history of American painting.” The irony is that Avery became an artist almost by accident. He grew up in a working-class family—his father was a tanner—and in his teenage years in Connecticut had nothing to do with the arts. In early adulthood, following the death of his father and brother-in-law, Avery had to become the family breadwinner, working in construction and as a mechanic. In his early twenties, persuaded by a magazine advertisement that there was good money to be made in lettering and calligraphy, he tried to sign up for a class at the Connecticut League of Art Students in Hartford. The class was full, so Avery took a course in drawing instead. From then on, even though he remained a working stiff for a time, art consumed him.

A current exhibition at the Wadsworth Atheneum Museum of Art, Milton Avery: The Connecticut Years, examines the artist’s formative period, when he studied at the Connecticut League and later at the School of the Art Society of Hartford (now the Hartford Art School). The show features some two dozen oil paintings, watercolors, and sketches, along with letters, reviews, brochures and other materials that described the surprisingly rich arts scene in Hartford in the first decades of the twentieth century.

Even in his earliest works such as Hartford Woods, painted in an impressionistic style, you can see the stirrings of the color sense that Hilton Kramer praised and that made Avery a hero to later color-field artists such as Mark Rothko. The Wadsworth exhibition also features rarely seen works painted by Avery during a summer stay in rural Connecticut in 1930, after he had moved to New York to work as an artist full-time. In paintings such as the watercolor Untitled (Collinsville Landscape) made at that time, it’s plain that a master of light and color had emerged.