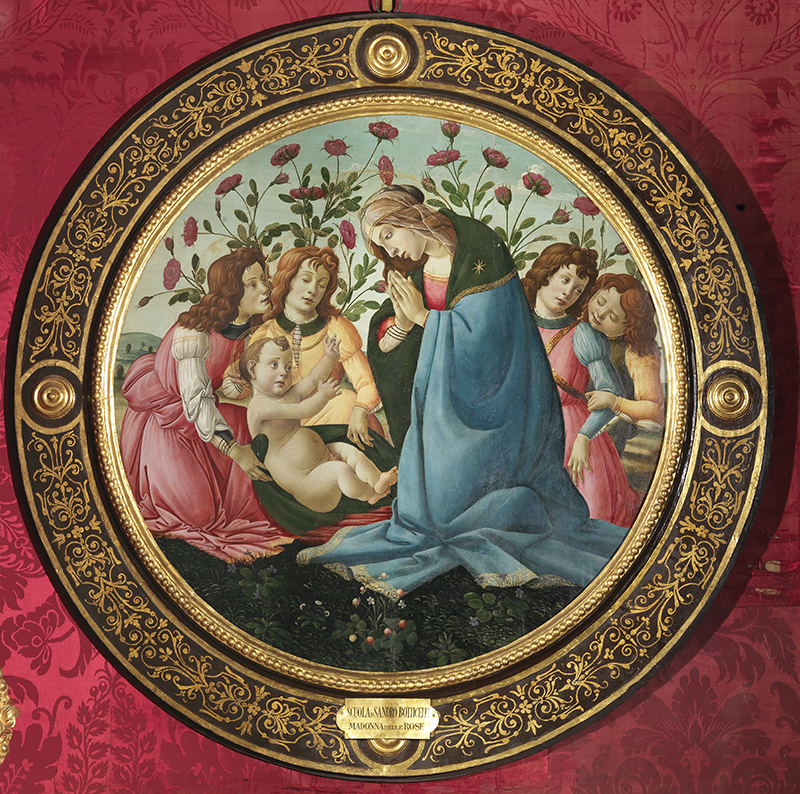 The Uffizi in Florence, Italy is one of the world’s most eminent art museums, and a list of the artists whose works are in its collection reads like a roll call of the great geniuses of the Renaissance, among them Leonardo, Raphael, Michelangelo, and Titian. But the artist whose paintings that visitors to the Uffizi are most eager to see may well be Sandro Botticelli, and in particular his graceful masterpieces Primavera and The Birth of Venus.

Those paintings aren’t going anywhere. But the Italian museum is sending twelve works by the celebrated artist to the Minneapolis Institute of Art for its upcoming exhibition Botticelli and Renaissance Florence: Masterworks from the Uffizi. The show will explore the painter and his milieu in late fifteenth century Tuscany, when Botticelli was a favorite of the Medici court, and was among the artists summoned to Rome in 1481 by Pope Sixtus IV to paint frescoes in the newly built Sistine Chapel. (Michelangelo came along twenty-seven years later and made some changes to the artwork decorating the space.) All told, the Uffizi will send some forty-five works to the Minnesota museum, which now likes to be known as Mia. These include marble and terracotta sculptures and several works by Italian masters who were contemporaries of Botticelli, among them Domenico Ghirlandaio, Perugino, and Fra Filippo Lippi, who was Botticelli’s teacher.

One of the keys to Botticelli’s art-historical significance is that he was the first major artist of his time and place to move away from solely religious themes and paint secular imagery—notably scenes drawn from classical mythology. The most important Botticelli work the Uffizi will send abroad is his Pallas and the Centaur, painted around 1482, roughly the same time as Primavera. The painting depicts Pallas—the goddess of wisdom known also to the Greeks as Athena, and to the Romans as Minerva—seizing the hair of a centaur, who cringes before her submissively.

Centaurs being known for their unbridled lust and sensuality, the work has been interpreted as an allegory for the triumph of reason over passion. Pallas and the Centaur is believed by some art historians to have been commissioned by Lorenzo de’ Medici as a wedding gift. Killjoy.

Botticelli and Renaissance Florence: Masterworks from the Uffizi • Minneapolis Institute of Art • October 16 to January 8, 2023 • artsmia.org