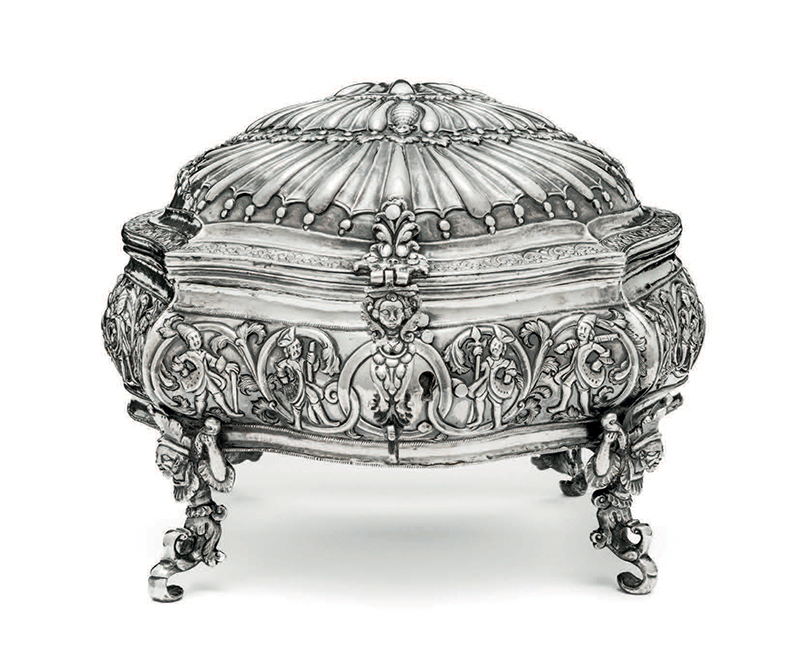 The Los Angeles County Museum of Art is currently presenting highlights from its extraordinary collection of Latin American viceregal (that is, colonial-era) art. The exhibition, entitled Archive of the World: Art and Imagination in Spanish America, 1500–1800— along with its accompanying catalogue—also documents an amazing feat of museum collection building, carried out in the past two decades under the leadership of LACMA’s curator of Latin American art, Ilona Katzew.

The works exhibited offer an encyclopedic array of viceregal-era visual culture, both from the Viceroyalty of New Spain (Mexico) and the viceroyalties of Spanish South America. The emphasis—as would be expected given Katzew’s Mexican background— is on colonial Mexico, but there are important works from the Andean region as well. As Katzew notes in the insightful interview published in the catalogue, conducted by Edward J. Sullivan of New York University, the prevalence of inferior or dubiously attributed colonial Andean works on the market makes acquisition of prime objects difficult—which makes her achievement even more remarkable.

Clearly, a decision was made early on to emphasize creating a complete context for presenting viceregal art, so that LACMA did not shy away from obtaining works that, while not by the more famous artists, told important artistic and cultural stories on a wide range of subjects. In particular—and in this area LACMA is unrivaled, perhaps even internationally— secular works, and not just portraits, but landscapes, urban and rural scenes, and events, are present. This is in notable contrast to other collections outside of Latin American, which in effect have benefited from Benito Juárez’s closing of the Mexican monasteries in the 1850s, sending perhaps thousands of religious objects into private hands.

At LACMA, a large biombo (a folding screen, a form indicating East Asian influence) is decorated with an elaborate painting of an indigenous wedding, complete with acrobats, aerialists of the palo volador (flying pole), dancers, wedding guests in sumptuous huipiles (indigenous tunics) as well as European fashions, and of course the wedding party, representing upper-class indigenous leaders. Of equal importance are the works called castas, which show the various racial mixtures, or mestizaje, of the viceroyalties, notably those painted by the Mexican artist Miguel Cabrera (c. 1715–1768) but also analogous South American examples.

The emphasis on breadth in both religious and secular works means that while notable individual paintings from first-rank artists—and here one can cite, among others, works by Bolivian artist Melchor Pérez Holguín and the Mexicans Baltasar de Echave Ibía (c. 1595– 1644) and José de Páez (1721– c. 1790), who is represented by a particularly charming selection of works. In the catalogue, phrases such as “Unidentified Artist” and “Attributed to” abound, reminding us that the study of Latin American viceregal art still requires what one may call “connoisseurship as epistemology.” Nevertheless, the catalogue entries, by Katzew and a distinguished group of Latin American specialists, provide a rich cultural context and notable, recent documentary investigations advancing understanding of the social uses and commercial interchanges behind many of the objects.

A word must be added about what is in many ways the most extraordinary achievement of the collection: a truly world-class representation of the viceregal arts of design. Here, Katzew and her colleagues have taken advantage of the unusually high-quality selection of decorative arts available on the market in the last three decades to assemble a representation spanning two continents and every conceivable medium. (The catalogue map of the Western Hemisphere with the original sites of the works in the collection simply takes the breath away.) Only the equally deep holdings of the Hispanic Society Museum and Library in New York may be said to rival the new LACMA decorative arts.

Finally, an obvious question: how on earth did LACMA find the resources to acquire these treasures? Here, extremely clever collections management, greatly augmented by Katzew’s international connections and skill, provides the answer. Over and over again, objects bear the credit line, “Bernard and Edith Lewin Collection of Mexican Art Deaccession Fund.” When Katzew arrived in Los Angeles, she found a collection of modern Mexican art with what sports fans would call “a deep bench.” Through judicious deaccessioning, the modern collection was refined, and the funds obtained were used to expand the viceregal holdings. The result is a great aesthetic blessing for Los Angeles (and the rest of us). LACMA’s director, Michael Govan, can be excused for speaking of “our leadership in the field.” Of course, there are other leaders in North America with Latin American viceregal art—the Denver Art Museum, the Ficke Collection at the Figge Museum, the Thoma Foundation, and, of course, the Hispanic Society—but it is now undeniable that LACMA is truly among them.