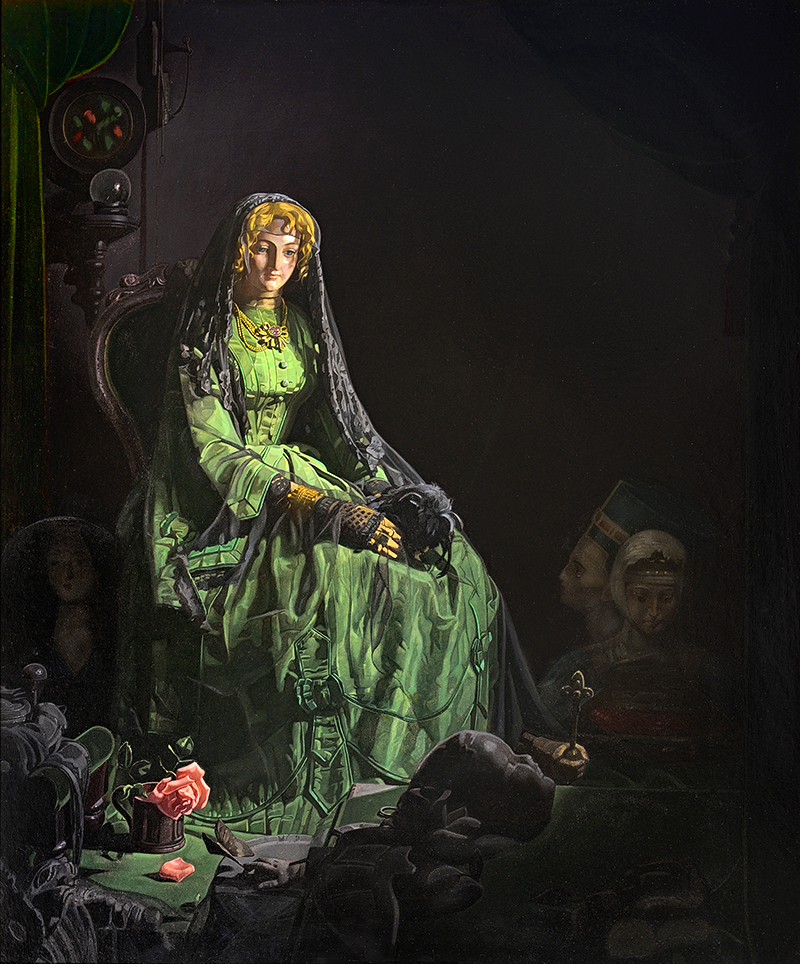 Life is weird. That, in a nutshell, might have been the credo of the early twentieth-century artists known as the magic realists. The style emerged in Europe as a response to the rise of abstraction in art after World War I. By the 1930s its influence could be discerned in the work of American artists such as Paul Cadmus, Ivan Albright, George Ault, and—at times—Grant Wood. Their paintings seem somehow off-kilter, suggesting a view of the world through uneasy eyes. Unlike the surrealists—to whom they are often compared—the magic realists were not part of an organized art movement, nor were they interested in the twists of the subconscious mind. Their subject was the essential mystery and strangeness of the human condition.

The new exhibition Extra Ordinary: Magic, Mystery, and Imagination in American Realism at the Georgia Museum of Art examines this still-intriguing and influential movement, which art historian Philip Eliasoph describes in the show’s catalogue as a “mysteriously cloaked sub-current tucked inside the magisterial story of American painting.”

The term “magic realism” entered the lexicon of American art in 1943 when the Museum of Modern Art hosted the exhibition Americans 1943: Realists and Magic-Realists. Alongside some historical examples of realism in American art—by the likes of Raphaelle Peale, Thomas Eakins, and George Caleb Bingham— the show featured works by contemporary magic realists such as Cadmus, Albright, Louis Guglielmi, John Atherton, and Andrew Wyeth. “Magic realists try to convince us that extraordinary things are possible,” critic and cultural polymath Lincoln Kirstein explained in the MoMA catalogue introduction, “simply by painting them as if they existed.”

Extra Ordinary includes an assortment of paintings originally featured in MoMA’s 1943 show, but goes on to present a broader and more diverse selection of artists. Along with well-known artists such as George Tooker and John Wilde who embraced magic realism in the postwar years, the Georgia exhibition highlights under-sung female artists and artists of color such as Priscilla Roberts, Honoré Sharrer, and Hughie Lee-Smith.

One such artist featured is Anglo-American painter Colleen Browning. She learned Renaissance painting techniques at London’s Slade School of Fine Art in the late 1930s. After her immigration to the United States in 1949, Browning earned critical favor for her depictions of street scenes—both at home in New York and abroad—such as Fire Escape II (1953) and Mother and Child, Ibiza, Spain (c. 1951). As a magical realist, Browning blurred the lines between reality and fantasy—rendering quotidian rituals in a way that is simultaneously beautiful and a bit bizarre. In Browning’s hands Mother and Child, Ibiza, Spain becomes more than a portrait of simple family folks, but rather something more reverential, a modern take on Duccio’s Madonna and Child. And that in itself is magic.