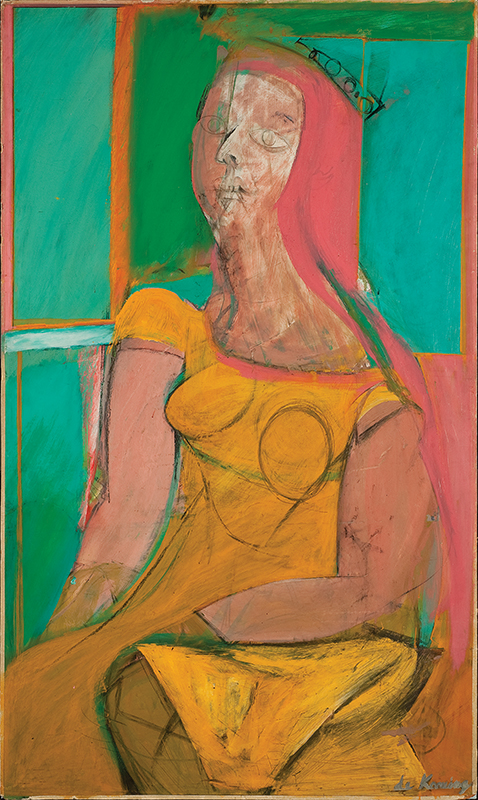 Albert Barnes, the pioneering American collector of modern art, visited the gallery of artist Chaïm Soutine’s dealer in Paris in 1922 and bought everything available— some fifty paintings in all. Thirty years later, the Dutch-born artist Willem de Kooning and his wife, Elaine, visited the Soutines in the collection of the Barnes Foundation at its then home in suburban Philadelphia. De Kooning left the museum enthralled.

A new exhibition at the Barnes Foundation in downtown Philadelphia, organized with the Musées d’Orsay et de l’Orangerie in Paris, will unite the work of Soutine and de Kooning, placing the two artists—as curators like to say—in conversation. Art is a continuum, the present building on the past. But rarely are we given such a direct demonstration of the way in which one great artist influenced another. Soutine was admired by later generations of artists for the manner in which he painted— his vigorous brushstrokes, his application of pigment in thick layers. But, for de Kooning, there was also a deeper connection to Soutine. Neither artist can be pigeonholed stylistically. Both sought a middle path between representation and abstraction— a synthesis of figure and gesture. Hanging side by side, their works represent a dialogue between two kindred spirits.