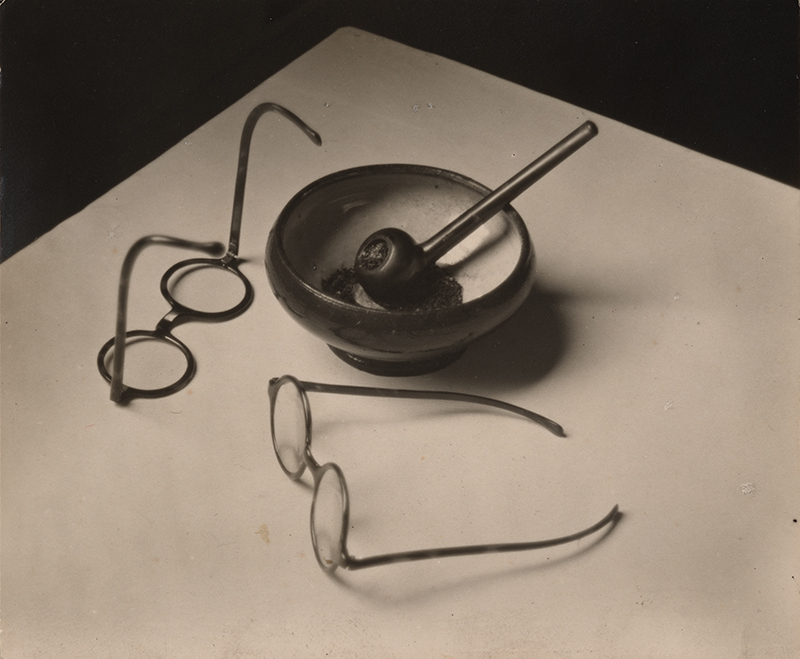 Before photographer André Kertész began to exhibit his work alongside that of Man Ray and Berenice Abbott, or to field high-profile assignments from magazines such as Collier’s, Harper’s Bazaar, and House and Garden, he was just another immigrant in postwar Paris. He’d arrived in 1925 almost penniless, intent on making his way with his camera, a device he’d been practicing with since the war years, when he would write to his family on the backs of pictures he shot. In Paris, rather than adopt the photojournalist’s glossy paper or the platinotype of art photographers, Kertész returned to the familiar format of the postcard, or carte postale. These small, idiosyncratic art objects form the content of a current exhibition at the High Museum of Art, André Kertész: Postcards from Paris, which draws on a particular collecting strength of the Art Institute of Chicago, where the show was organized and debuted.

If Kertész’s choice of medium (selected in part for its cheapness) might suggest a touristic, snapshot-oriented approach, the work he produced during the three years following his arrival in Paris clearly demonstrates otherwise. Fastidiously composed, framed, and exposed pictures of friends and acquaintances, cityscapes, and interiors show Kertész’s intuitive grasp of artistic conventions as well as his attunement to the changes that those practices were undergoing in a city brimming with artistic ferment. In the photographer’s signature work from those years, Chez Mondrian, the creamy, textured carte postale paper creates a visual link between this image and the painterly work of pictorialist photographers like Clarence White from a generation before. Yet the image’s balance, rhythm, and surprising formal juxtapositions mark this work as every bit as modern as a Mondrian canvas.

Cartes postales served a dual purpose for Kertész. They were conveniently sized for sending home to Hungary, and also acted as a portable testament to his talents and an advertisement for his services, a sort of “passport,” in the words of Art Institute curator of photography and media Liz Siegel, to Paris’s artistic beau monde. The portraits, when considered chronologically, communicate Kertész’s widening circle of artistic acquaintances, which at first included fellow Hungarian expats such as the painter Lajos Tihanyi and sculptor Joseph Csáky, and later expanded to embrace names like Mondrian, Picasso, Marc Chagall, and Brassaï.

In March 1927 Kertész was honored with his first solo show, at the Galerie au Sacre du Printemps in Montparnasse. The following year he acquired a 35 mm Leica camera and was on his way. Though Kertész made no more carte-postale prints after 1928, they remain some of his most iconic works.

André Kertész: Postcards from Paris • High Museum of Art, Atlanta • to May 29 • high.org