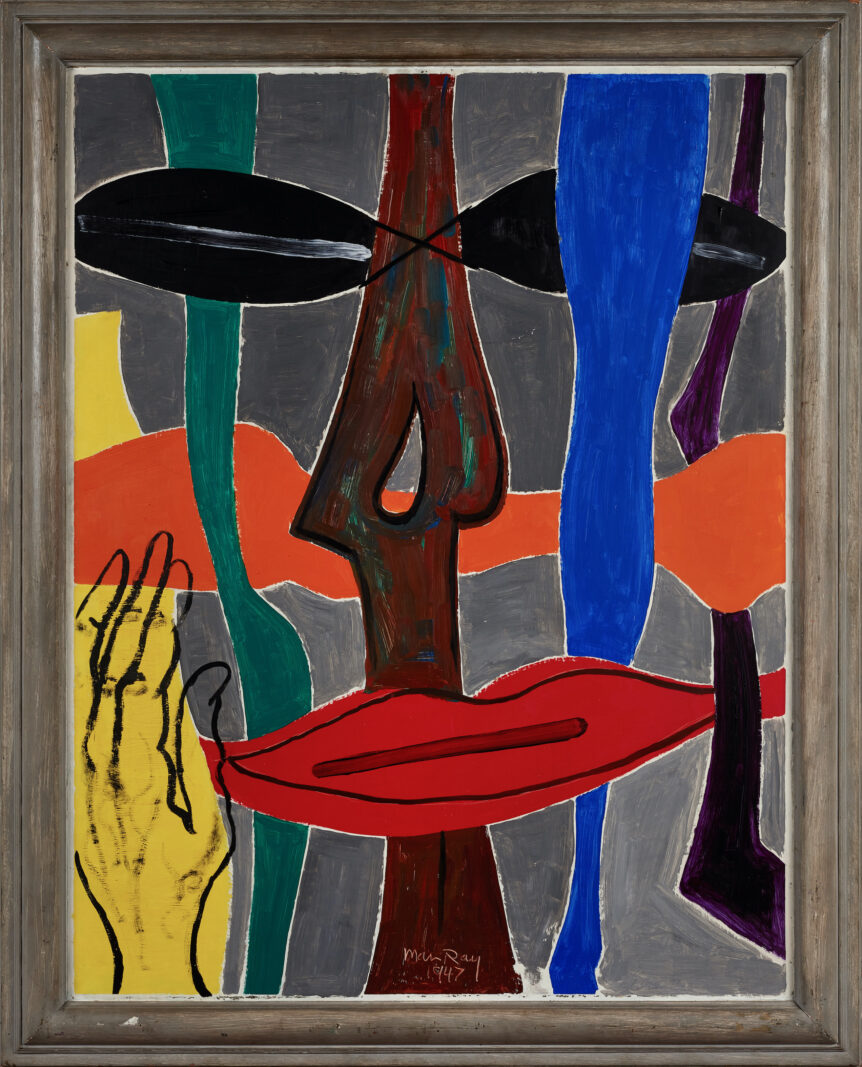 Vito Schnabel Gallery in New York is now presenting a small exhibition consisting of four paintings by Francis Picabia and five by Man Ray. Both men were icons of the avant-garde, absurdist art movement Dada of the early twentieth century. They were also friends. And although both were intimately associated with Paris, Man Ray was actually born in Brooklyn and, to the end of his days, spoke English (and French) with a Brooklyn accent. Both men are held in high esteem these days: Man Ray has always had a high reputation, whereas Picabia’s, which had fallen considerably in recent years, was greatly enhanced by the giant retrospective recently at the Museum of Modern Art.

Stylistically, the works of these two pioneers are quite different. Those of Man Ray date from 1944 to 1957 and are all very nearly abstractions, despite his subversively titling one of them Non-Abstraction. Still, their adherence to the observable world is tenuous at best, due to their reliance on Piccasoan and Kleeian forms. One senses that they are important, even though one is interested in them because they are by Man Ray, rather than the other way round: his reputation continues to rest more firmly on his photographs and other Dadaist activities.

The four paintings by Picabia, in their almost academic legibility, are more in keeping with what we usually associate with this artist, who after all was a painter first and foremost. If the recent MoMA show proved one thing it was that there is an aspect of the performance artist to Picabia’s career and each painting and each work in a dozen other materials, must be judged less on its own terms than in terms of its contribution to that massive single work that was his life. It is in this sense that works as divergent as the depiction of an admirably statuesque Woman in a Blue Shirt from 1942, and the far more elusive Stanhopea Martiana, from ten years earlier, assume their full meaning.