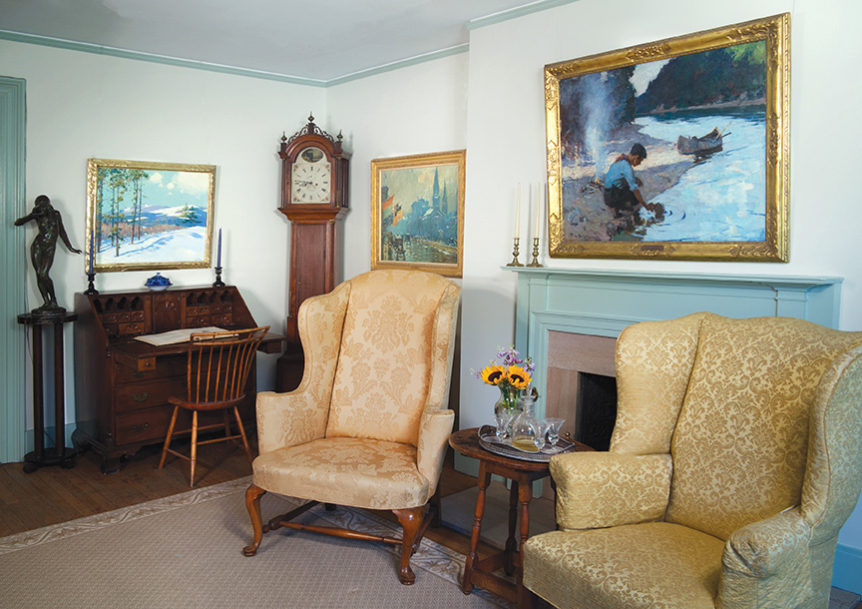 Fig. 5. Purple Iris by Murphy. Signed “H Dudley Murphy” and monogrammed at lower right. Oil on board, 16 by 12 inches; frame carved and gilded by Murphy.

The term “old school” could almost have been invented to describe the Vose Galleries, that venerable Boston art institution now celebrating its 175th year in business. In honor of that almost unprecedented milestone for an art gallery, the two owners, Abbot “Bill” and Marcia Vose, who have been married for forty-four years, have decided to put on display a selection of their private collection of American impressionists, assembled over the past four decades, as part of an exhibition titled Crosscurrents: The Colonies, Clubs & Schools That Established Impressionism in America. The show can be seen in their sumptuous gallery at 238 Newbury Street, in one of the most elegant parts of Boston’s Back Bay.

From the beginning, the Vose Galleries has specialized in American artists ranging from the seventeenth century to what, at any given point, was the present. The business was founded in 1841 by Joseph Vose as an art supply store in Providence, Rhode Island, and within a few years his son Seth was introducing the French painters of the Barbizon school to an American audience. In 1896 the firm opened its first Boston branch, and when, in June 1924, they created a new gallery in Copley Square, at 559 Boylston Street, that four-story gallery had the distinction of being the largest in America outside New York. In 1962 Bill’s father, Robert Vose Jr., moved the gallery again, this time to its present location, where Bill and Marcia now live above the store, so to speak. In recent years, the gallery’s scope has expanded to include living artists, but of a decidedly figurative and often neo-impressionist bent.

At the time when the Voses began to collect, in the 1970s, the market for American impressionism was nearly non-existent. And it was the energetic evangelism of Bill himself, traveling around the country and lecturing on the subject, that helped persuade collectors to invest in this previously little known corner of the art world. Indeed, it was a shared love of impressionism that brought him together with Marcia, who, although a native of Wilmington, Delaware, is now, to all appearances, a committed Bostonian.For an art critic from New York like the author of this article, it is easy to succumb to the parochial belief that all art flows through the Big Apple, and that, if an artistic school is not represented in its myriad galleries, then that school doesn’t exist. All it takes is a visit to the Voses to purge oneself of such a notion. One quickly learns that there was a large and worthy universe of artists and artistic schools that populated New England a century past. The Voses discuss these bygone masters with a fluency that can be daunting and even bewildering to anyone who is not from their part of the world. As they enthusiastically discuss their collection of American impressionists, Marcia and Bill pepper their conversation with references to the artist colonies of Provincetown and Monhegan Island, of Rockport and Rocky Neck, as well as with names like Edmund Tarbell, Frank Weston Benson, and Ignaz Gaugengigl.

Surely, American impressionism is, thanks in some measure to the Voses’ advocacy, far better known and more respected these days than it was forty years ago. Childe Hassam, William Merritt Chase, and John Henry Twachtman have appeared in a number of high-profile exhibitions, even retrospectives, in recent years. But, as the show at Vose Galleries proves, much of that art and many of its artists remain unknown to the larger public.

To judge from the admirable collection they have assembled, the Voses work with a rather broad definition of American impressionism, ranging from semi-realists like Benson to full-bore impressionists like Hassam over a period extending from the Belle Époque into the 1930s and beyond. Thus, Early Morning, Wellfleet, Massachusetts by R. H. Ives Gammell, although it surely looks impressionist, dates from 1954.And consider the range of styles that are contained under the rubric of American impressionism. Leslie Prince Thompson’s On the Beach (Fig. 3) has been conceived in a nearly classical impressionist style that would have made sense to Monet. Frank Vincent DuMond, by contrast, conceived his landscape Late Spring (Fig. 4) in a far more naturalistic way that conforms to observable reality and recalls the luminist painters of the mid-nineteenth century. Somewhere in between falls Hermann Dudley Murphy’s Purple Iris (Fig. 5), which reveals the broad, impastoed brushstrokes of the impressionists in the service of a far more realistic idiom than was seen in Thompson’s work.

Although some of the works on view in Crosscurrents depict Venice and Paris, most of the subjects in works the Voses own are far closer to home, many of them scenes from around New England. The collection abounds in such appealing scenes as A Cup of Water by Benson, from 1928 (Fig. 6); George Loftus Noyes’s Lobster Cove, Annisquam, from 1905 (Fig. 7); and Theodore Wendel’s charming winter scene, Sledding, Ipswich, Massachusetts, of about 1909 (Fig. 1).

A brief conversation with the Voses, with their irrepressible enthusiasm for their subject and their daunting knowledge of it, is all the evidence one needs to confirm how fully committed husband and wife are to the cause of American art. The property that houses their business is so valuable that they could easily sell it for a fortune. But they won’t do that because of their great love of the paintings they collected and the paintings that they sell. They freely admit that there have been difficult times of late, with the taste for American impressionism not quite so robust as it once was. But things have picked up relative to the crash of 2008. And now that their two daughters, Carey and Elizabeth, have entered the family business, the gallery looks well positioned to thrive.