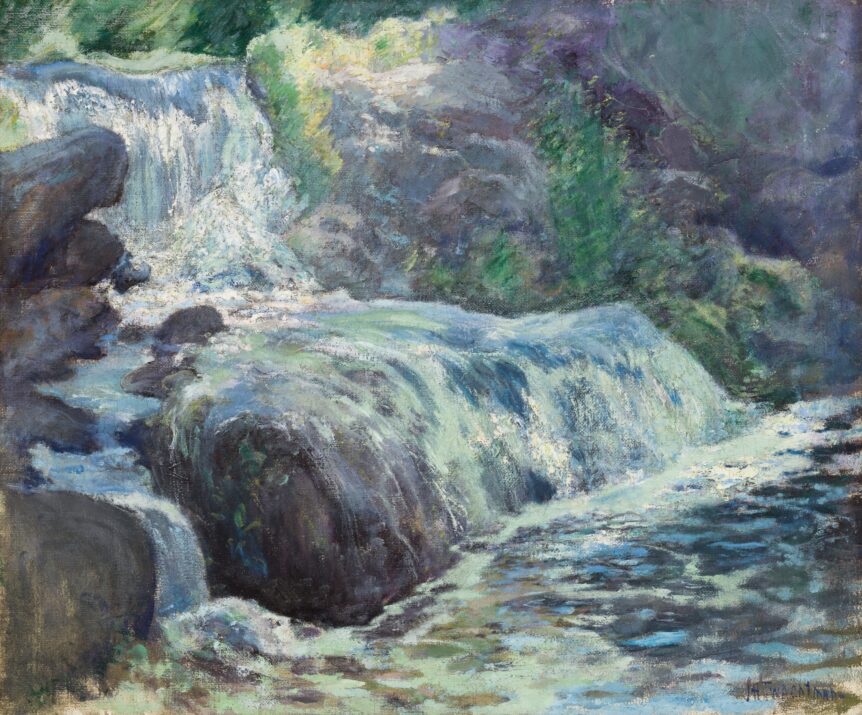 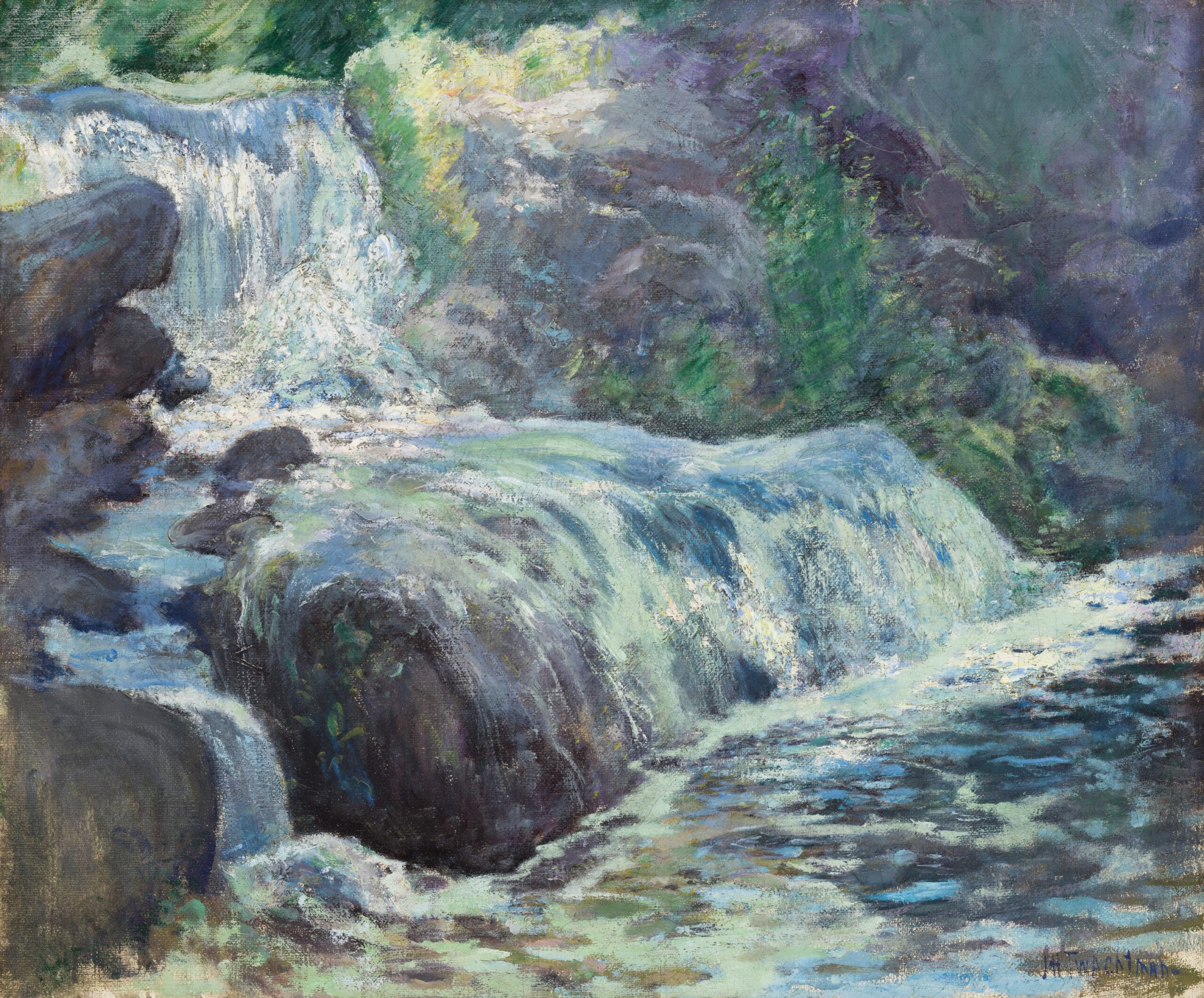 In Connecticut, the Greenwich Historical Society has finally been able to mount Life and Art: The Greenwich Paintings of John Henry Twachtman. The show was meant to go on view last fall, but that plan was scotched thanks to flooding caused by Hurricane Ida.

The exhibition examines the artworks created by the American impressionist while living in a farmhouse in Greenwich. Twachtman and his friend and fellow artist J. Alden Weir had been introduced to the Connecticut countryside in the late 1870s. Weir promptly bought a farmhouse near Cos Cob, which became a magnet for other painters, including Albert Pinkham Ryder and John Singer Sargent. It wasn’t until 1890, following a successful auction of his paintings and pastels, that Twachtman achieved the financial wherewithal to purchase his own property and move there from New York with his family. “To be isolated is a fine thing and we are then nearer to nature,” Twachtman wrote to Weir in 1891. “I can see how necessary it is to live always in the country—at all seasons of the year.”

For Twachtman, Greenwich soon became what his home in the town of Giverny was to Claude Monet: “a place both of this world and apart from it—a garden of the artist’s mind as much as of the earth,” as Thomas Connors wrote (“Connecticut Idyll,” November/ December 2021). Lisa N. Peters, curator of the new exhibition and author of the accompanying catalogue, told Connors: “One could say that Twachtman felt the Greenwich landscape was worthy of divine status, an apotheosis if you will, which he achieved by memorializing it in his art. His Greenwich home enabled him to fulfill a pantheistic existence, living in harmony with nature and thus, in a sense, being part of the natural world. By depicting what he created aesthetically, through architecture and the land itself, he turned his paintings into commentaries on his artistry, making the nature of art their true subject.”