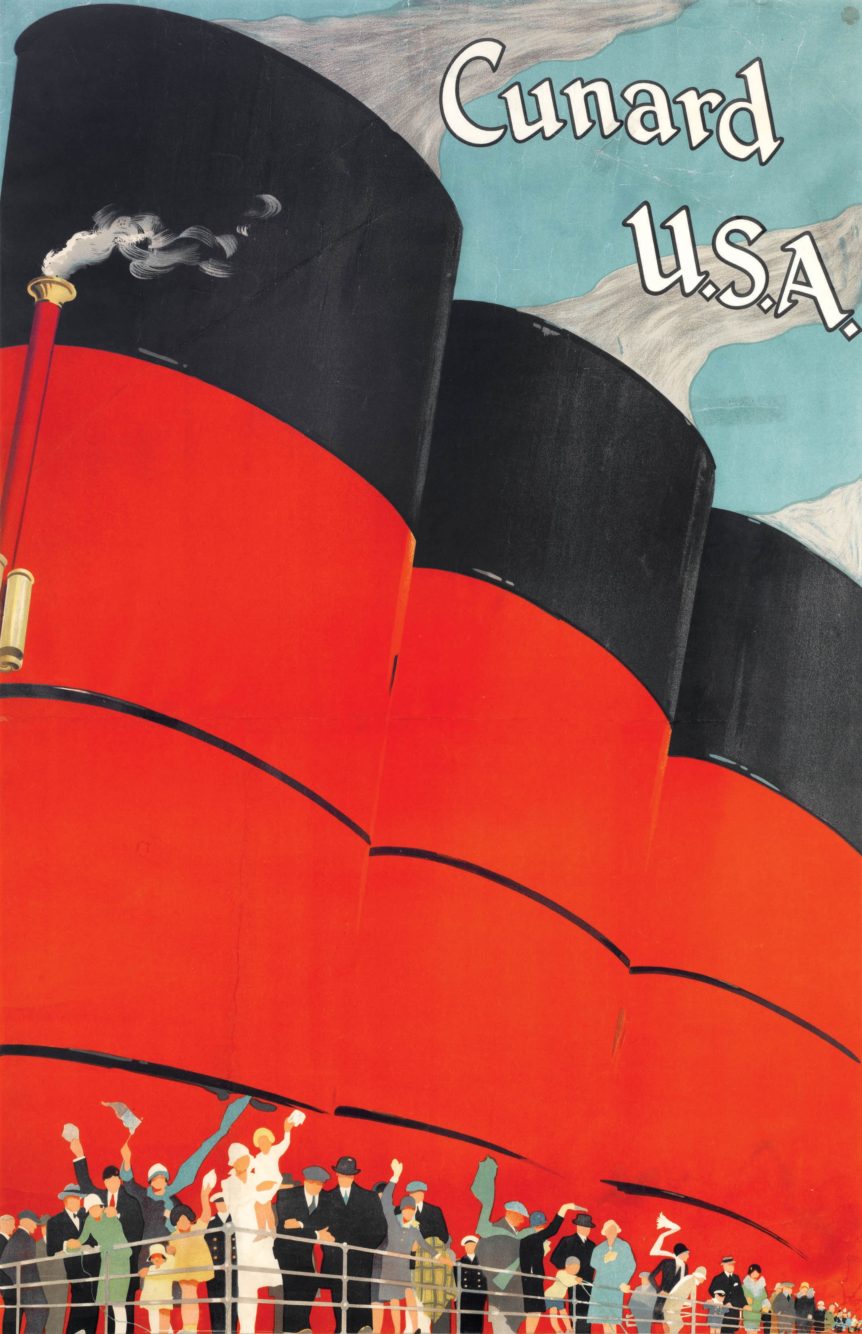 Before automobiles and airplanes, there was no more compelling symbol of technological progress than the ocean liner. While today’s cruise ships, with their towering superstructures built to hold thousands of guests, are certainly about movement (and seemingly limitless dining options), the ocean liners of the nineteenth and twentieth centuries were about travel—getting from point A to point B as fast as possible, in the most sophisticated surroundings. The Peabody Essex Museum in Salem, Massachusetts, will revisit this grand era of travel this summer in the show Ocean Liners: Glamour, Speed, and Style. The exhibition, organized with the Victoria and Albert Museum in London, brings together nearly two hundred items from institutions and private collections, including paintings, sculptures, ship models, furniture, lighting, wall panels, textiles, fashion, photographs, posters, and film.

Ocean liners were the objects of intense competition not only between shipping companies—which vied to establish new speed records for the trans-Atlantic crossing—but also countries. Luxurious vessels such as the Queen Mary, the Normandie, and the Andrea Doria became symbols of pride, exemplars of national taste. The exhibition is arranged by historical design movements—from beaux arts and art nouveau to art deco and modernist—so visitors can compare and contrast interpretations of a given style. “In the beaux arts section, for example, there are elements from British, German, and French ships placed near one another, allowing visitors to appreciate similarities across the movement and individual national styles,” says show co-organizer Daniel Finamore, the Russell W. Knight Curator of Maritime Art and History at PEM. “Posters also portray both international trends in design and distinctive attributes of a country, a shipping line, and sometimes an individual ship.”